What Year and Where Does Take Pistol Place? 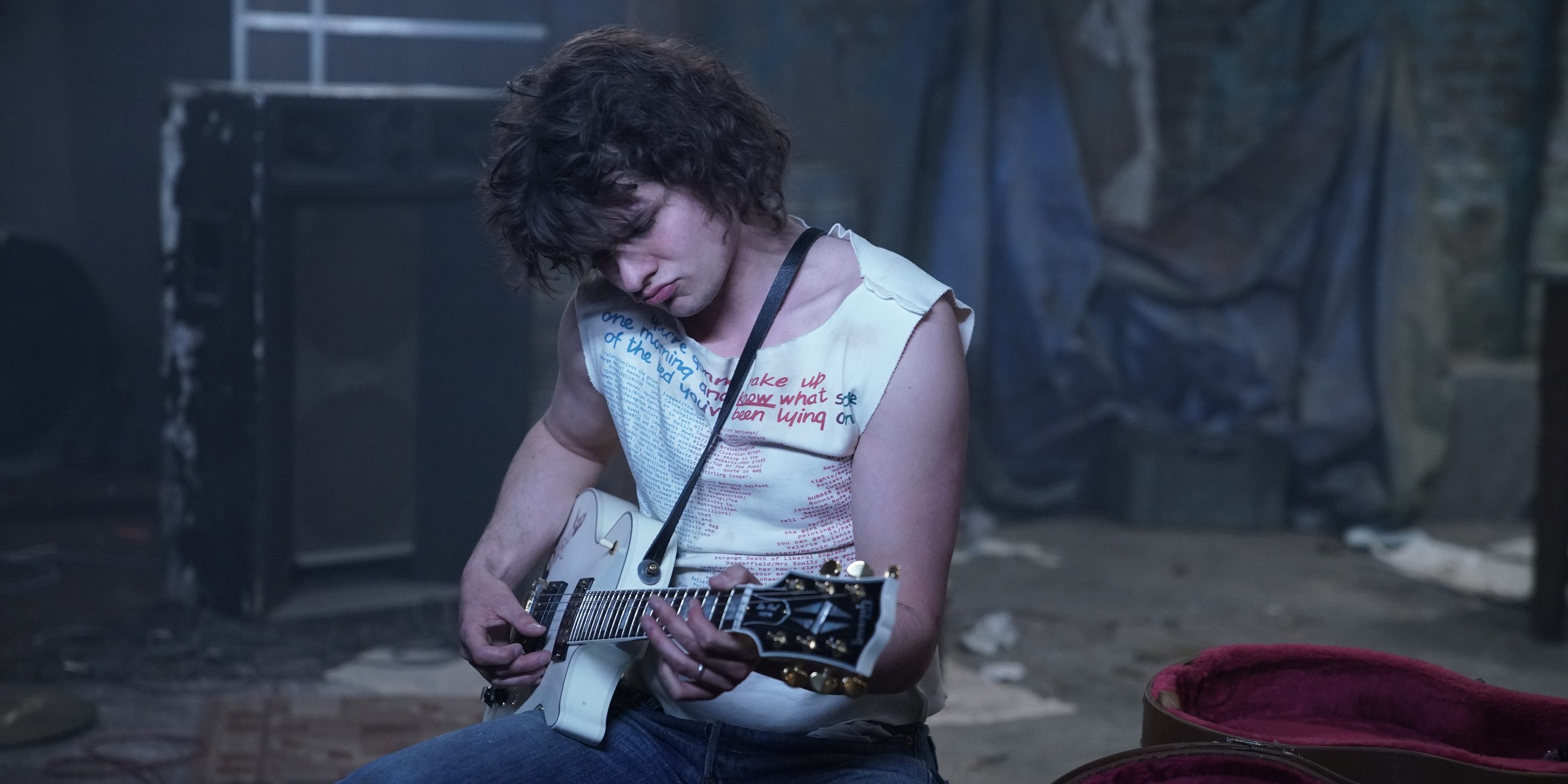 Created by Craig Pearce, FX on Hulu’s biographical drama series ‘Pistol’ centers around the formation of famed punk rock band Sex Pistols. The series is a detailed depiction of the lives of the band members, Steve Jones, Johnny Rotten, Paul Cook, Glen Matlock, and Sid Vicious. Along with astounding revelations concerning the lives of “the Pistols,” the series offers a fascinating look at a specific period in history. The period elements of the show are intriguing and enchanting, making one eager to know more about the setting of the drama. On that note, here’s everything you need to know!

When and Where is Pistol Set?

‘Pistol’ is set in England, chiefly in London, in the 1970s. The period witnessed the emergence of the punk subculture, which focused on anti-establishment ideals, non-conformity, individual freedom, and anti-authoritarianism. The main proponents of the punk subculture were music and fashion of the time and the Sex Pistols were one of the most significant presences during the period. In 1977, Sex Pistols released “God Save the Queen,” challenging the authority of Queen Elizabeth II and stressing the “no future” under the monarchical rule.

A major portion of the show is set in this late ‘70s period, portraying how the band propelled anti-authoritarianism. The costumes that are seen in the show also align with the ones that were used in the ‘70s, specifically reminding us of the “London punk look.” Vivienne Westwood, a significant character in the show, ran the boutique named SEX in the mid-’70s to propagate the iconic punk fashion. Sex Pistols embraced the same and wore studded leather jackets, ripped T-shirts, and black suede creepers, reportedly partially stylized by Pamela Rooke Jordan.

Along with Sex Pistols lead singer Johnny Rotten, Soo Catwoman, and Siouxsie Sioux, Pamela became the face of the London punk look in the late 1970s. ‘Pistol’ also sheds light on Vivienne and Pamela’s significance in shaping “the trend” of the time. The miniseries is set in a period in which male dominance was shattered by women in punk fashion and music. Several women artists challenged the male dominance of rock and heavy metal music of the time by involving in punk music and subculture in general.

The emergence of Vivienne as a fashion designer and the presence of bands like The Runaways, The Slits, The Raincoats, etc., which included women artists, are the testaments of the same. Chrissie Hynde, as the show depicts, found The Pretenders during the same time. While portraying the emergence of the Sex Pistols, the show also depicts the lives of the women artists of the time. The punk subculture of the 1970s in England celebrated androgyny. The human body was considered a tool to question the traditional gender expectations and prejudices.

Cross-dressing was an integral feature of the period. Men wearing ripped-up skirts, fishnet tights, and excessive makeup were common sights. On the other hand, women embraced nudity to challenge the male gaze and wore oversized plaid shirts, jean jackets, and heavy combat boots. ‘Pistol’ opens a window to these elements of the time as well. Pamela’s arrival at SEX in a see-through dress to question the stereotypes associated with the body of women is based on an actual incident and is an example of how women battled conventional norms of the society during the punk era.

More than a biography of Steve Jones and other Sex Pistols, ‘Pistol’ succeeds in fascinating the viewers with an authentic portrayal of London in the late 1970s. The show explores the nuances of punk subculture and portrays how it affected the Sex Pistols to become one of the most pivotal anti-establishment forces of their time.