Where Are Bad Daditude From Floor is Lava Now? 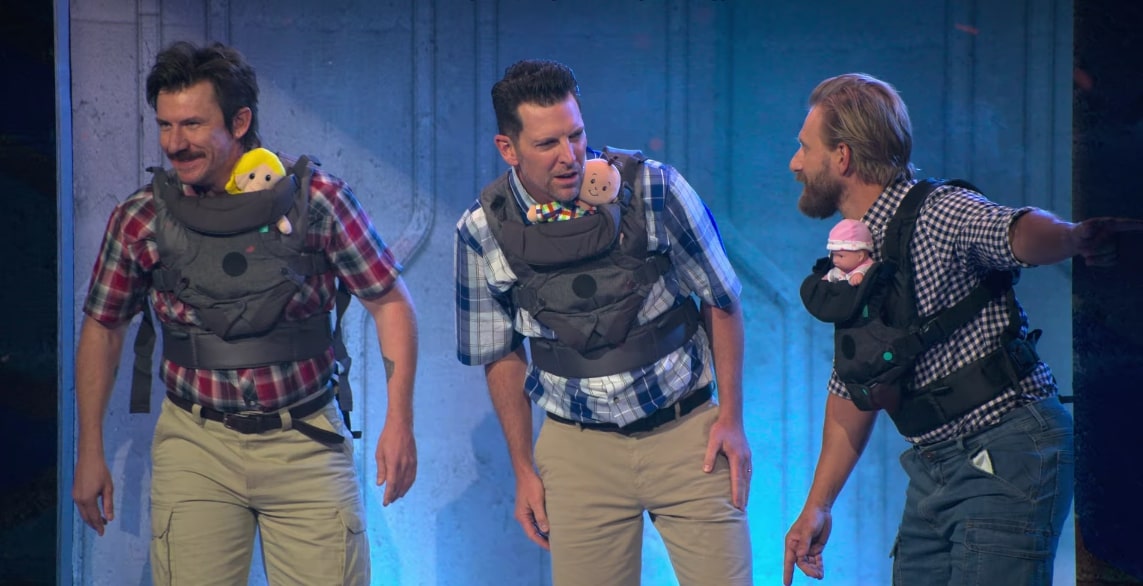 In what can only be described as a game show that takes our beloved childhood pastime and turns it into a genuine competition for adults, Netflix’s ‘Floor is Lava’ is as silly as it is entertaining. After all, it follows different teams as they leap from stools, hang from walls, and swing from different kinds of ropes in an attempt to navigate rooms flooded with bubbling “lava,” literally. Amongst them in season 2 were Bad Daditute, who actually won the $10,000 grand prize in the first episode through sheer teamwork — so now, let’s find out more about them, shall we?

Bad Daditude comprises three men who are not only experienced with diapers and dad jokes but also deadlifts; South California residents Chris Mann, Luke Barnett, and Tanner Thomason. As per their own accounts, they are close friends that “met in our midlife crisis [of] joining the same gym,” with Luke adding, “We all go to a CrossFit gym. [Well,] only Tanner goes. Chris and I pay a monthly fee.” We should mention that it’s no surprise if you recognized any of these three individuals because none of them are new to the entertainment world or even in front of the cameras. 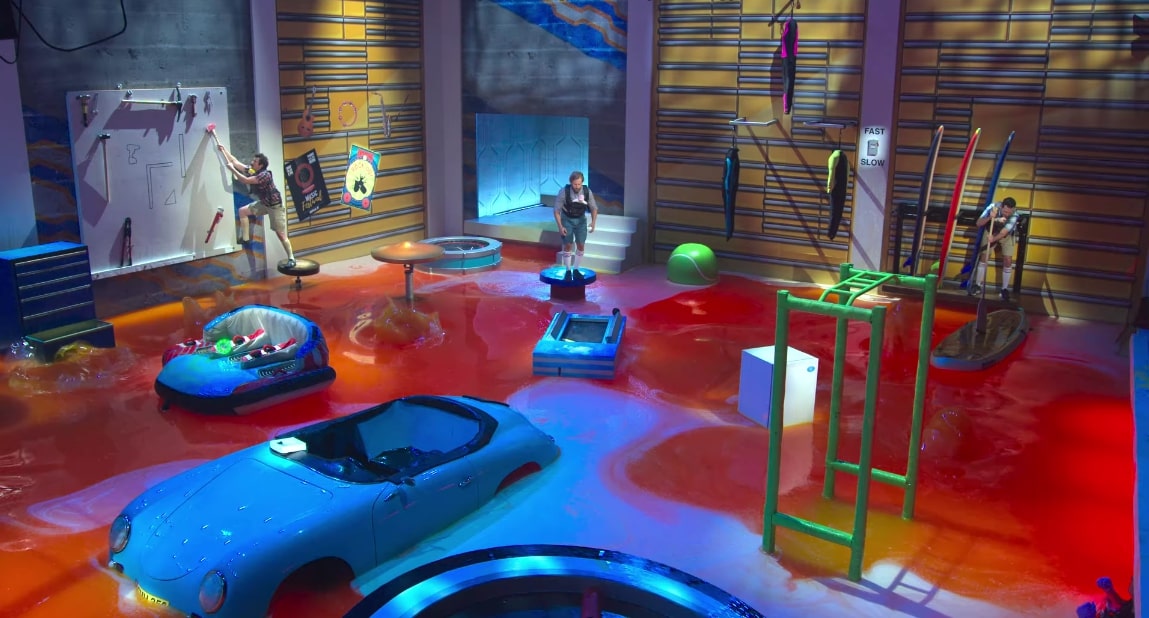 While Chris Mann is a singer-songwriter as well as an actor who came fourth in the second installment of NBC’s ‘The Voice’ before releasing two studio albums, Luke is an actor, writer, and producer. The latter is actually the brains behind the 2020 Christian comedy film ‘Faith Based,’ along with being a credited star in ‘Muppets vs. Goldman Sachs,’ ‘The Right Mom,’ and ‘NCIS: Los Angeles,’ amongst many other productions. Coming to Tanner, he’s an actor, producer, and television personality with over 50 credits, including in ‘Super Sportlets,’ ‘Maidens of the Sea,’ ‘Lemon Drop, and ‘Faith Based.’

Where Are Bad Daditude Now?

From what we can tell, the Bad Daditude trio hasn’t changed much about their daily experiences since winning the massive $10,000 cash prize as well as a lifetime of bragging rights. That’s despite Chris’ quip of them needing to succeed because every day is like Groundhog Day for them; “We wake up. We do diapers and school. Then it’s bedtime, and it’s bottles, and it’s crying… I’m sorry. I just need to let out some rage.” With that said, though, it’s imperative to mention both Chris and Luke are incredibly proud of their families in real life, whereas Tanner continues to be a great, fun uncle.

The singer-songwriter has thus not only landed roles in big productions such as ‘Peter Rabbit’ as well as ‘Pam & Tommy’ and evolved into a stand-up comedian, but he’s also glad to have a wife and two sons. Chris is married to eastern medicinal expert Laura Perloe Mann (2013), with whom he shares Hugo (2017) and Rocky (2021). As for Luke, the (currently filming) ‘Anne, With Love’ star has found a life partner in Emily Harrison Barnett, and they have an adorable young daughter called Penny.

On the other hand, Tanner Thomason is Uncle Tanner for Harper, Haven, JJ, Bowman, and Walker, all of whom he is extremely close to, as evidenced by his social media platforms. He has actually seemingly known Luke for a long time, considering their 2013 project ‘Kickstarter to Help Luke and Tanner Do Cool Stuff!’ yet, more importantly, he currently serves as a television presenter. Tanner is a co-host for Fox TV’s ‘Dish Nation’ right now, but he has even been associated with ‘ET Live,’ ‘Hollywood Today Live,’ and ‘Hollywood Today’ at one point or another.

Read More: Where Are The Kickballers Now?