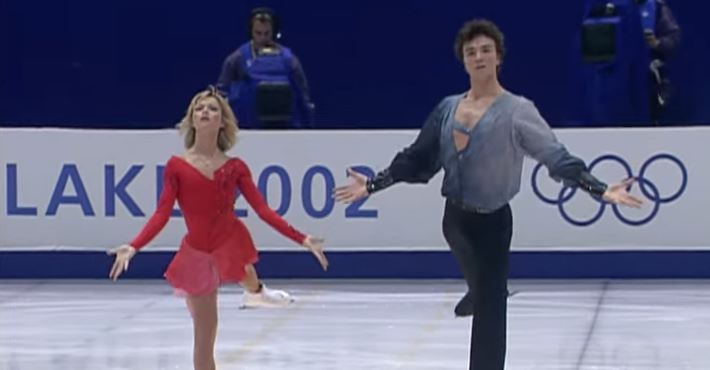 During the 2002 Winter Olympics, the competition was heating up in competitive figure skating, with the Canadian and Russian pairs looking like the favorites to take gold. While the performances were completed with minor hiccups, the judges’ decision led to a lot of controversy at the time. Elena Berezhnaya and Anton Sikharulidze, the accomplished Russian pair, were awarded the gold medal, but questions regarding how the results were decided marred the event. Netflix’s ‘Bad Sport: Gold War’ provides a fascinating look at the fiasco. So, let’s find out what happened to Elena and Anton since then, shall we?

Elena Berezhnaya started skating when she was quite young. Her dance partner when she was around 14 years old was Oleg Shliakhov. As per the show, Oleg was abusive and temperamental, leading to tension during their practices and performances. In 1996, Elena had a skate hit her head, slicing into her skull, during a practice session with Oleg. The doctors at the time weren’t sure if she could ever skate again, but she did, starting practice about two months after the incident.

Elena then paired up with Anton Sikharulidze and trained under Tamara Moskvina. The young skating partners were quickly considered a force to be reckoned with. They bagged a silver medal in the 1998 Olympics, setting the stage for them to win many more competitions from then on. They faced stiff competition from the Canadian skating pair Jamie Salé and David Pelletier. Elena and Anton finished second behind them at the 2001 World Championships. This made for an exciting face-off during the 2002 Winter Olympics in Utah.

The Russian pair did commit a few errors during their performance. The Canadian pair’s routine was widely considered the better one at the time in terms of execution, but in the end, Elena and Anton were awarded the gold medal. When the International Skating Union decided to look into how the judgment came by, they concluded that one of the judges, Marie Reine Le Gougne, had acted improperly. She claimed that the President of the French Skating Federation pressured her into voting for Russia, with hers ultimately becoming the deciding vote in a 5-4 win for Elena and Anton.

Anton was initially not happy with the allegations that politics played a part in the decision, saying, “The media is making us like bad guys. We are not bad guys. We never talked to judges. I don’t have enough money to buy nine judges. We are good skaters, and we are good guys. I can’t really enjoy this. I can’t even talk to my parents about this.” In the end, Russia and Canada were both awarded the gold medal.

Shortly after the Olympics, Elena and Anton retired from competitive figure skating and, just like Jaime and David, toured with Stars on Ice. The Russians also had an on-and-off relationship that was reported to have ended in 2002. Elena retired from skating in 2011 and now seems to coach in Saint Petersburg, Russia. She has two children with her ex-husband Steven Cousins and seems to live in Russia, spending time with her kids. Anton made a foray into politics in 2006. He had a son with his partner, Viktoria, in 2014 and from what we can tell, lives in Russia.