Where Are Erin Brockovich’s Kids Now? 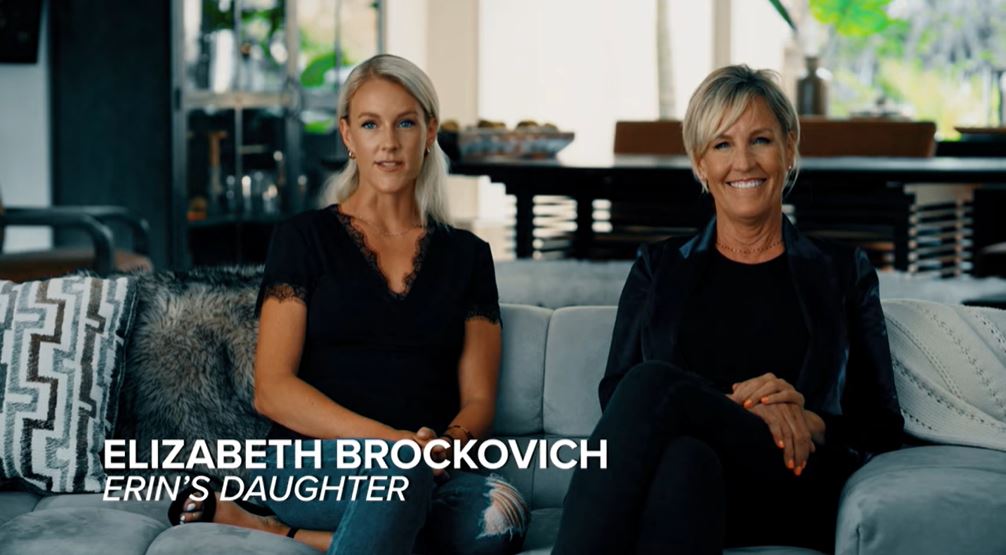 ABC’s ’20/20: The Real Rebel: The Erin Brockovich Story,’ examines the life and advocative work of none other than Erin Brockovich, who, despite her lack of education in law, was instrumental in the suit against Pacific Gas & Electric Company for groundwater contamination. This special episode, as the title suggests, also delves into her struggles growing up in Kansas and as a mother who abruptly got pushed into the spotlight. So now, if you are curious to know more about her three children, her relationship with them, and where they are today, we’ve got the details for you.

Who Are Erin Brockovich’s Children?

Erin Brockovich has three children, who come from her different marriages through the years. Her son Matthew Brown (born May 1983) and daughter Katie Brown are from her first union with Shawn Brown, whereas her other daughter, Elizabeth “Beth” Brockovich, was born around the early 1990s to her and Steven Brockovich. The environmental advocate did not have any children with her third husband, actor and country musician Eric Ellis, who parted ways with her in 2012. Despite all her personal relations, though, Erin did her best to provide her kids with a happy and stable life.

In fact, in an interview with Vulture, Erin described how she got a job as a clerical worker in a law firm soon after her second divorce was finalized in 1990 as she had three kids but no child support or alimony of any kind. “I was in a position as a single mom that I needed to work. I was doing what I needed to do for my children to have food on the table.” Plus, that’s also how she discovered the groundwater contamination in Hinkley, California. In the years that followed, while Matthew and Katie stayed away from the limelight, things took a turn for little Elizabeth “Beth” Brockovich.

Starting from the tender age of 12, Beth began to smoke marijuana, drink, and indulge in other drugs. In fact, she was addicted to hard cocaine and prescription pills by the time she was 14 because she couldn’t handle her mother’s fame. Yet, that’s also the reason Beth hid her struggles until she hit rock bottom while tripping on LSD. She not only ditched school and let her grades go “down the toilet,” but she also stole from her mother, acted defiantly, and lied daily. Still, once Erin learned the truth, she stuck by her daughter, helping her through rehab and the entire recovery process.

Where Are Erin Brockovich’s Children Now?

“I will fight for her to the end — again,” Erin told GMA in 2009 when asked what she would do if Beth relapses. “And we’ll do it together and stronger than ever [but], hopefully, we won’t have to go there. I love [Beth] and I’m her parent and I will be there for her.” Her daughter then continued to say, “I am definitely not cured forever, but today I can tell you that I am going to be sober because I’m happy and content with myself and who I am. If I do take it one day at a time, then I could be sober for the rest of my life.” And from what we can tell, although Beth was merely 17 when she said all this, it seems like she has stayed sober.

Because Matthew Brown, Katie Brown, and Beth Brockovich prefer to stay away from the spotlight, few details about their private lives are available. Matthew once served in the military, but he retired to spend time with his family and work as a carpenter in Oregon. Katie, it seems like, resides in Virginia. And Beth, who formerly served as police in the United States Army, is now happily married with three children of her own, making a good, stable, and healthy life for them all. Erin Brockovich’s three children seem to have a great relationship with their mother as well.