Where Are Ethan Crumbley’s Parents Now? Have They Been Found? 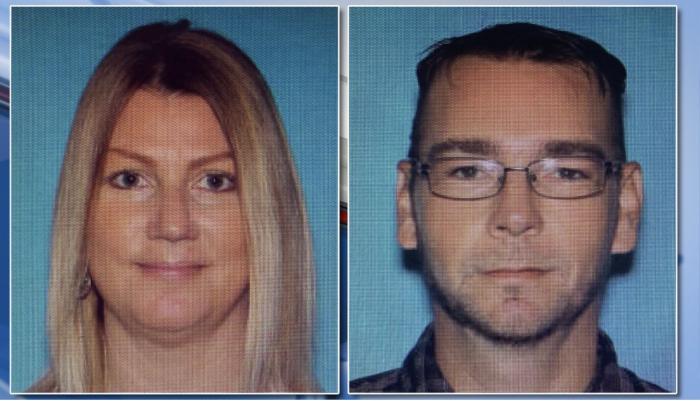 On November 30, 2021, terror was the only thing that the students and staff members of Oxford High School in Detroit, Michigan, felt as 15-year-old Ethan Crumbley allegedly opened fire, killing four students and injuring several others. The weapon he used is said to be the 9-millimeter Sig Sauer handgun that was stored in an unlocked drawer in his parents’ bedroom at their suburban Oxford Village home. In a rarity, though, even Ethan’s parents are looking at criminal charges, which is purportedly why they’ve fled the area. So here’s what we know about their whereabouts.

Where Are James and Jennifer Crumbley Now?

James Robert Crumbley and Jennifer Lynn Crumbley are each facing four counts of involuntary manslaughter in connection to the lives lost during the school shooting. After all, from buying the firearm to making it readily available for Ethan to resisting his removal from the school premises hours before the incident, they seemingly did it all. James had actually gone into town with his son on Black Friday to purchase the gun as an early Christmas present for the latter. Then, over the weekend, Jennifer took him to a shooting range to test it out and boasted about the same on social media.

The truth is that James and Jennifer were aware of Ethan’s disturbing behavior, and that’s what makes their actions so “egregious,” as per officials. On November 29, a teacher had reportedly caught him looking up ammunition on his phone in class, but when they reached out to Jennifer, they received no response. Instead, it came to light that she’d merely texted her son, “LOL I’m not mad at you. You have to learn not to get caught.” The following day, a teacher again noticed Ethan’s fascination with handguns when they found a note depicting bullets, shooting, and sheer violence on his desk.

They were so troubled upon seeing the mixture of phrases insinuating harm and depression (like “Blood Everywhere,” “My life is useless,” and “The thoughts won’t stop. Help me”) with drawings of a “laughing emoji” that they summoned James and Jennifer. However, reports suggest that his parents didn’t even inquire whether the note had anything to do with the weapon they’d bought him or if he had it in his possession. They simply left once told to get him into counseling within 48 hours, only for Jennifer to text him, “Ethan, don’t do it,” after the news of the shooting broke just hours later.

Furthermore, on hearing that there was an active shooter at his son’s school, instead of going to the area like most parents, James first drove home to see if their firearm was still there. This act made it appear as though he believed his son was capable of causing such outward violence. From what we can tell, he and his wife were at their son’s arraignment before skipping town. The couple was accused of failure to step in during the days leading up to the tragic incident and were thus charged with involuntary manslaughter on December 3, but they were nowhere to be found just hours later.

Despite the Oakland County Sheriff’s Office’s belief that James and Jennifer were on the run, their attorneys released a statement insisting that was not the case. It read, “On Thursday night [December 2], we contacted the Oakland County prosecutor to discuss this matter and to advise her that James and Jennifer Crumbley would be turning themselves in to be arraigned. Instead of communicating with us, the prosecutor held a press conference to announce charges. The Crumbleys left town on the night of the tragic shooting for their own safety. They are returning to the area to be arraigned.”

The statement also added, “They are not fleeing from law enforcement despite recent comments in media reports.” Though, on Friday, the U.S. Marshals announced that they were joining the search for Ethan Crumbley’s parents as well, offering a $10,000 reward for information leading to both their arrests. The USMS Detroit Fugitive Apprehension team was also working with the Sheriff’s Office to solve the matter. With that said, in the early hours of Saturday — December 4, 2021 — James and Jennifer Crumbley were found in a commercial building that housed artwork in Detroit.

The Crumbleys were only caught when a local business owner called 911 after noticing a woman lurking near a vehicle tied to the fugitives in his parking lot late Friday. That led to the Detroit police locating them inside the building and uncovering that they had help. The individual who aided the couple could also face criminal charges, but the extent of that is not yet decided. As of now, all we know is that Ethan Crumbley’s parents are in custody, expected to be booked into the Oakland County Jail before being arraigned.