Where Are Iron Chef’s Gregory Gourdet and Mei Lin Now? 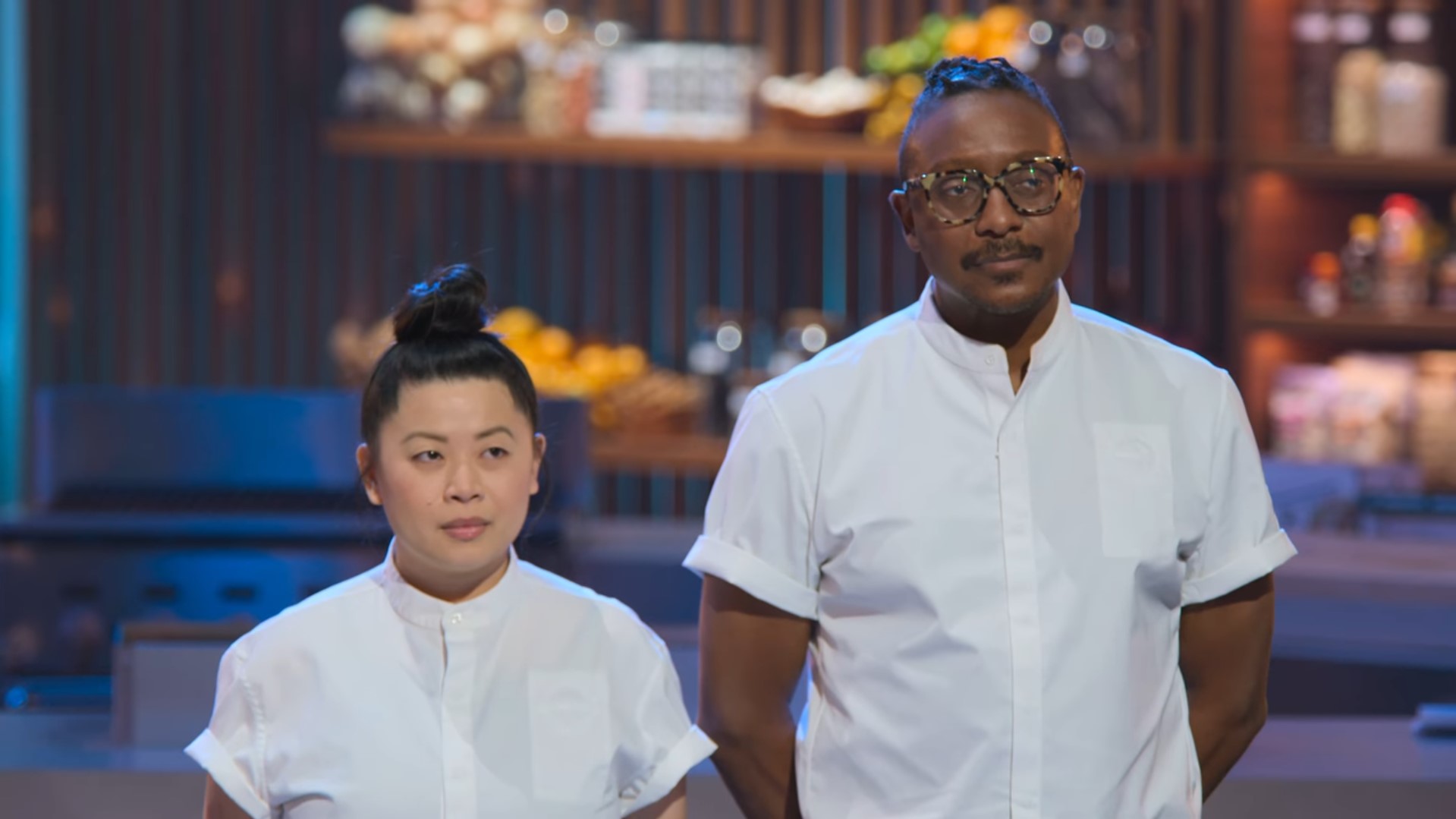 Netflix’s ‘Iron Chef: Quest For an Iron Legend‘ takes viewers to the “kitchen stadium” where five food industry icons or Iron Chefs are asked to face off against promising challengers who have taken the food world by storm. Each episode features a fierce cook-off between an Iron Chef and a challenger, where both are asked to create a specific type of cuisine while incorporating a secret ingredient in all their dishes. Ultimately, after the dishes are graded, the challenger with the highest points gets to take on all five Iron Chefs at once in a fight for the Iron Legend title.

Fans were pleasantly surprised when ‘Top Chef’ stars Gregory Gourdet and Mei Lin teamed up to take on Iron Chef Ming Tsai in a live Sturgeon-themed battle. Gregory is best known for being the runner-up in ‘Top Chef’ season 12 and one of the finalists in ‘Top Chef All-Stars LA’ season 17. On the other hand, Mei Lin was crowned the winner of ‘Top Chef’ season 12, which helped her embark on an incredible career as an entrepreneur and restauranteur. However, were these two brilliant chefs able to take on Iron Chef Tsai? Let’s find out more, shall we?

Gregory and Mei had been friends for a long time, and since they had cooked and competed together before, the pair are pretty familiar with each other’s cooking styles. Interestingly, Mei described her technique as Modern American with a hint of traditional Asian, while Gregory talked about how his roots as a Haitian influenced his cooking and helped him play around with flavors and spices from around the world. Moreover, Gregory and Mei have worked under world-class chefs and at top restaurants, which honed their technical skills and helped them gain immense experience. While watching them compete as a team was pretty thrilling, their passion for the food they plated was genuinely exemplary. 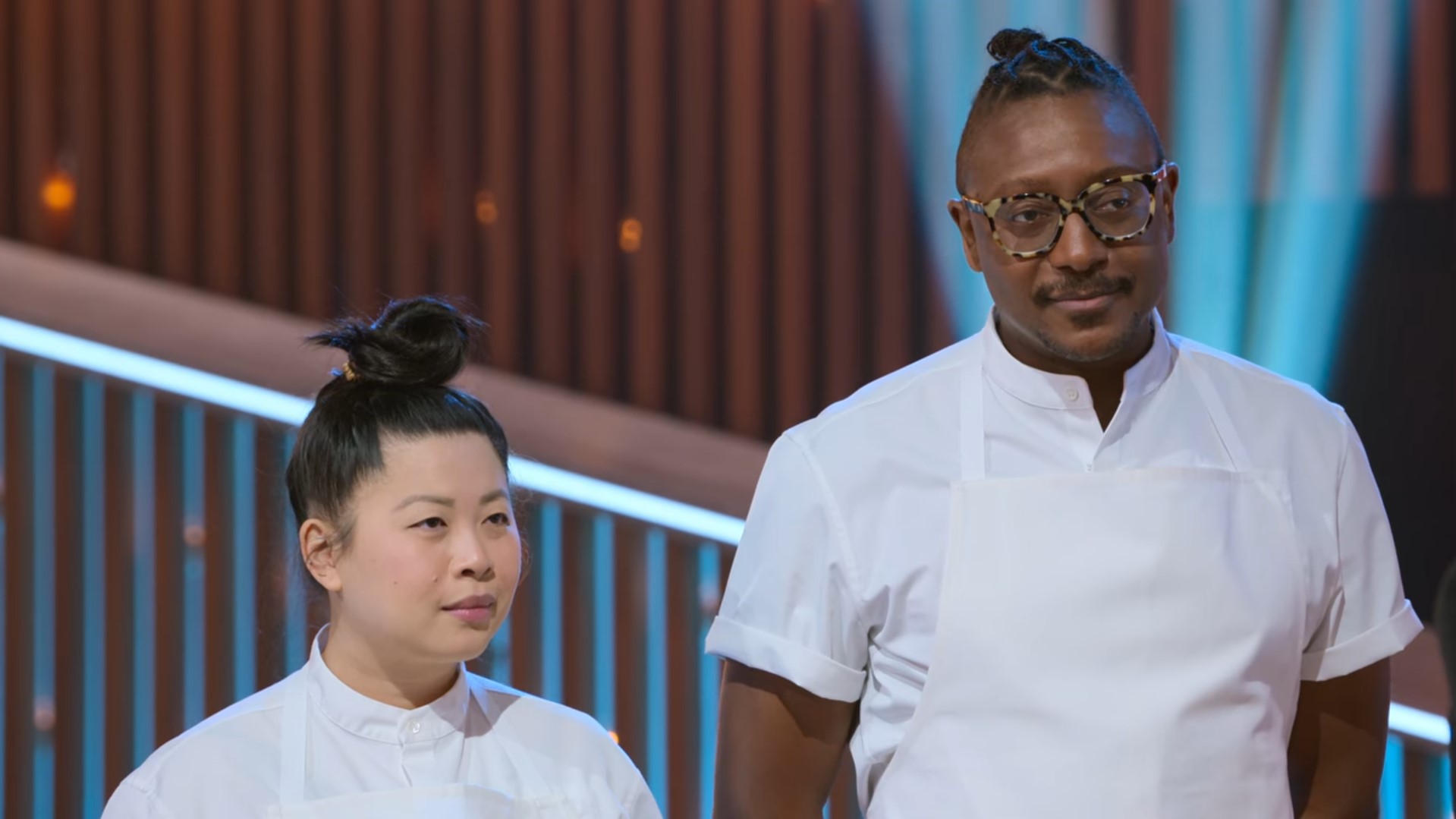 Once on ‘Iron Chef: Quest For an Iron Legend,’ Mei and Gregory were asked to compete in a Live-Sturgeon battle against Iron Chef Ming Tsai, who is an expert in combining eastern and western styles of cooking. As the name suggests, each team had to catch two live sturgeons from a fish tank before skinning, deboning, and making them ready for consumption. Although the challenge was quite difficult, Gregory and Mei took it in their stride and presented some beautiful dishes for the judges. Interestingly, everyone present lauded the pair on their presentation, flavor, and taste, but ultimately, Gregory and Mei fell behind by a single point, and Chef Tsai was declared the winner.

Where Are Chefs Gregory Gourdet and Mei Lin Now?

At present, Gregory is based out of Portland, Oregon, where he formerly worked as the executive chef and culinary director of Departure at The Nines hotel. However, in 2022, the Haitian chef entered a new chapter in his life as he opened his own restaurant, Kann, where he serves wood-fired authentic Haitian cuisine with a hit of modernity and fine dining. ON the other hand, his cookbook ‘Everyone’s Table Cookbook’ was selected as the Best General Cookbook by the James Beard Foundation in 2022. Shockingly, Gregory recently found his health affected quite a bit, as eight weeks after his double meniscus surgery, he was diagnosed with a meniscus tear in December 2021. However, he has since been taking care of himself and seems to be well on the way to recovery.

On the other hand, Mei Lin opened her first restaurant, Nightshade, in January 2019, which has unfortunately closed its doors permanently. However, she never gave up hope and currently runs the Los Angeles-based popular chicken restaurant, Daybird. Additionally, Mei is also a successful entrepreneur as she manufactures and sells her chili oil and XO sauce under the brand name UMAMEI. She currently resides in Los Angeles and from the looks of it, has built up a wonderful life surrounded by family and friends.