Where Are Jay Nicks and Darrin Jefferson Now? 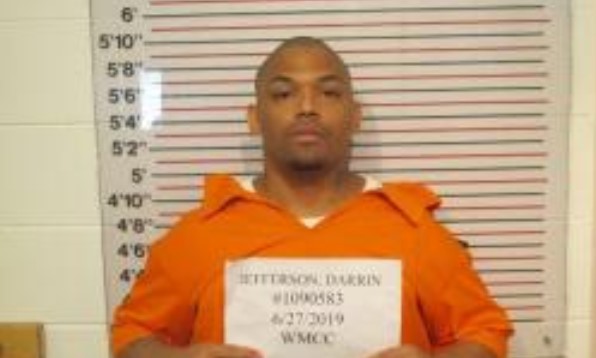 Unfortunately, 69-year-old retired police clerk Beverly Crowl was a victim of mistaken identity. Anthony Standifer was out on parole when Jay Nicks contacted him about a possible robbery target in Independence, Missouri. Interested, the former contacted his friend, Darrin Jefferson, and together the two set out to locate the house. Netflix’s ‘I Am A Killer: Family Matters’ chronicles the gruesome incident and shows how Anthony and Darrin broke into the wrong house, leading to Beverly’s death. If you are intrigued to know more about this and want to find out where Jay Nicks and Darrin Jefferson are at present, we have you covered!

Who Are Jay Nicks and Darrin Jefferson?

Jay and Darrin, or Darrin, are both residents of Independence, Missouri, and acquaintances of Anthony Standifer. On the show, the latter mentioned that while he would often go in and out of juvenile prison from 14, robberies became a regular part of his life as he grew older. Interestingly, Anthony got to know both Jay and Darrin through previous robberies they had committed together, and with time, the trio became close accomplices.

In March of 2010, Anthony was out on probation for an unrelated charge when he suddenly found himself in dire need of money. That was when Jay called and informed him about a drug dealer in Independence holding around $7000 and 15 pounds of marijuana in his house. Interested, Anthony immediately contacted Darrin, and together the three planned the best course of action. However, as fate would have it, Jay only knew the neighborhood where the drug dealer’s house was located and could not pinpoint the exact house.

Nevertheless, Jay provided Darrin and Anthony with three separate addresses asking them to identify the house through the vehicle parked out front. Incidentally, Beverly Crowl, a 69-year-old retired police clerk who resided in the same Independence neighborhood, owned a vehicle similar to that of the drug dealer. Hence, once the robbers noticed her car out front, they mistook her house for their actual target and broke in.

Once inside, Anthony noticed Beverly was alone and immediately realized they had broken into the wrong house. Regardless, they refused to stop, and after pushing the 69-year-old down to the floor, the men ransacked her home looking for any valuables to steal. Interestingly, the robbers weren’t wearing masks, and since Anthony was out on parole then, he was scared of being identified and sent back to prison. Hence, once the men finished robbing Beverly, Anthony made her kneel on the floor before putting a bullet through her head, only because she had seen their faces.

Where Are Jay Nicks and Darrin Jefferson Today?

Once law enforcement officials reached the scene, they found Beverly lying in a pool of her blood and immediately declared her dead. They also found evidence of a forced entry and knew that robbery was the actual motive behind the 69-year-old’s murder. Since Beverly lived alone and did not have a lot of valuables in her house, detectives were puzzled as to why anyone would target her. That was when they received news about a planned robbery on the drug dealer who lived in the same neighborhood and put two and two together.

Following that lead led the police straight to Anthony Standifer, who did not take long to confess to the crime. With time, they also learned about Jay and Darrin’s roles, and all three were arrested for their involvement in the crime. The latter two were charged with a count each of first-degree robbery and second-degree murder, coupled with two counts of armed criminal action. Reports claim that before Darrin could be produced in court, he pled guilty to all four charges and was sentenced to 20 years in prison in 2010.

Quite surprisingly, no reports talk about Jay’s trial or a possible conviction. On top of it, since the incident, he has embraced privacy and prefers to keep his life under wraps, making his current whereabouts unclear. Meanwhile, with Darrin currently ineligible for parole, he remains behind bars at the Jefferson City Correctional Center in Jefferson City, Missouri.