Where Are Josh Sundquist’s Parents and Siblings Now? 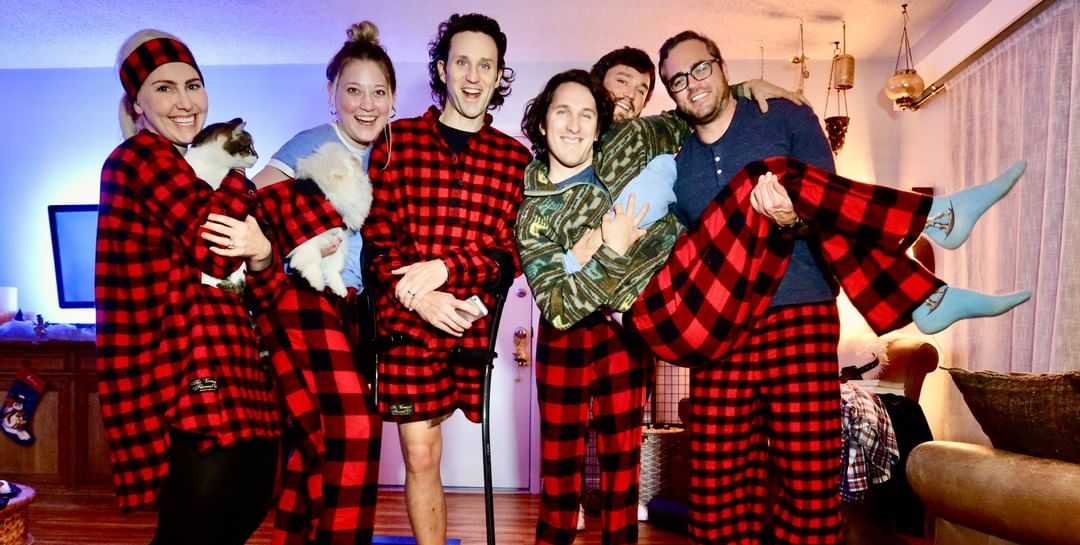 Apple TV+’s ‘Best Foot Forward’ is the story of a young boy named Josh, who is excited to be introduced to a new world of possibilities as he walks into the public school after years of homeschooling. It is a big, wide world for him, and he wants to experience as many things as possible while making as many friends as he can. At school, he relies on his best friend Kyle and his new friend Gabriella to learn how things work outside of one’s home. There are times when his relationship with them suffers due to his learning curve, but there is one thing that remains in his constant support: his family.

Josh’s parents and siblings root for him no matter how difficult the situation might seem. He relies on them for guidance when things seem utterly confusing and for love when he feels alone. No matter what happens, his family is always there for him. In a similar vein, Josh Sundquist, who serves as the inspiration for the show, also leaned on the support of his family to get through tough times. While he is a well-known personality now, little is known about Josh’s family — who are his parents and siblings and where are they now? Let’s find out.

Where are Josh Sundquist’s Parents Now?

Josh Sundquist’s parents hail from McLean and currently live in Richmond, Virginia. Josh’s mother, Linda Hill Sundquist, used to be a home school teacher, much like Maggie in ‘Best Foot Forward’. She homeschooled all of her children until one by one, they left for school. After her youngest, Anna, started high school at Turner Ashby, Linda retired from homeschooling and worked as a substitute teacher at Anna’s school.

Josh’s father, Paul D. Sundquist, works as Finance Director at Bon Air Baptist Church. Previously, he has worked as Director of Finance in Bishop Ireton HS and Assistant Director of Accounting at McLean Bible Church. In his spare team, he indulges in tennis and reading while also showing some affinity for boxing.

Where are Josh Sundquist’s Siblings Now?

Matthew is a Harvard graduate and a Fulbright Scholar who has traveled extensively. He has also worked as Privacy Program Manager at Facebook, and his articles have been cited in the likes of The New York Times and Stanford Law Review, among others. Luke, described as “an artist in his more optimistic moments” by Josh, lives in Statesboro, Georgia. He is a biologist, wildlife conservationist, and sea turtle enthusiast.

A photo with my brother Luke in honor of #ChildrensHospitalsWeek pic.twitter.com/2ZbzUPfofH

In 2014, Luke majored in Organismic and Evolutionary Biology at Harvard University. He has traveled to places like Costa Rica, Hawaii, Scotland, Bahamas, and Florida for his research. He has worked for National Park Service, Buck Island Sea Turtle Research Program, Sea Tutrle Inc., and Fossil Rim Wildlife Centre, among others. The youngest Sundquist, Anna, lives in Santa Monica, California.

Currently, Anna works as an HR/DEI Assistant at Best Best & Krieger LLP. She’s received her B.F.A from Virginia Commonwealth University, and a bachelor’s in Psychology from Columbia University. She is also involved in dance, with a focus on ballet. The young woman has volunteered at the Children’s Division of the local National Government Education Agency. Anna has a dog named Willow, who has an Instagram account of their own.