Where are Joshua Komisarjevsky and Steven Hayes Now? 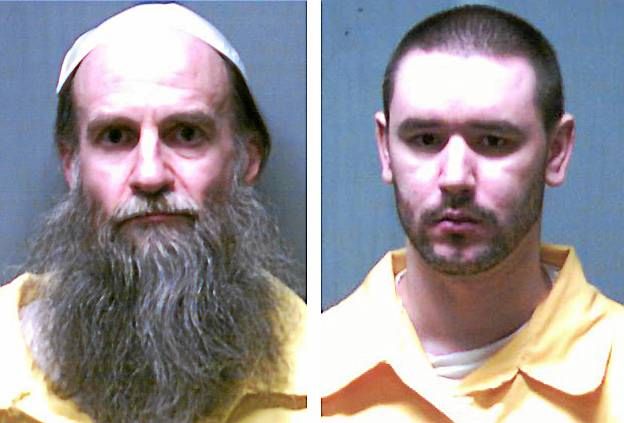 Investigation Discovery’s ‘People Magazine Investigates: Connecticut Horror Story’ is an episode that profiles a 2007 offense that shocked the suburban town of Cheshire to its very core. After all, that’s when an accomplished local doctor, a pediatric nurse, and their two daughters were ambushed in their own home, only for the patriarch, Dr. William Petit Jr., to make it out alive. Thankfully, though, it wasn’t long until Joshua Komisarjevsky and Steven Hayes were apprehended for the same. If you wish to learn all that there’s to know about them, we’ve got you covered.

Who Are Joshua Komisarjevsky and Steven Hayes?

On July 23, 2007, Joshua Komisarjevsky and Steven Hayes broke into the Petit family home after having targeted them when one of them noticed Jennifer Hawke-Petit and her 11-year-old daughter, Michaela, at a grocery store earlier that day. The individual had discreetly followed the mother-daughter duo home and returned later that evening with the other in the hopes of ending their financial strains, but things escalated. They actually hit Dr. Petit over the head with a baseball bat and tied him in the basement before proceeding to bound Michaela and 17-year-old Hayley to their respective beds.

In the morning, hours into holding the family hostage, Steven took Jennifer to a bank to withdraw $15,000 for them, unaware that she’d manage to alert a clerk about their situation. Thus, he raped and strangled her to death once they returned home, only to help Joshua douse the estate in gasoline and set it on fire soon after.

It later came to light that Joshua Komisarjevsky had sexually assaulted Michaela while the others were not at home and that both young girls died of smoke inhalation. Haley had managed to escape her bonds, but she couldn’t make it past the stairs. Both the assailants — Joshua and Steven — were eventually captured on the streets during their escape attempt.

Where Are Joshua Komisarjevsky and Steven Hayes Now?

Joshua Komisarjevsky and Steven Hayes were both indicted on 17 counts each, including capital felony murder of Jennifer, Hayley, and Michaela, capital felony with intent to cause the deaths of the three females, four counts of kidnapping, sexual assault, assault, burglary, robbery, arson, larceny, and risk of injury to children. The already known felons with extensive rap sheets were found guilty of most counts and sentenced to death following separate trials in 2011 and 2010, respectively.

However, once the death penalty in Connecticut was abolished, they were both resentenced to six consecutive life terms without parole plus an additional 140 years behind bars. Since then, the two have been transferred to the Pennsylvania prison system as a part of an interstate agreement, meaning that they are out-of-state inmates. Therefore, today, while 41-year-old Joshua is serving his sentence at the medium-security Mahanoy Correctional Institution in Frackville, 58-year-old Steven is incarcerated at the medium-security Benner Township Correctional Institution in Bellefonte.

Joshua Komisarjevsky did try to appeal his conviction on several grounds in connection to this home invasion-turned-murder case, but the State Supreme Court rejected it in 2021 with a 7-0 Justice decision. We should also mention that in 2019, Steven claimed that he was undergoing hormone therapy in prison as a part of his transition. Steven did not state which pronouns he preferred but declared, “I’m a transgender. I was diagnosed at 16 with sexual identity disorder and my family never acknowledged it and it was never treated.”