Where Are Lauren McCluskey’s Parents Now? 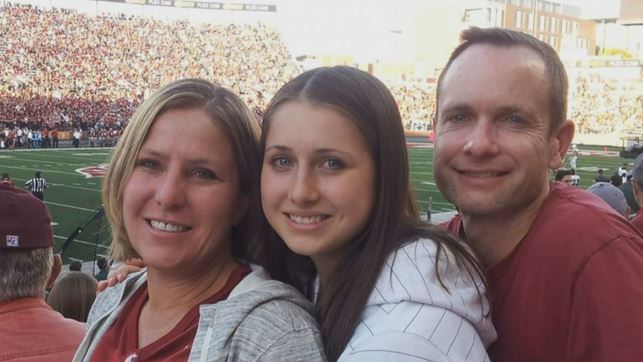 NBC’s ‘Dateline: Lauren’s Promise’ is an episode that chronicles the 2018 murder of 21-year-old Lauren McCluskey, a University of Utah senior and star track athlete. On the evening of October 22, her body was found in the backseat of a vehicle just a little more than an hour after her ex-boyfriend, Melvin Rowland, grabbed and shot her as she walked back to her residence hall. Lauren’s parents, Jill and Matt McCluskey, have had a massive role to play in her case. So now, if you’re here curious to know more about them, we’ve got you covered.

Who Are Lauren McCluskey’s Parents?

Lauren McCluskey’s parents, Jill and Matthew McCluskey, made a cozy home for their family on a quiet cul-de-sac in Pullman, Washington, after moving there more than two decades ago, when Lauren was just 18-months-old. At that time, both Jill and Matt, educators, had been offered a tenured position to teach in their respective fields of economics and physics. So, they took it up and built a safe, fun, and comfortable place for Lauren and her little brother, Ryan. As the years went by and both their children grew up, Jill and Matt remained close to them, providing them with sound advice and emotional support.

But the evening of October 22, 2018, is one that is impossible for either of them to forget. While talking to Lauren on the phone, like they did almost every day, Jill was relieved to hear her sound happy, thinking that maybe her ex-boyfriend, who had been threatening her, had finally stopped. Unfortunately, though, just minutes later, Jill heard her daughter saying “no” again and again, as if in a panic. Then came Lauren’s scream, and the line went dead. Matt, who had been listening to the mother-daughter-duo talk, immediately called the campus police to inform them that his daughter was in danger, but it was too late.

Where Are Lauren McCluskey’s Parents Now?

That night, Lauren McCluskey was shot to death by her ex-boyfriend after he abducted her from the parking lot outside her residence hall. When the University of Utah released a statement about it, reporting that an independent review of the campus police’s handling of her case “does not offer any reason to believe that this tragedy could’ve been prevented,” Lauren’s parents, disagreeing, filed a lawsuit against them. In their case, they stated that their daughter’s murder was “preventable” and that it only transpired because the university failed to take her worries about Melvin Rowland seriously.

Jill McCluskey even went as far as to say that she “tried to work with [University of Utah President, Ruth] Watkins to remedy the system and hold individuals accountable,” but that her e-mail went unanswered. In the end, two years to the day after Lauren’s murder, the university, along with Jill and Matt McCluskey, announced a $10.5 million settlement plus an additional $3 million donation to the Lauren McCluskey Foundation, which honors the athlete’s legacy by supporting charitable work in her name.

Today, while Jill McCluskey holds the position of a Director and Regents Professor at the Washington State University, Matt McCluskey works as a Professor of Physics at the same. Together, they’re trying their best to cope and move on from their loss while ensuring that no one else has to go through what they went through. After all, in 2019, Lauren’s father traveled to Utah from Washington to testify in favor of a Senate bill that would require schools to develop stricter regulations for their students’ safety. In 2021, Jill also became the Editor of the American Journal of Agricultural Economics on campus.