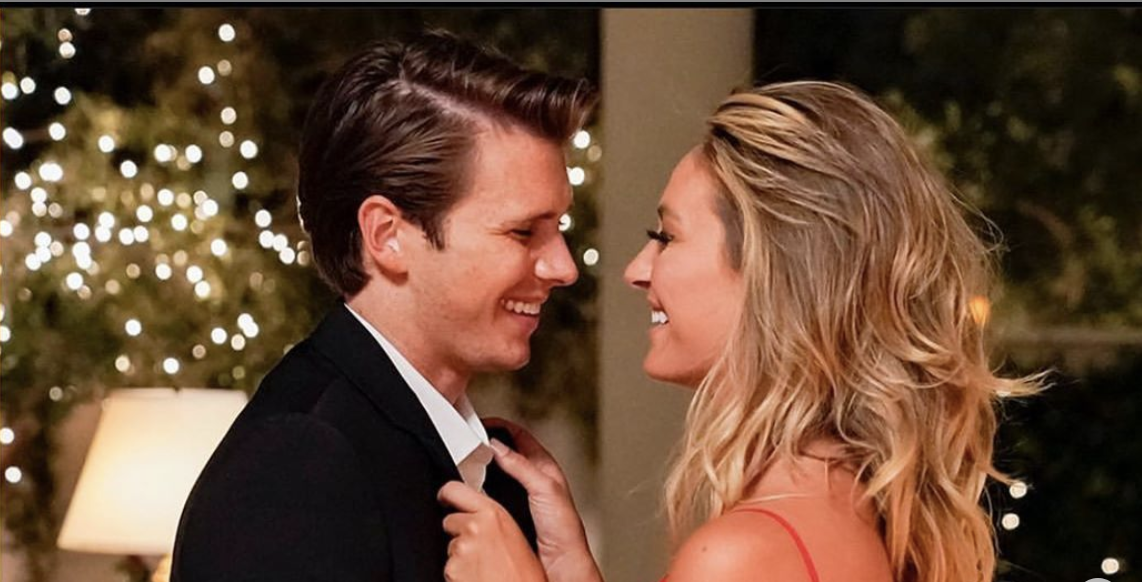 Following the steamy flirtations and infatuations of hot singles looking for their next love connection or a casual fling, ‘Love Island’ is a reality dating show wherein bonds are initially formed for survival but end up turning into much more. From the couplings and re-couplings to the eliminations, there are many fascinating aspects involved, and sometimes, a few of the lucky individuals manage to find lasting love. We’ll be honest, it’s rare, but when it does happen, the partners break all bounds. So now, let’s find out where the top pairings of season 2 are today, shall we?

Justine and Caleb – Split Up

Justine Ndiba and Caleb Corprew, fondly termed “Jaleb,” had become fan-favorites before season two even came to an end due to their authenticity and honesty. Although Justine had a rocky start with Jeremiah and Tre, as soon as Caleb entered the scene and engaged with her, everything took a turn. The pair chose to take things slow and focused on each other rather than the Casa Amor climactic drama or the massive $100,000 grand prize, which led to them becoming the winners. They had their tender moments, affectionate nicknames, and even said, “I love you.”

Sadly, nearly four months after the finale, the couple revealed that they’d called it quits. Both Justine and Caleb released statements on their social media profiles to request privacy and respect by avoiding speculation. As for where they are today, it seems like Justine has moved to Los Angeles, California, where she’s established herself as a podcast host with ‘As You Should with Cely and Justine’ and a public figure. On the other hand, her former lover is enjoying life by traveling all across the world and taking up any exciting opportunities such as brand collaborations that come his way.

Cely and Johnny – Split Up

Cely Vazquez and Johnny Middlebrooks had gotten together quite early on in the season. However, their alliance did take a hit when Casa Amor came into play. While Cely was in the villa, confessing to how she thought Johnny was “the one” for her, he was traversing his fiery chemistry with bombshell Mercades Schell by engaging in cuddling and make-out sessions. Eventually, Johnny downplayed it and told Mercades that he could not let her into the villa because he had a much deeper relationship with Cely. Despite it all, they seemed strong when the season came to an end.

Regrettably, earlier this year, in January, Cely and Johnny announced their break-up. They’d deemed it to be a “mutual agreement,” yet it didn’t seem amicable in the days that followed. Not only did Cely and Johnny unfollow each other on social platforms, but they also shared a few posts that their former partners did not like. Today, however, both Cely and Johnny appear content with their experiences. While the former is hosting a new podcast with Justine, the latter is signed with Fomo Models and released his debut music single, an R&B track titled “Treat Me,” in April 2021.

Moira and Calvin – Split Up

Moira Tumas and Calvin Cobb’s romance was probably the most turbulent in season 2. They met once the latter came into the villa during the second week and coupled up after Moira’s big fight with James McCool. Though Moira and Calvin went their separate ways and got together with two other people, when the two found themselves drawn to one another yet again, they focused on growing their union for good and ended the series in third place. Moira and Calvin established that it only takes patience and devotion to make things work, but it didn’t last for long.

After all, Moira and Calvin confirmed their split around late November 2020. Speaking to People, Moira stated that she truly wanted their “situationship” to work, but distance and their busy schedules complicated things. “It was neither of our faults, life just got in the way.” Thus, today, while Moira serves as a flourishing public personality based in New York and Jersey, Calvin works as a model. The former also has a YouTube channel to help guide the way, whereas the latter is officially signed with Good Talent Management. Both individuals seem happy and healthy.

Laurel and Carrington – Split Up

Laurel Goldman and Carrington Rodriguez’s involvement began thanks to the highly dramatic Casa Amor, which ended the latter’s link with Kierstan for good. Having found an immediate spark with each other, they coupled up and began their journey in the villa. Despite claims that they were only together because of a shortage of other possible affairs and Carrington’s wandering eyes, Laurel and Carrington made it to the finale just because of his remarkable emotional growth. Carrington’s honestly with both Laurel and others, won the duo fourth place on season 2 of ‘Love Island USA.’

However, even though they had wanted to stay together for the long haul, they parted ways soon after. In an Instagram live, Carrington claimed that he and his ex-beau “gave [their romance] an honest effort” following their departure from the island villa, but it didn’t pan out. And so, Laurel moved on and now seems thrilled to be with her current boyfriend, Bryce Jordan. The Alabama native co-hosts ‘The Unfiltered Hotline’ podcast and has an active presence on Instagram and YouTube. Carrington has a new partner as well, Livy Gray, with whom he recently became official.

Read More: Where Are The Love Island Season 1 Couples Now?