Where Are Nailah Franklin’s Sisters Now? 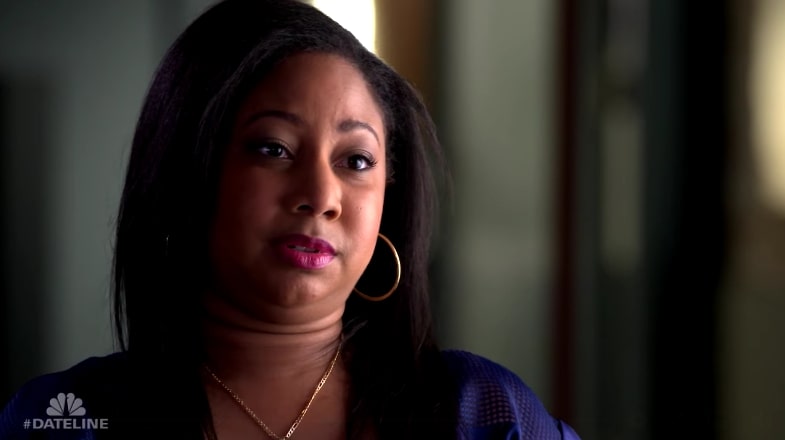 NBC’s ‘Dateline: Smoke and Mirrors’ is an installment that delves deep into the harrowing murder of 28-year-old pharmaceutical sales representative Nailah Franklin, who vanished from her home on September 18, 2007, only to turn up dead around nine days later. Hailing from a big family, she had a lot of people looking for her during this period, yet it was already too late. Reginald Potts Jr., driven by anger and revenge due to their break-up, had fulfilled his goal. With this episode, though, if you’re curious to know more about Nailah’s sisters, we’ve got the details for you.

Who Are Nailah Franklin’s Sisters?

Nailah O. Franklin was surrounded by her half and full-siblings at all times while growing up, so it seems like they were involved in each other’s lives with no discrimination between them. Nine years older than Nailah, Lehia Franklin Acox is the eldest of the girls and essentially a second mother to them since she watched them grow up. Then there’s Marina Franklin, who was born in May 1986, followed by Ashlee Allen Gilot and Ashley Chappell in relatively quick successions. Being family, they frequently argued — as sisters do — but the young ones also looked up to Nailah and the others.

Therefore, Nailah’s disappearance and homicide affected them all. In fact, their still-present grief has endured for years, which they often try to shift into positive memories of their sister’s life and experiences. Sometimes, it works; sometimes, it doesn’t. In other words, they laugh, and they cry for the loss they’ve suffered. Ashlee perfectly explained their emotions in her testimony during Reginald’s sentencing in 2016, “Nightmares still taunt me with her screaming, moaning and reaching out, begging for her life. But none of us were there to save her. None of [us] were there to hear her cries.”

Where Are Nailah Franklin’s Sisters Now?

Lehia Franklin Acox, who received a scholarship to Notre Dame, currently resides in San Francisco, California, with her husband and two daughters. Apart from being a wife and having a happy and healthy family, she’s also a marketing manager and the owner of a public relations firm. Lehia aims to inform, engage, inspire, and empower small businesses and non-profit organizations. As for Marina, you might already know of her since she’s a comedian, actress, and writer. Her credits include ‘Marina Franklin: Single Black Female,’ ‘Spirit Cabinet,’ and the HBO comedy-drama show ‘Divorce.’

On the other hand, from what we can tell, Ashley Chappell is a registered nurse in Illinois with a family of her own. It seems like she prefers to keep her private life away from the spotlight. Coming to Ashlee Allen, we can’t be too sure, but it appears as if she’s a social worker. These loving sisters still grapple with the pain of losing Nailah so abruptly, yet that has also helped them come closer. Thus, they continue to be a part of one another’s lives and serve as support systems when required. They’re trying their best to move on while keeping Nailah alive in their hearts.