Directed and produced by Ry Russo-Young (‘Before I Fall’ and ‘The Sun Is Also a Star’), HBO’s ‘Nuclear Family’ is a three-episode documentary mini-series that explores her roots. It delves into every aspect of her childhood and familial life, with a particular focus on how her loving, lesbian parents essentially established gay parenthood in the country and the lawsuit that threatened to tear everything apart. Thus, now, if you are curious to know more about Ry’s mothers – Sandra Russo and Robin Young – along with the details of their legal battle, we’ve got you covered.

Who Are Sandra Russo and Robin Young?

Although they have a 15-year age difference, with Sandra Russo being the older one as she was born in 1940, when she and Robin Young met in the late 1970s, they knew that they’d found their forever partner. By that point, Sandra had been married twice before coming out, and Robin was merely enjoying life after exploring her sexuality. They had their fair share of ups and downs, but the pair elected to start a family with the help of artificial insemination anyways. Neither Sandra nor Robin wanted interference, so they chose sperm donors from the opposite coast.

The Greenwich Village, New York, residents welcomed their first daughter, Cade, in 1979, followed by Ry Russo-Young two years later. The latter’s father was a gay lawyer from San Francisco, Thomas Steel, who had agreed not to have any parental rights or obligations. In 1985, the couple then agreed that it was time for the girls to meet their biological fathers after Cade had inquired about hers, leading to an arrangement that included visits and even vacations with Tom. However, things changed when he wanted to take Ry to California alone to meet his parents, and Sandra and Robin refused. 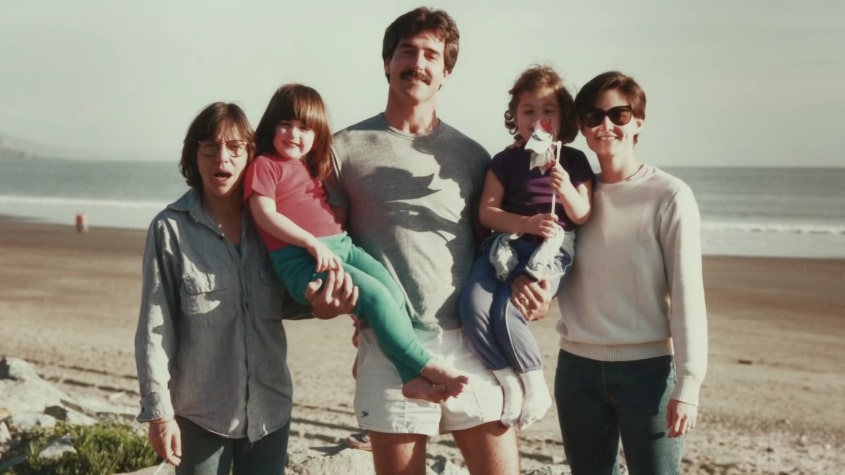 In 1991, Tom sued the couple for paternity rights, starting a few years-long bitter legal dispute that affected everyone. While Sandra and Robin had to deal with the legal proceedings and its high costs, all the while being full-time mothers, their little girl Ry began having nightmares about the police taking her away. Ultimately, in 1994, Manhattan’s Appellate Division of the State Supreme Court granted Tom legal standing as then-13-year-old Ry’s father. Except, they did not give a verdict on the matter of visitation rights, and Tom ended up dropping the lawsuit for good.

Where Are Sandra Russo and Robin Young Now?

Sandra Russo and Robin Young have always been, and will always be, the proud parents of Cade and Ry Russo-Young. The two siblings, now grown women, have families of their own. Yet, like most people, they continue to need and want their mothers to be by their side for every milestone. Ry is no stranger to love and affection, and it’s all because of them. That’s why their relationship and the way they tackle everything the universe throws in their path have continually been her inspiration. From what we can tell, the couple are happy New York residents even today.

Sandra and Robin’s personal social media profiles are set on private, but Ry Russo-Young never misses an opportunity to show off their bond and the lives they’ve built through years of hard work on her Instagram. “My two lesbian Jewish moms who were always out and proud and fought for their family. May we all stand up together and create a better world,” she once wrote for them. Ry has learned every significant belief, value, and life lesson from her mothers, and she couldn’t be more thankful for it.

Read More: How Much of Allen v. Farrow is True?