Where Are Stacey Pinkerton, Helen Gumpel, and Barbara Bowman Now? 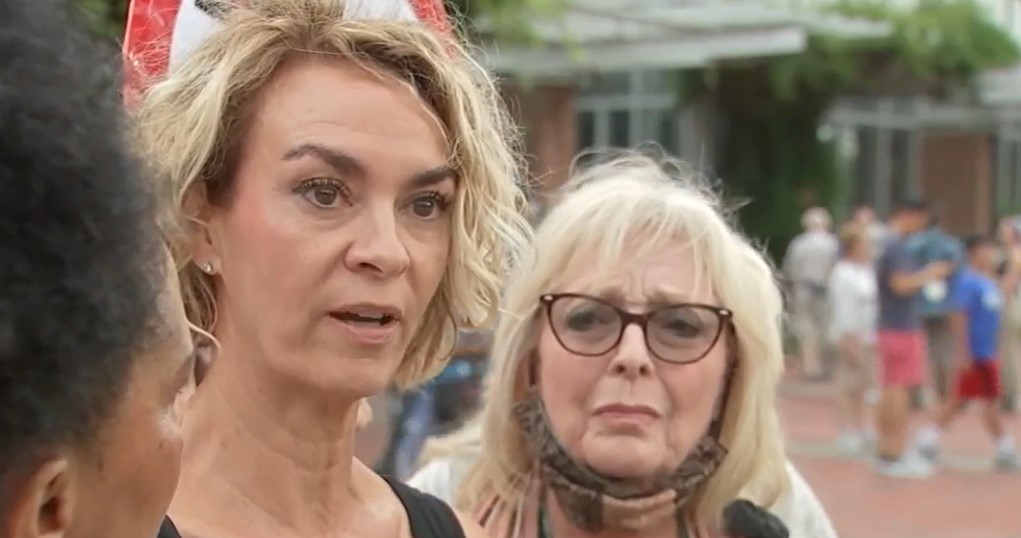 Showtime’s ‘We Need to Talk About Cosby’ is an exploration of Bill Cosby’s rise to becoming ‘America’s Dad’ and his fall from grace since then because of the sexual assault allegations. The third episode charts the comedian’s rise through the 1980s while juxtaposing it with the alleged incidents of sexual assault. Stacey Pinkerton, Helen Gumpel, and Barbara Bowman are just three of the many women who came forward with their stories over the past few years. So, if you’re wondering what happened, here’s what we know!

Who Are Stacey Pinkerton, Helen Gumpel, and Barbara Bowman?

Stacey Pinkerton was in her 20s and working as a flight attendant for American Airlines when she first met Cosby. The aspiring model was pleasantly surprised when he offered to help with her career. But according to Stacey, Cosby raped her in Chicago, Illinois, in 1986. After the alleged incident occurred, many told her not to go public with the story, and she gave in. Stacey later added, “I kept moving from one address to another, across the Pacific Ocean, later the Atlantic, settling in Europe. No place was far enough away from Mr. Cosby.”

Eventually, several other women coming forward with their experiences gave Stacey the courage to go public with her story. Another woman who accused Cosby of misbehaving is Helen Gumpel, a former fashion model. In 1987, she was featured in an episode of ‘The Cosby Show.’ After filming was over, Helen was reportedly asked to visit the set, and she assumed it was another audition. However, Helen alleged that she was taken to Cosby’s dressing room instead. She further claimed that he offered her a drink and stood with “his crotch area” in her face.

Helen said, “I never thought of myself as a victim because I refused his advances. But my career was a victim.” As for Barbara, an aspiring actress during the 1980s, the story she shared was similar to what reportedly happened to Lili Bernard and Lise-Lotte Lublin. According to Barbara, Cosby invited her over to his New York apartment to talk about her career and offer advice. Then a teenager, Barbara, recalled blacking out after a glass of wine and waking up only in a T-shirt and panties, later realizing she was raped.

At the time, Barbara tried to rationalize the incident and convinced herself it was something she had imagined. In another incident in Atlantic City, New Jersey, Barbara said that Cosby pinned her down on a hotel bed as she tried to wrestle him off of her. Eventually, Cosby let her go, angrily calling her “a baby.” Barbara talked about how her story was dismissed, but that didn’t change the fact that she chose to speak about it even decades after it occurred.

Where Are Stacey Pinkerton, Helen Gumpel, and Barbara Bowman Now?

While Bill Cosby was found guilty of indecent sexual assault, his conviction was overturned in 2021. In the aftermath, Stacey said, “We thought we had a little bit of justice, but that seems to have dissipated at the moment. But we’re going to keep fighting and keep speaking.” Today, Stacey Pinkerton lives in Spain and works as a radio broadcaster. As for Helen Gumpel, a report from 2015 mentioned that she lived with her husband in Connecticut.

Despite Helen’s initial disappointment when the conviction was overturned, she said, “This is one of the most powerful men in the nation, in the world, and a bunch of women got together — and we didn’t even ask for anything, we just wanted some kind of justice — and we got two years. And he’s no longer known as ‘America’s Dad.’ That’s pretty good.” Finally, Barbara Bowman is a largely self-taught artist who runs her own studio in Scottsdale, Arizona. A report from 2014 stated she is a married mother of two.