Where Are The Gosselin Kids Today? 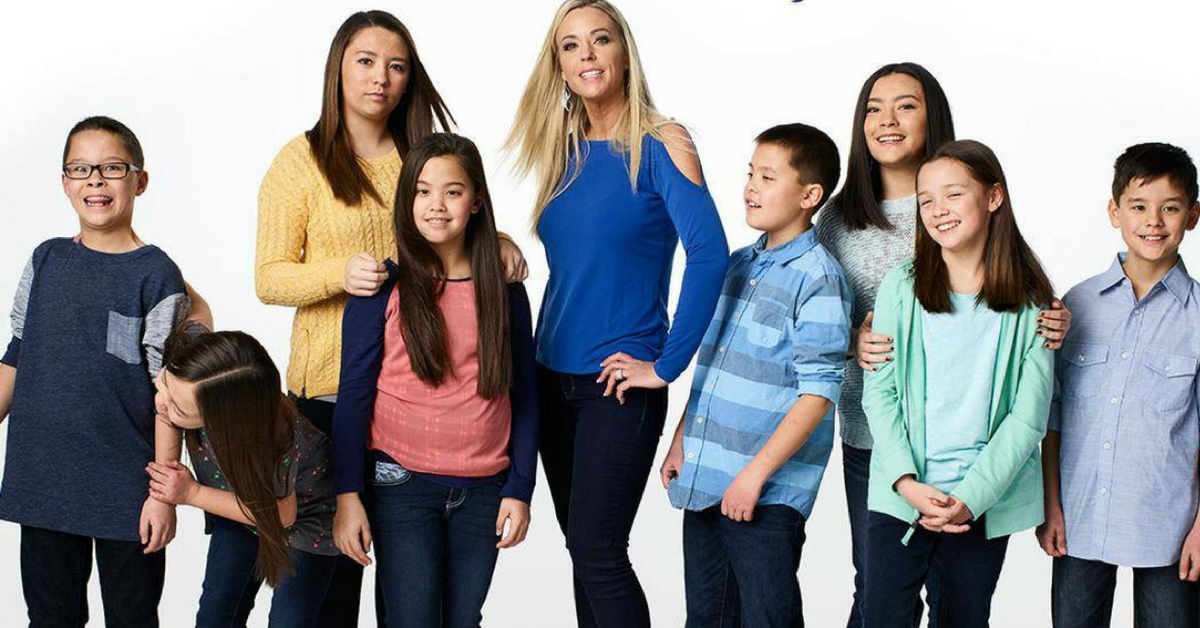 The Gosselin family shot to reality TV stardom in 2007 when TLC made a show that followed their daily lives and parenting challenges – ‘Kate Plus 8’, formerly titled ‘Jon & Kate Plus 8’. The show changed the title when Jon was no longer a part of the project after Jon and Kate divorced in 2009. They had been married for 10 years and had 8 kids together – a pair of twins and sextuplets. The Gosselin kids basically grew up on TV and their fans got emotionally attached to them. It has been a decade since Jon and Kate Gosselin, and their kids (sextuplets Collin, Hannah, Leah, Alexis, Aaden and Joel, and twins Cara and Mady) all lived under one roof. So it’s only natural that fans want to know where the Gosselin kids today and how they are doing in life. We have all the information for you.

The last decade was not kind to Cara (and her siblings). What with their parents being in a bitter legal battle over the custody of the sextuplets, Cara and her twin Mady had to go through a lot. Cara lived with her mother Kate till 2019 which is when she moved away from home to go to college. Now, Cara is about to turn 20 years old in October 2020 and has started the second year of college. She is not active on any social media currently. All we know for sure (through her twin’s TikTok videos) is that Cara spent most of her freshman year at home with Kate and her siblings because of the ongoing pandemic.

Mady is more active on social media than her twin sister. The soon-to-be-20 college student goes to school in New York City, but she and Cara have chosen different colleges. They both live in NYC but since March 2020, have been living with mom Kate in Pennsylvania as their university called off classes for the foreseeable future. It appears that she attends Syracuse University, going by her social media pictures in which she is at a college game supporting the Syracuse University team.

The firstborn out of the sextuplets, Alexis is the loudest and most vivacious sibling. She is known for her tomboyish, roughhousing ways. In May 2020, she turned sweet 16. She lives in Pennsylvania with her mother and three other siblings.

Hannah doesn’t live with her other siblings. Since 2018, Hannah has been living with her father Jon, as she wasn’t comfortable living with Kate due to all the spotlight and media glare that’s forever plaguing the family. Apparently, Hannah wants no further part in her mom’s reality TV biz, and therefore chose Jon over Kate. She is also 16 years of age (as of May 2020) and lives a seemingly happy life in New Jersey with Jon, his girlfriend Colleen Conrad, and brother Collin. Hannah stays in touch with her siblings, though she is estranged from her mom.

While all the kids have been through many upheavals, Collin has had the most disturbing experiences. In 2016, his mom Kate sent him away to Fairmont Behavioral Health Institute where, according to dad Jon, Collin spent more than two “inhumane” years despite only being diagnosed with ADHD. Jon got legal custody of both Hannah and Collin and ever since then, Collin has lived with his father in New Jersey. Most recently, news has surfaced about Jon being violent towards 16-year-old Collin, who has claimed on social media (in a since-deleted post) that his father kicked and punched him and is also a liar. These allegations of physical abuse against Jon have yet to be proven in court. Previously, Collin had claimed that he was very happy living with his father. Collin is reportedly estranged from his mom and other siblings apart from Hannah.

Aaden, also 16 years old, lives with his mom Kate and three other siblings. He recently got his braces removed and was apparently the last Gosselin to have braces. Aaden, like most of his siblings, does not speak to his father Jon. Aaden is not active on social media.

Leah, like the rest of the sextuplets, is a 16-year-old sophomore in high school. She lives with her mom Kate and her siblings, two dogs, and a parrot. Leah is also estranged from her father and brother Collin, but does talk to sister Hannah.

16-year-old Joel lives in Pennsylvania with his mom Kate and other siblings and he attends the Lancaster Country Day School, a private school in Lancaster, PA. Joel got his braces off in 2019. He too does not speak to his father Jon. Apparently Joel and his siblings (not counting Hannah and Collin) are very supportive of their mom dating again and documenting it on Kate’s new dating reality show, ‘Kate Plus Date‘.

Read More: Where is Cast of Sister Sister Now?