Where Are The Love Island Season 3 Couples Now? 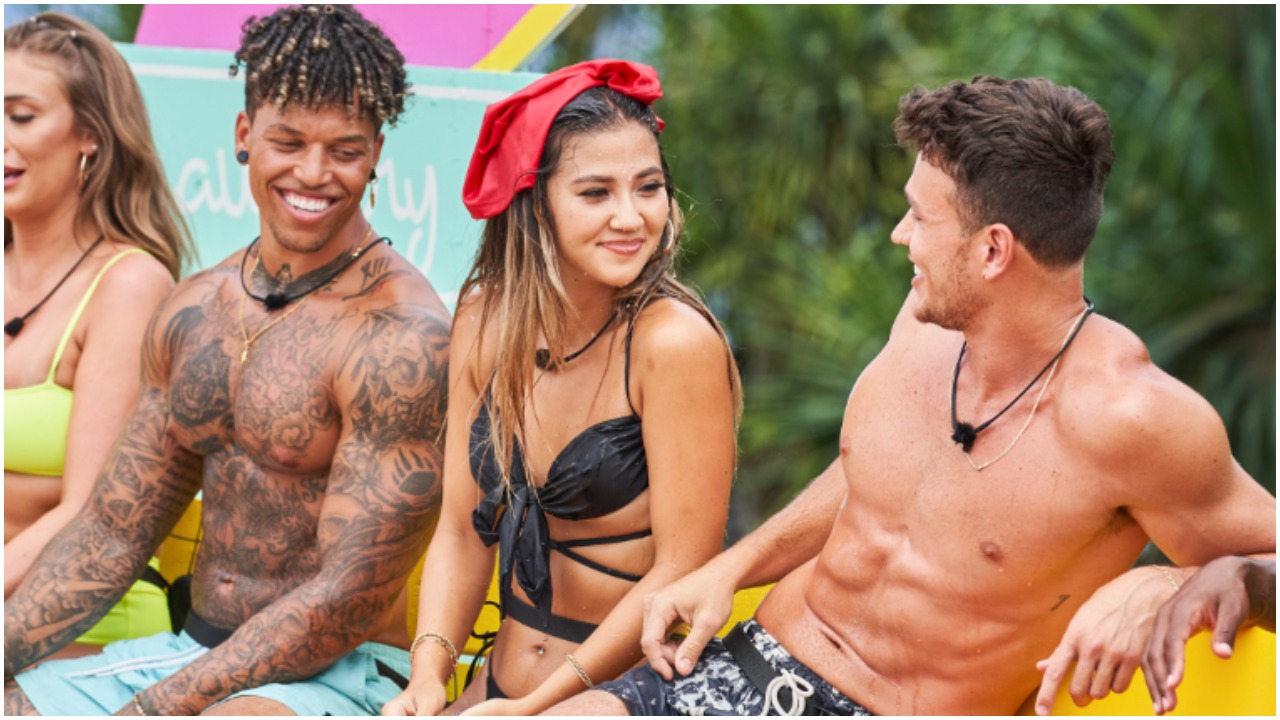 ‘Love Island’ is an interesting dating reality show that has a group of singles living on an island or in a villa while being cut off from the rest of the world. However, to survive on the show, each contestant needs to be coupled up with another. Moreover, pairs with the least number of votes can also be eliminated as per rules. The periodic recouplings and the numerous challenges make the series a thrill to watch. With the end of season 3, cameras have been turned away from the lives of the couples. Naturally, after following their journey on the show, fans are clamoring to know where the contestants of ‘Love Island’ season 3 are now. Let’s find out, shall we?

Alana Paolucci and Charlie Lynch joined the villa late into the season. While Charlie came in a little ahead of Alana and struck up a relationship with Cashay, Alana was one of the last women to enter the competition. Charlie and Cashay were having quite a few problems in their relationship, and thus, when Alana came by, Charlie was smitten with her. He dumped Cashay and immediately coupled with Alana. The couple showed real dedication in the days leading up to the finale.

Although there were a few problems, especially with Charlie’s personality and his behavior regarding Cashay, the couple managed to finish in the fourth position. Ever since filming ended, Alana and Charlie have chosen to keep their relationship away from prying eyes. They have refrained from talking about it publicly and have not updated their fans on their current status. The pair have shared pictures from the villa on their social media accounts, but nothing about the time after the cameras stopped rolling.

Moreover, although the duo left the villa as a couple, a recent post on Charlie’s Instagram account has given rise to speculations about a possible breakup. Still, these rumors must be taken with a grain of salt as nothing is confirmed. As things stand now, it is unclear if Alana and Charlie are still dating.

From the very beginning, Jeremy Hershberg found it challenging to find a perfect pairing in the villa. Although he tried to gel with several partners, none of the couplings worked out. However, it seemed like fate was saving him for the best as his chemistry and connection with Bailey Marshall were instant. The two met during the Casa Amor event, and although Bailey even caught Korey Gandy’s attention, she ultimately chose Jeremy. Thanks to their extraordinary relationship, Jeremy’s unfavorable status with the fans began changing, and he started getting recognized.

The couple entered the final day together and finished in third place. Like most of their counterparts, Bailey and Jeremy have also opted to keep their relationship under tight wraps. They are highly private when it comes to their personal lives and try to keep it out of social media. With cameras now turned away from their lives, both Bailey and Jeremy have been winding down in their own way. Although it seems like the two have made some good friends during their time on the show, it is still unclear if Bailey and Jeremy are still together.

2. Will Moncada and Kyra Lizama

Will Moncada and Kyra Lizama got together on day 2 of the show and stayed together until the end. The two individuals showed immense commitment and worked hard on their relationship. Initially, Will was also pursued by other women like Olivia Kaiser, but he remained loyal to Kyra and chose her in the recouplings. However, trouble soon crept up, and Will met Florence Mueller in the Casa Amor event. Although Kyra remained loyal throughout, Will warmed up to Florence and kissed her.

However, he came clean to Kyra about his disloyalty, and she decided to forgive him. They showed outstanding commitment while recovering from the incident and finally finished 2nd on the show. Throughout their time on the show, Will and Kyra have been embroiled in an allegation that they both knew each other before the show. Although the allegation’s only source was Will’s previous comment on Kyra’s Instagram posts, it was supported widely. Thus, many believed that the two had an unfair advantage.

However, the rumors have remained unconfirmed to this day. Will and Kyra’s relationship seemed to flourish even though Florence claimed that Will had downplayed the Casa Amor incident to Kyra. The couple stuck together and even claimed that they were “official” on social media. Furthermore, they left the show as a committed couple and were even spotted sharing a kiss on their way back home. Thus, from the looks of things, Will and Kyra do seem to be together.

Korey Gandy and Olivia Kaiser took some time before coupling together while on the show. Both went through several partners and had unfruitful relationships initially. However, once Korey found Olivia, sparks flew instantly. The couple took to each other, and Olivia expressed her desire to couple with Korey. However, during the Casa Amor event, the introduction of Leslie could have spelled doom as Korey was interested in her. Still, he ultimately chose Olivia, and the two showed real commitment in the days leading up to the finale. With their chemistry, dedication, and love quite apparent, Korey and Olivia made it to the end as a couple and ended up winning the massive cash prize.

Showing their togetherness as a couple, Korey and Olivia decided to split the prize money equally between themselves. They also made it past the numerous speculations which belittled their relationship and proved that they were made for each other. It seems that at present, Korey and Olivia are still together and are having the time of their lives. Olivia even mentioned that the couple plans to take a short trip to New York and then to Korey’s hometown.

On the other hand, Korey said he loved Olivia’s mother after talking to her on FaceTime and could not wait to know the rest of her family. The duo even expressed their desire to get to know each other better in the real world. Additionally, the couple has even appeared in several interviews together where they have affirmed that they are planning on making their relationship last.