Where Are The Turpin Siblings Now?

When the police rescued the 13 Turpin siblings on January 14, 2018, they were stunned by the neglect and mistreatment. The house was utterly unsanitary, and most of the children were starved for days leading to malnourishment. They had been physically abused and tortured for years, and rescue wouldn’t have been possible if Jordan Turnip hadn’t escaped and called 911.

’20/20: Escape From a House of Horror’ recounts the terrifying ordeal the children lived through and even features interviews with Jordan and Jennifer Turpin. However, if you are intrigued to know where the rest of the Turpin siblings are at present, we have you covered!

Who Are The Turpin Siblings?

The Turpin siblings lived with their parents, David and Louise Turpin, at their residence in Forth Worth, Texas. However, instead of receiving love and care from their parents, the children were subjected to inhuman torture throughout their lives for even small mistakes. Later Jordan and Jennifer recounted how their parents would pull their hair, throw them across the room, or even beat them without any mercy. Some of the siblings were kept chained to their beds, and there were also allegations of sexual abuse. 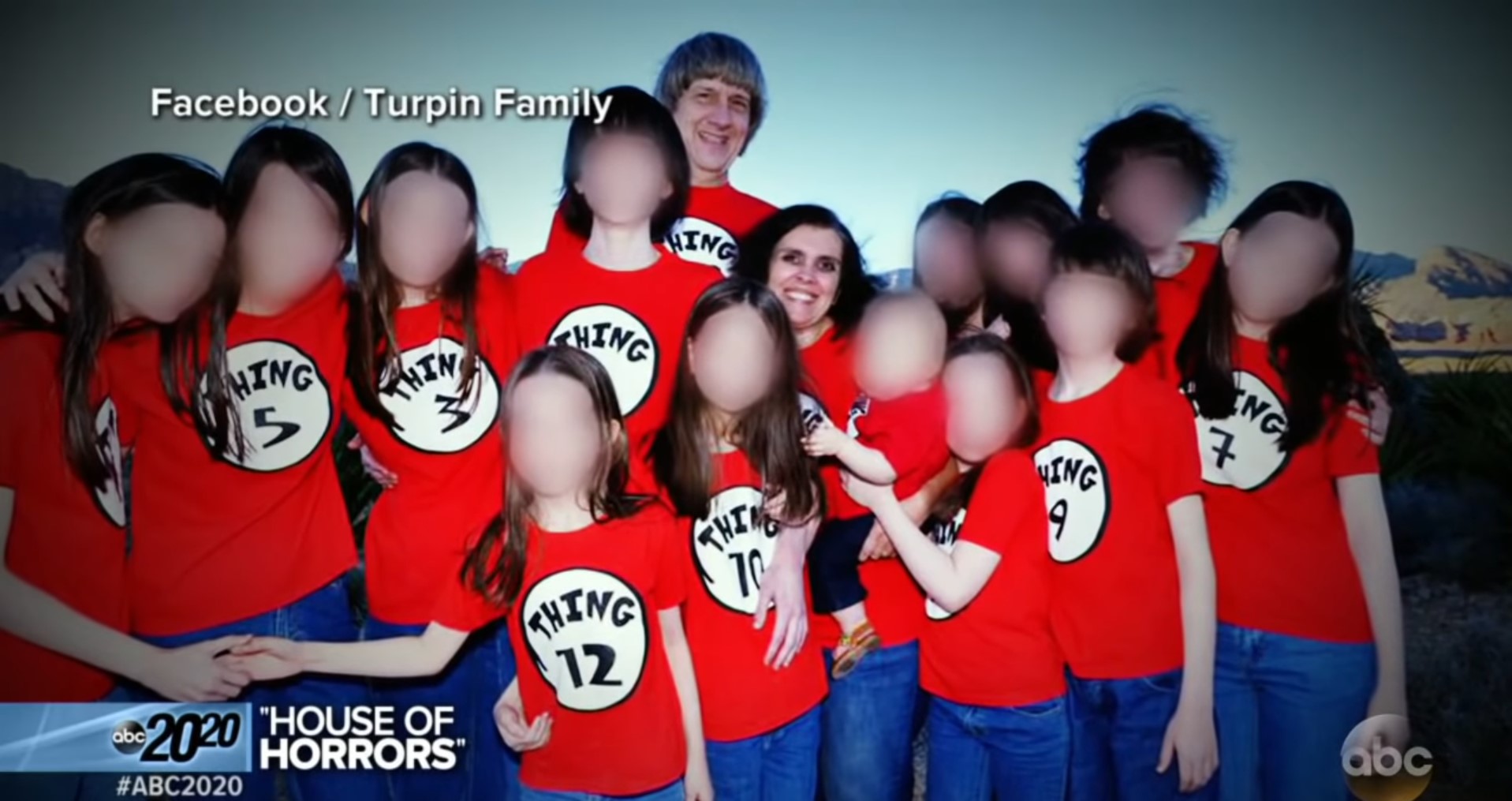 Being locked up in the house led to their father, David, homeschooling them. Still, even while learning their lessons, they would be beaten up or whipped with belts for not paying attention or making mistakes. Reports state that horrifying beatings were administered even when one of the siblings mistakenly colored outside the lines during drawing. None of the siblings were allowed outside, and their only connection was through a phone Jordan managed to get. However, even she was caught watching a Justin Bieber video and was almost choked to death.

Surprisingly, David and Louise seemingly had no qualms when it came to hurting their children and even justified their actions by using passages from the bible. Over time, the family moved to Perris, California, and the torture got worse. The siblings were forced to live in filthy conditions and weren’t even allowed to bathe regularly. They never received proper healthcare, and some were chained to the beds and starved for months, leading to acute malnourishment.

Where Are The Turpin Siblings Now?

In January of 2018, Jordan Turpin overheard her mother announcing that the family would be moving to Oklahoma. Realizing the need to get immediate help, she crept out of the house on January 14 and made her way over to a phone booth to call 911. Unable to give an exact location on account of her never being out, the police had to track her call and then launch an operation to rescue the other siblings. The parents were subsequently arrested and indicted on multiple charges of cruelty, torture, and abuse. 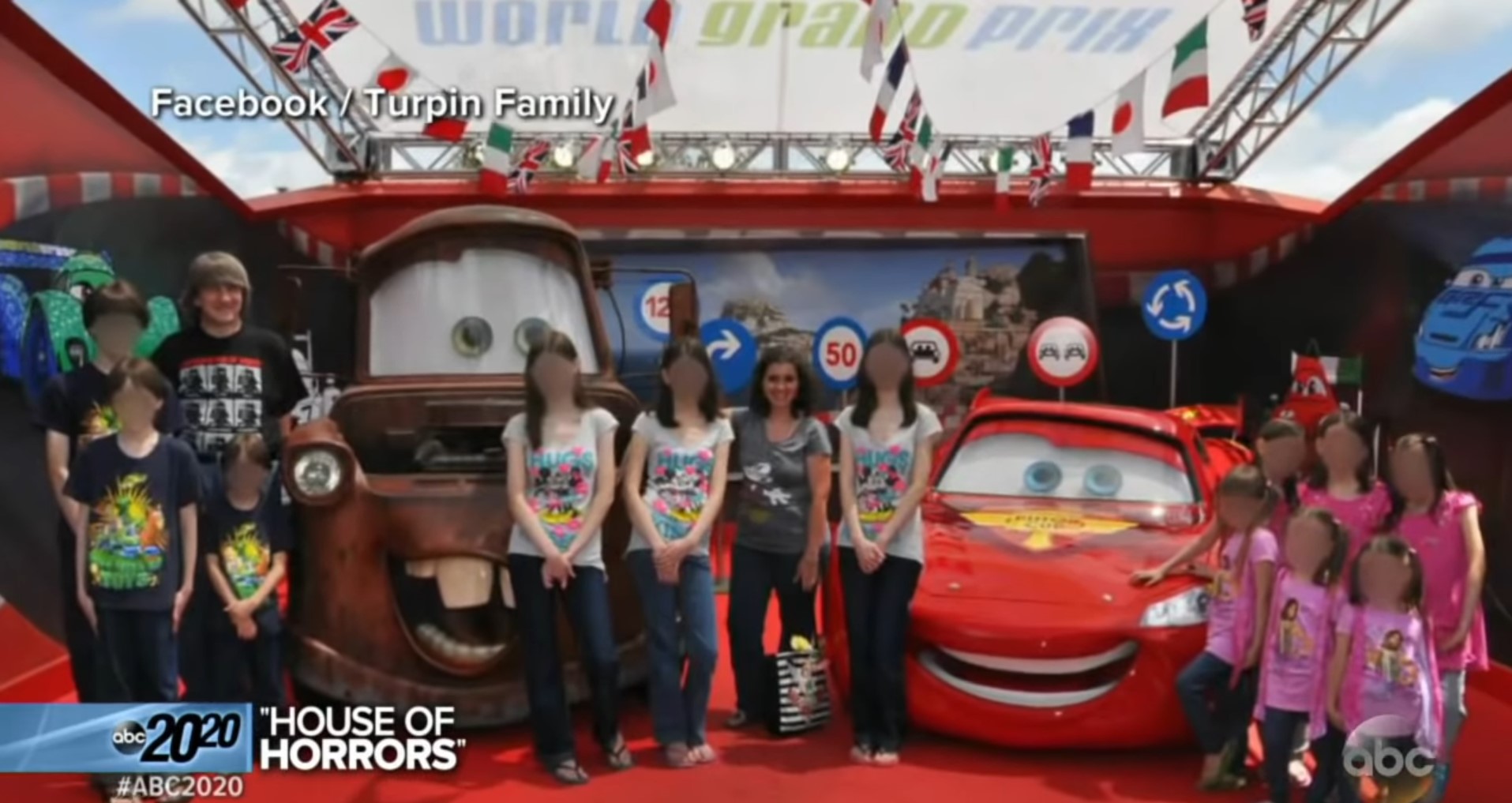 The Turpin siblings were sent to a local hospital to recover, while local groups managed to raise a massive amount of money for their care. Child and Adult Protective Services were also involved and helped rehabilitate the siblings. During David and Louise’s trial, some Turpin siblings even testified against their parents, helping send them to prison for life. Although Jordan and Jennifer appeared on the ’20/20′ episode, they refused to reveal the identities of their siblings on account of their privacy.

However, the Turpin children are living all over Southern California, but as per some reports, they have still been facing difficulties. Further sources reported that they were all looking to build their futures as one of them was completing a college degree, while several others attended schools or took up employment. Moreover, although they live independently in their own apartments and are in charge of their lives at present, all thirteen siblings have kept in touch and still meet up from time to time. It is heartwarming to witness the siblings united in their fight against the dark past, and we hope they remain happy for the years to come.

Read More: Where Are David and Louise Turpin Now?