Where Are The Winners of Ink Master Season 2 Now? 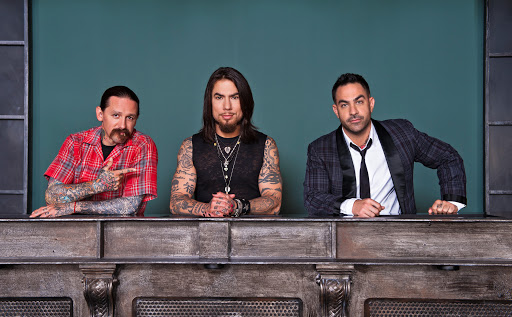 The debut season of ‘Ink Master’ was released around the same time that body art and its many forms were garnering more popularity each day. After a hit season, its second edition followed within the same year. The (now) Paramount Network’s tattoo reality competition series aims to assess professional tattoo artists’ skills by making them compete against each other in a series of rounds.

When the second edition in the franchise premiered under Spike on October 9, 2012, viewers got hooked to the extraordinary potential that each artist exhibited on the show. The masters of the art and the show’s accomplished judges, Chris Núñez, Dave Navarro, and Oliver Peck, brought out the best in all the contestants. Some of them performed even better than others and were thus declared winners. But where are these artists now? 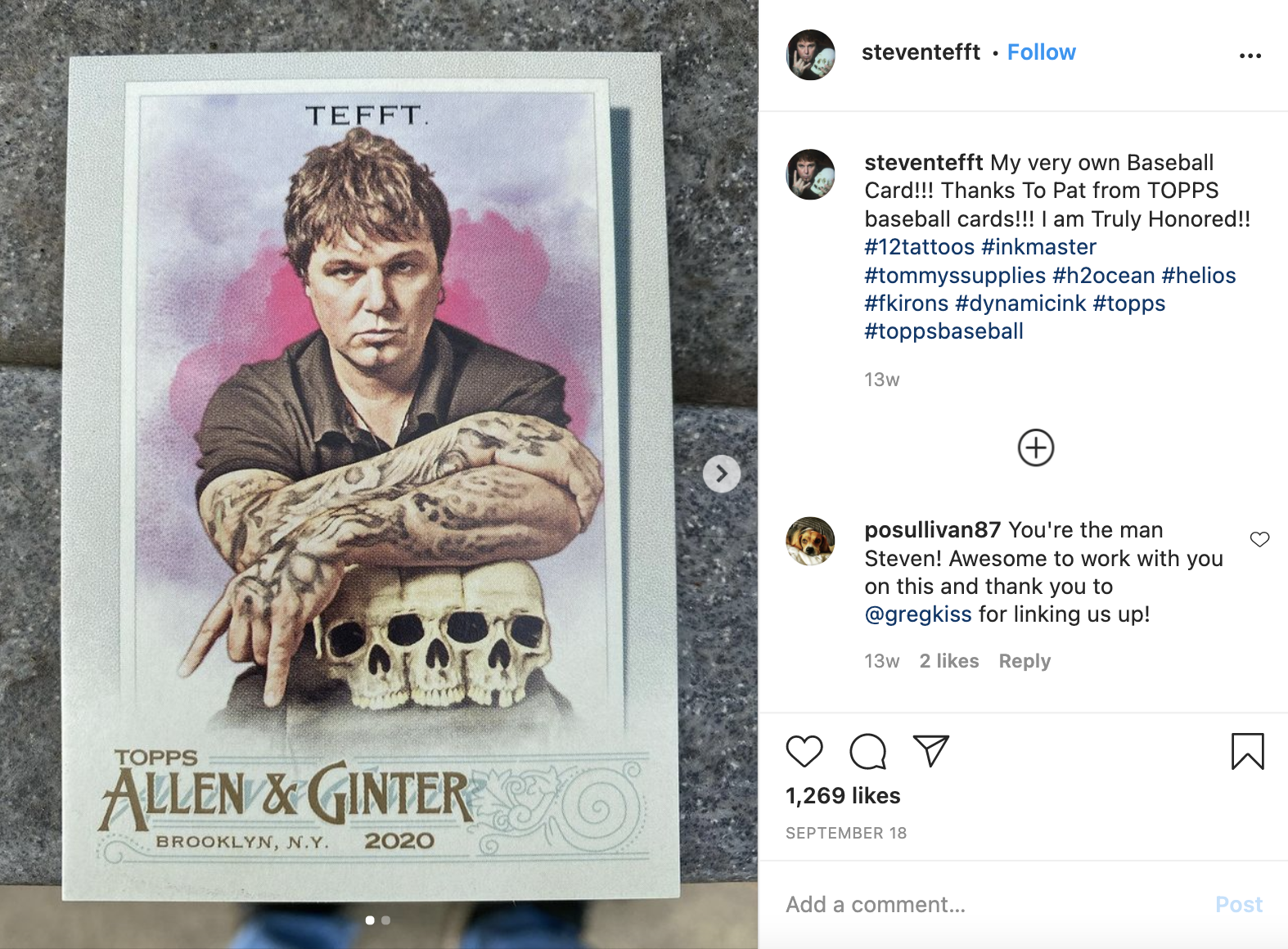 In 2012, Steve Tefft earned the title of Ink Master after 17 years of experience as a tattoo artist and showcasing the pure hard work that the job entails. His fascination with body art started at the age of 7 and led him to establish a successful career in the tattoo industry. Before becoming a reality star, he owned a shop, 12 Tattoos, on 500 Bridge Street in Groton, and the win gave his career an instant boost.

He now specializes in custom pieces and portraits, which he paints in his signature style of black and grey realistic and horror tattoos. Now, with over 25 years of practice and flawless execution on hundreds of clients, Steve has turned his business into a premier tattoo and body piercing studio in Southeastern Connecticut. With a fan following of over 71k followers, Steve frequently shares his work and keeps his personal life away from his social media accounts. 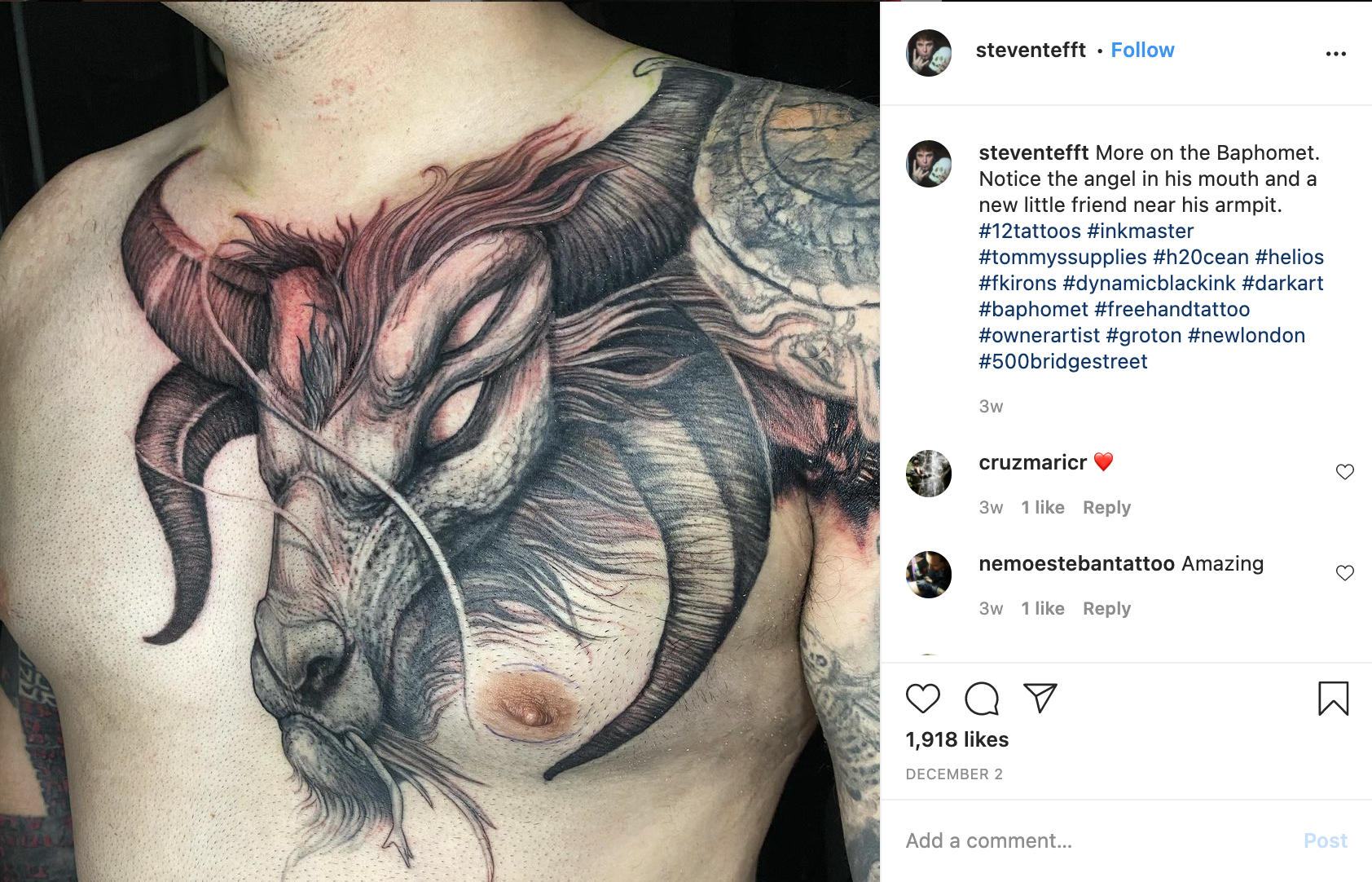 The talented tattoo artist returned on the 7th edition of ‘Ink Master’ but got eliminated on the seventh episode, thus finishing in 10th place. But the reality TV failure did not affect her otherwise thriving career. She also got a chance to coach another contestant on season 12 of the tattoo competition series. Sarah’s tattoo skill set includes a fervent passion for portraiture and photo-realism, which she artistically exhibits on all her clients. Having honed her tattooing expertise for over a decade, she has acquired the best of both modern painters and tattoo artists. 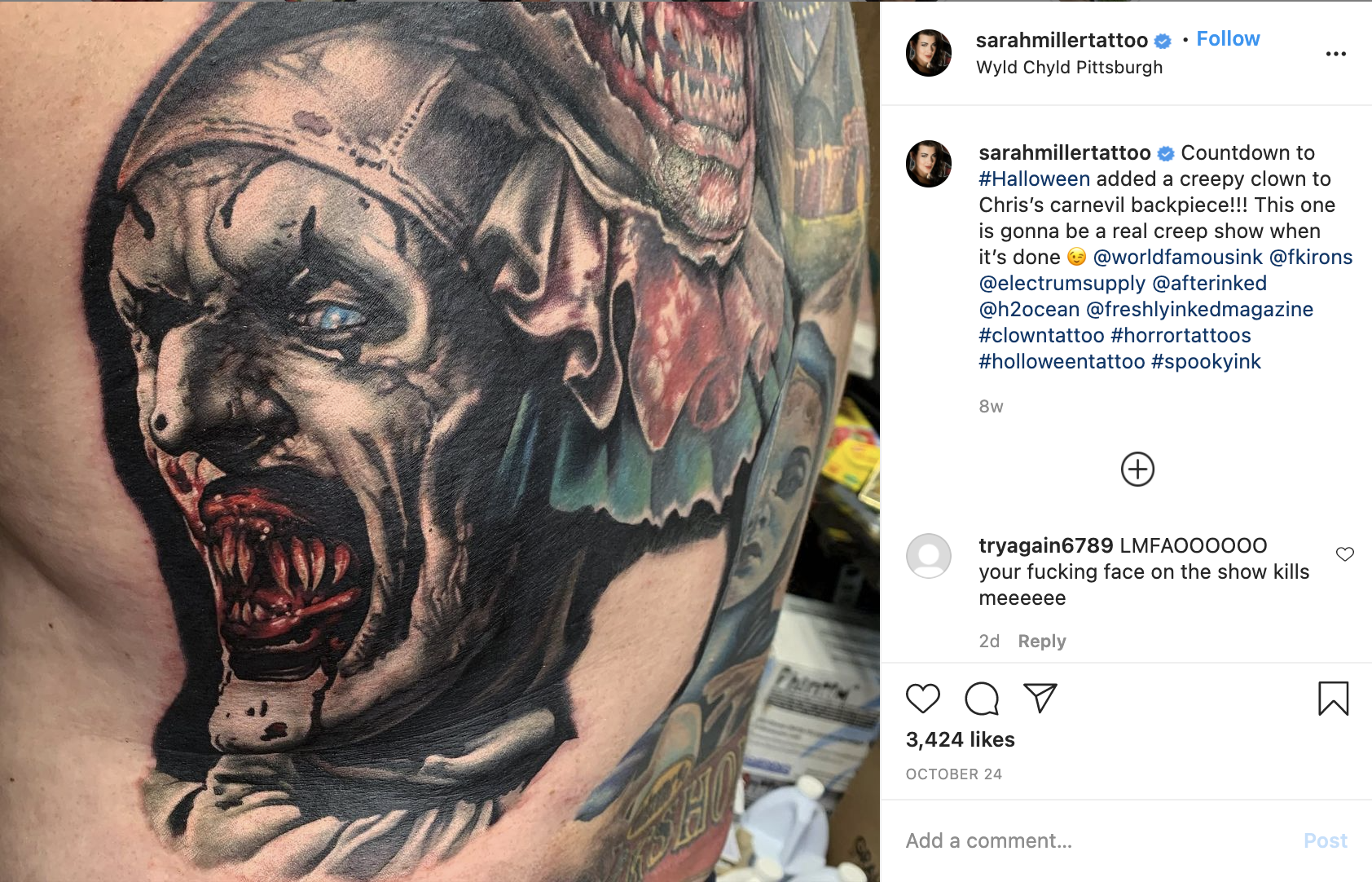 In 2012, she opened her own tattoo studio, Wyld Chyld Tattoo, in partnership with her longtime friend, Bill DeLuso. She works as the Managing Partner as well as a tattoo artist at the shop located in Pittsburgh, Pennsylvania. Specializing in portraits and pin-ups, Sarah has traveled the world to attend national and international conventions, which has allowed her to assess her talent compared to some of the best artists in the industry.

After bagging sundry prestigious awards, the internationally recognized tattoo artist has been known to put her sweat and blood into some major pieces. For instance, the one she drew on a Pittsburgh Steelers’ superfan took over 5 years of labor and off and on sessions, a few of them being 16 hours long. Not much is known about her personal life except that she became a proud mother to an adorable daughter, Olivia Catherine Peel, on January 29, 2020. 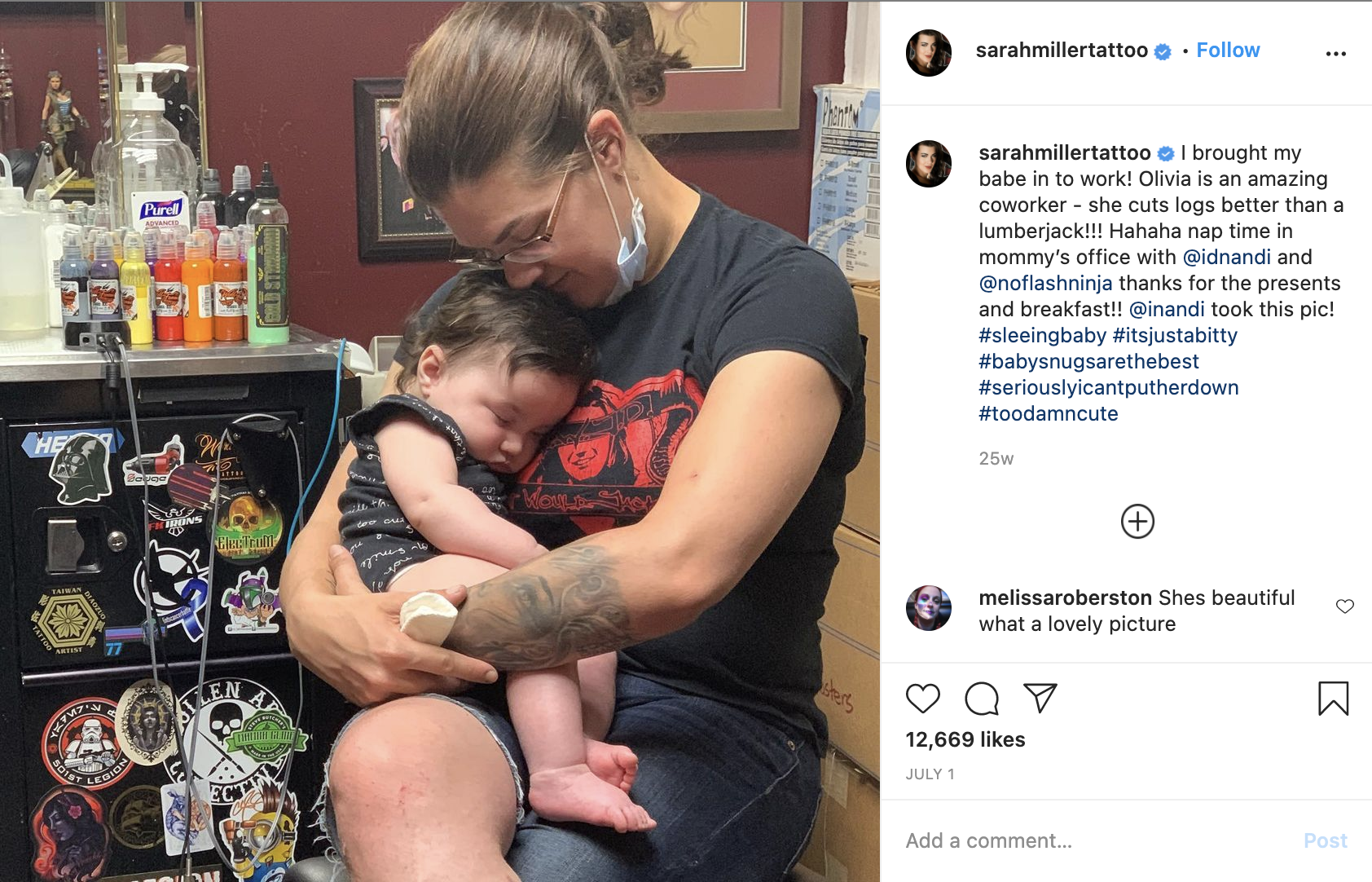 Sebastian Murphy is an award-winning tattoo artist who was born in Brooklyn and raised in Detroit. He showcased his impeccable skills on the second season of ‘Ink Master,’ on which he finished in third place. Before appearing on the reality television series, he had already given his services to celebrity clients. He tattooed a heart on singer Miley Cyrus’ pinky finger in 2008. After being featured in famous publications like ‘Ink and Hustle,’ he continued working at Detroit Ink as the manager and a tattoo artist. Around 2018, he opened his own tattoo and body piercing studio, Dark Horse Tattoo Co. LLC., located in Warren, Michigan. 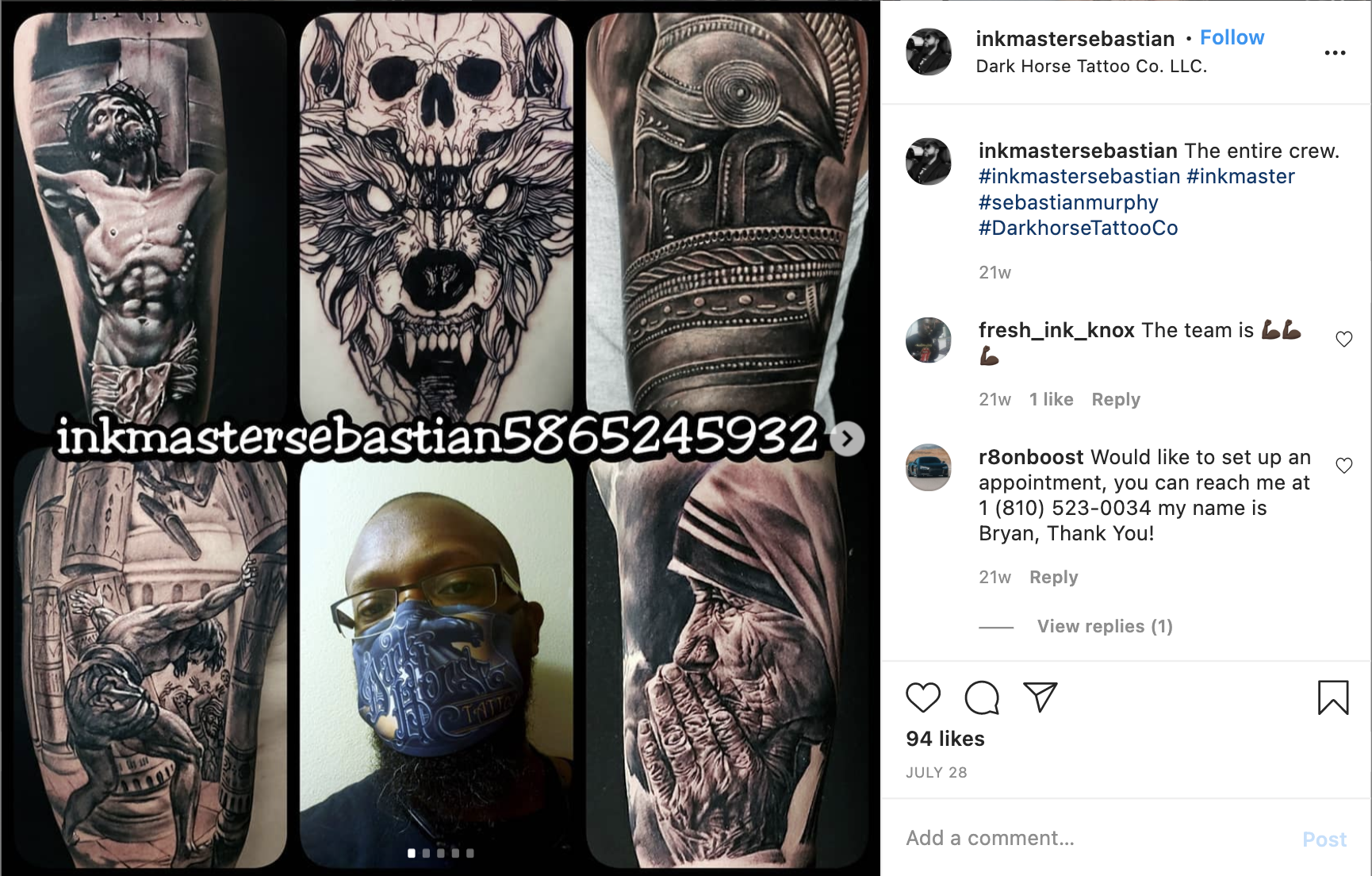 From being an airbrush artist as a teenager to a full-blown artist and entrepreneur, Sebastian has built a successful business. A cursory glance at his personal and shop’s social media accounts tells us that the skilled self-made man spends each day working and fulfilling his passion for body art. His signature style continues to be black, gray, and photorealism, and the self-claimed “ninja duplicator” can truly duplicate with the needle any portrait.

Read More: How Much Does it Cost to Get Tattoos From Ink Masters Chris Núñez and Oliver Peck?