Where Are Thomas and Lesley Dorsett Now?

The brutal murder of Stephen Moore in 2010 came as a shock to many. What was even more shocking was that he was killed by his former father-in-law, Thomas Dorsett, who was aided by Stephen’s ex-wife, Kathleen Dorsett. NBC’s ‘Dateline: Family Affair’ looks into the tragic story of why the 42-year-old was murdered. Thomas was convicted of Stephen’s murder in 2013. His wife Lesley was later convicted for her part in a failed hit on Stephen’s mother, Evlyn. Curious to know what exactly happened and where they might be now? We’ve got you covered.

Who Are Thomas and Lesley Dorsett?

Thomas Dorsett, 62, had his own air-conditioning and refrigeration business. He was married to 64-year-old Lesley Dorsett, a former member of the Ocean Township Board of Education. Their daughter Kathleen was married to Stephen Moore. At the time, the issue stemmed from the custody dispute of Kathleen and Stephen’s daughter, Elizabeth. It was stated that after Elizabeth’s parents divorced, the Dorsetts planned to move to Florida and were going to take Elizabeth with them. As part of the divorce agreement, Thomas was to help Stephen relocate there and was also required to financially assist him for the first six months. 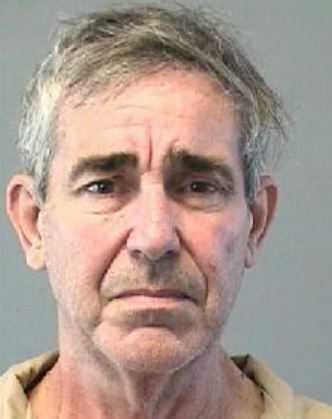 Thomas had later admitted that he was upset with that and wanted to get rid of Stephen from their lives. Thomas had also revealed that he had a lot of anger towards Stephen and, at one time, thought about planting drugs on his former son-in-law to get him out of the picture. Then, he had hatched a plan with his daughter to kill him. He went on to do exactly that on August 16, 2010. Stephen’s visit to Kathleen’s house on that day to drop off Elizabeth was the last time anyone saw him alive. Thomas killed Stephen in the garage by beating and choking him. After Kathleen helped him move the body to Evlyn’s car, he drove it down to Long Branch, New Jersey.

Kathleen brought him back home after the car was abandoned. Thomas also paid another man, Anthony Morris, to get rid of the body. Prosecutors later stated that while he made the payment, Thomas lit the car on fire himself. Lesley Dorsett also ended up going to prison because Kathleen wanted her mother to deliver a photo of Evlyn and some money to a hitman to kill her and make it look like an accident. The plan was thwarted by the police, and, as a result, Lesley and her daughter were charged in relation to this crime.

After Kathleen’s arrest in 2010, Thomas had tried to kill himself outside his lawyer’s office by ingesting refrigerant. He was found unconscious by his lawyer who called 911. The family was also charged with money laundering in November 2010. The authorities alleged that the family had money deposited in five banks in Monmouth County, New Jersey, that was a structure in a manner that was “for the purpose of evading state and/or federal currency transaction reporting requirements.” But it appears as though the Dorsetts were not convicted of these charges. In May 2013, Kathleen, Lesley, and Thomas pleaded guilty to the various charges levied against them in relation to the murder and the botched hit.

Where Are Thomas and Lesley Dorsett Now?

Thomas Dorsett pleaded guilty to first-degree murder and arson for hire. He was sentenced to 45 years in prison for that, 15 of which were for the arson conviction. At his sentencing, Thomas talked about his family being a close-knit one and apologized to his wife and daughter. As per prison records, he remains incarcerated at the New Jersey State Prison in Trenton, New Jersey. He will be eligible for parole in August 2040.

Lesley Dorsett pleaded guilty to conspiracy to commit murder and was sentenced to seven years in prison. Lesley also apologized to Evlyn, who was present at the sentencing hearing. “I’m truly sorry for Stephen’s death,” she told his Evlyn. “Nothing can be worse than losing a child.” Lesley was released on parole in December 2016. She seems to still be living in Manchester, New Jersey, but not much else is known about her.