Where Is 12 Dates of Christmas Filmed?

‘12 Dates of Christmas’ is a holiday-inspired reality dating show that revolves around Christian Faith Fernandez, Garrett Marcantel, and Chad Savage. Each of them is on the look-out for the perfect date that they can bring home for the holidays. The series requires them to stay at a dreamy castle in Austria, along with the participants who compete for their affection.

The romantic and adventurous dates bring Faith, Garrett, and Chad, closer to finding the right person out of all the participants. Showrunner Sam Dean is also the person behind the Netflix hit ‘Love Is Blind.’ ’12 Dates of Christmas’ has often been referred to as a rom-com reality show but what enhances the romance factor is the setting. Naturally, you must want to know where it is filmed. Well, we’ve got you covered!

The show’s setting takes the romance to the next level with scenic landscapes, royal treatment, and a dash of adventure. Let’s have a look at the exact location where the series is shot!

‘12 Dates of Christmas’ is primarily filmed at Salzburg in Austria. The series is mainly set in a real-life castle, Schloss Leopoldskron. If you are one of those people who has ‘The Sound of Music’ as a permanent entry on your list of films to watch during the holiday season, surely you will recognize this place. The castle is a national historical monument located in the southern district of the city of Salzburg.

Prince-Archbishop of Salzburg Count Leopold Anton Eleutherius von Firmian had commissioned the castle, which was built in 1736 on the shore of lake Leopoldskroner Weiher. The lake freezes during winters, and we can see some of the shots of the frozen lake in the reality show. It also has an ornately decorated ballroom called The Venetian Room. In the show, the cast members are seen enjoying their stay at the castle and also attend the grand masquerade ball. 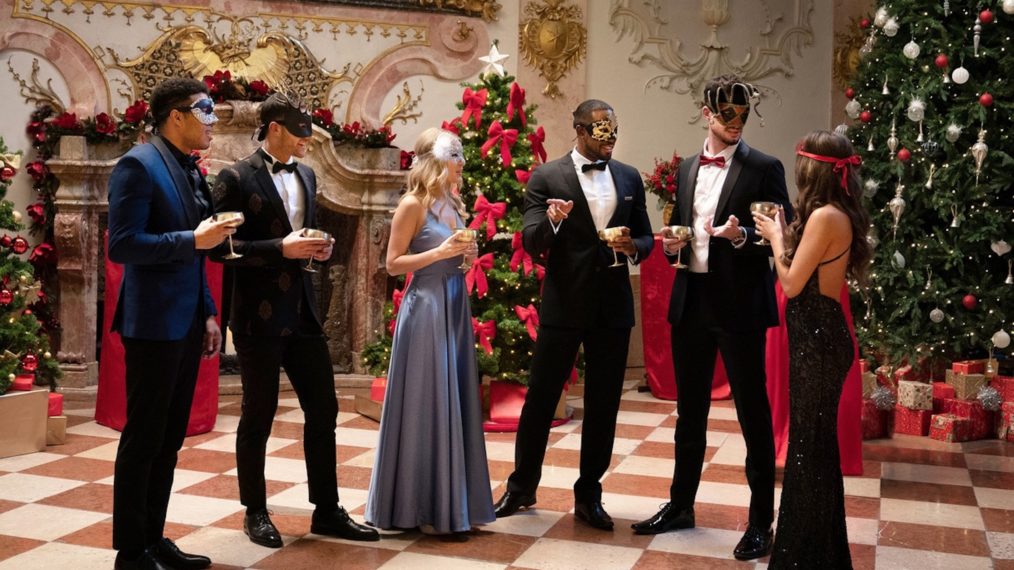 The castle offers a luxurious stay to tourists with its personal service and top-notch technology. Austria is globally known for its Christmas celebrations, Christmas markets, and concert halls. The Hallmark film ‘Christmas in Vienna’ captures the magic of this breathtaking country. But the winter experience is incomplete without skiing, ice skating, and sleigh rides, which we see that the cast of ’12 Dates of Christmas’ take advantage of.