Where is A.P. Bio Filmed? 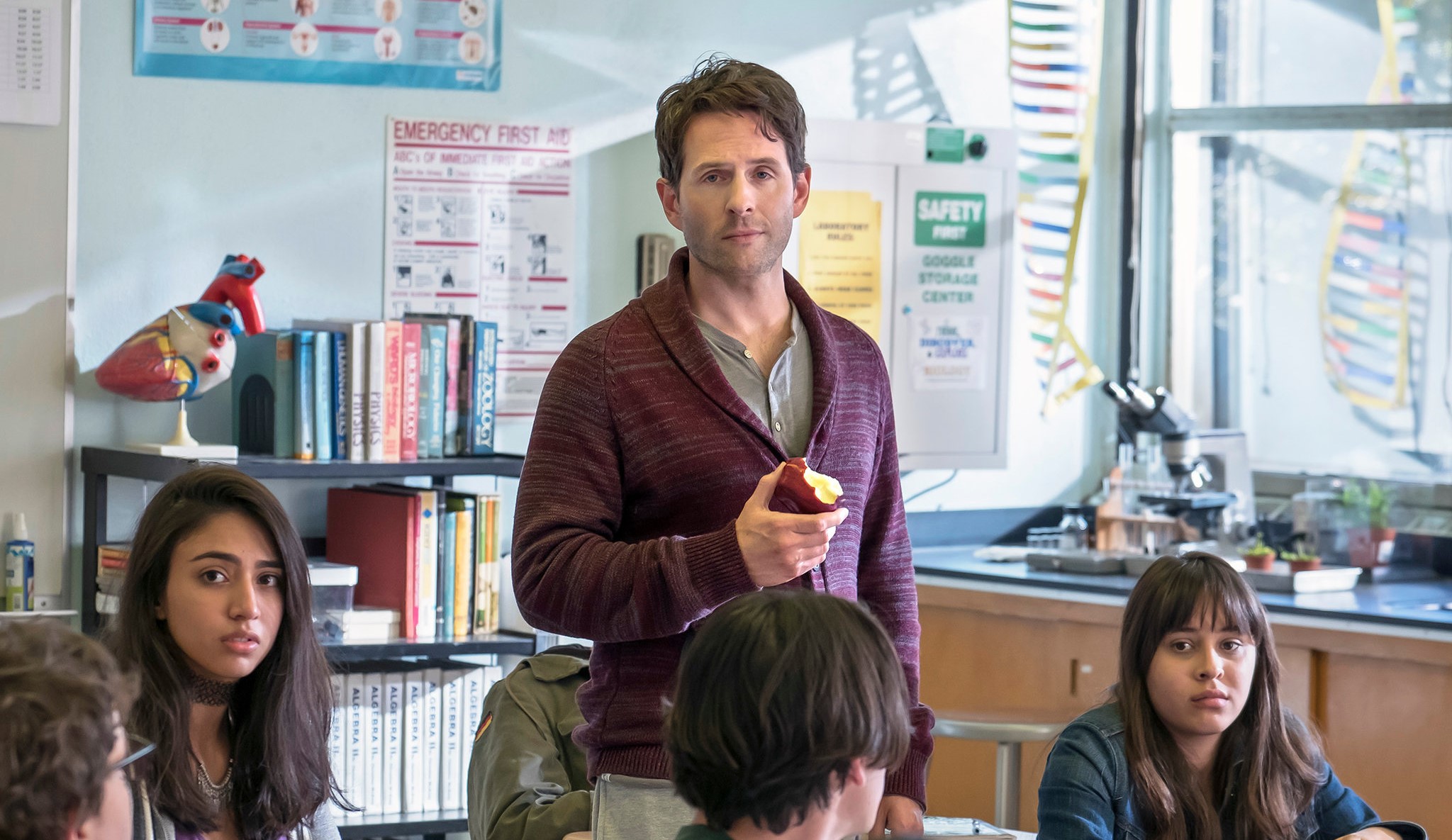 Created by Michael Patrick O’Brien, ‘A.P. Bio‘ is a comedy series that follows Dr. Jack Griffin, a Harvard philosophy scholar who loses his dream job as a professor to his arch-enemy Miles Leonard. With nowhere else to go, Jack returns to his hometown, where he starts working at Whitlock High School as an advanced placement biology teacher. However, he has no plans of helping his gifted students learn anything new. Instead, Jack gets them involved in his twisted plans to exact revenge on his enemy, Miles.

The hilarious drama that unfolds has garnered rave reviews from critics and viewers alike. The creators have managed to capture Jack’s life by shooting the series in locations that best reflect the day-to-day life of an ordinary teacher. Since you are curious about where the series is filmed, let us share with you all that we know.

‘A.P. Bio’ is primarily filmed in California and Ohio. The former is regarded as a prominent center of film and television production on the global platform. On the other hand, Ohio is also a favored filming location and offers lucrative tax credits to attract filmmakers to the region. Since the production is carried out entirely in these two states, let’s get into the specifics of the filming sites!

A significant portion of ‘A.P. Bio’ is filmed in Los Angeles in Southern California. The cast and crew shoot a major part of the series at the CBS Studio Center. Located at 4024 Radford Avenue in Studio City, the production complex offers 18 sound stages, each of which is spread over an area of 7,000 to 25,000 square feet. Filming for scenes set in Jack’s House is filmed in the backlot of the studio.

Several crucial sequences are also shot in Long Beach, which is famous for its waterfront attractions. The coastal city is located approximately 25 miles from the City of Angels, which is the primary filming location. Millikan High School at 2800 Snowden Avenue doubles as the fictional Whitlock High School, where Jack works after losing his job at Harvard. The school’s campus occupies an area of 36 acres. In addition, the property used to depict Marcus’ house is also located in Long Beach. It is exactly situated at 5553 East El Cedral Street.

The property that stands in for Miles Leonard’s house is possibly located at 3705 Alzada Road in Altadena. The scenes in which Jack goes to the bookstore have been filmed at Vroman’s Bookstore on 695 East Colorado Boulevard, Pasadena. A few shots may also have been filmed in Glendale, California. Several important scenes in the series seem to have been filmed at the Universal Studios Lot, which is located at 100 Universal City Plaza, Universal City. It sprawls over 400 acres of land with 28 soundstages and about 165 separate structures that can be used for filming.

Although the show’s production mainly takes place in California, shooting is also done in Toledo to add a layer of authenticity. Some recognizable landmarks that feature in the show are the Toledo Museum of Art (2445 Monroe Street), Huntington Center (500 Jefferson Avenue), and International Park. You might find it fascinating to know that Wesley’s Bar, where the teachers often hang out after work, is a real bar in Toledo. Originally called the Wesley’s Bar & Grill, it is located at 1201 Adams Street. The filming crew mainly uses this location for the exterior shots.

Maumee is one of many locations that is used for filming the show. Located in Lucas County along the Maumee River, it is just a few miles away from Toledo. Filming in the city partially takes place in the Maumee Indoor Theatre at 601 Conant Street.