Where Is Alone Season 8 Runner Up Biko Wright Now?

History Channel’s ‘Alone’ keeps the viewer on edge with its premise of humans versus the wild. Seasoned survivalists are allowed only ten items of their choice before the show drops them off into the treacherous, remote wilderness. Using their skills and abilities to survive, each contestant is also allowed to tap out in case of emergencies. Ultimately, the last survivor is considered the winner.

Biko Wright rose to fame through his appearance in season 8 of ‘Alone.’ A hardened survivalist, Biko won the hearts of viewers through his grit, determination, charm, and magnetic personality. With Biko coming second on his season, fans are clamoring to know where he is today. Well, we come bearing answers!

Biko Wright was born into a family of nature lovers and survivalists. Right from his childhood, his parents taught him how to live off the land using basic survival skills like hunting, snowboarding, snorkeling, and spearfishing. Growing up in Topanga Canyon in California, Biko developed a fondness for the forest from a very young age and was quick to pick up the wilderness survival training imparted by his father, former Los Angeles sheriff’s sergeant and Marine veteran. Moreover, when he grew older, Biko joined his father’s search and rescue team and even got into avalanche training. 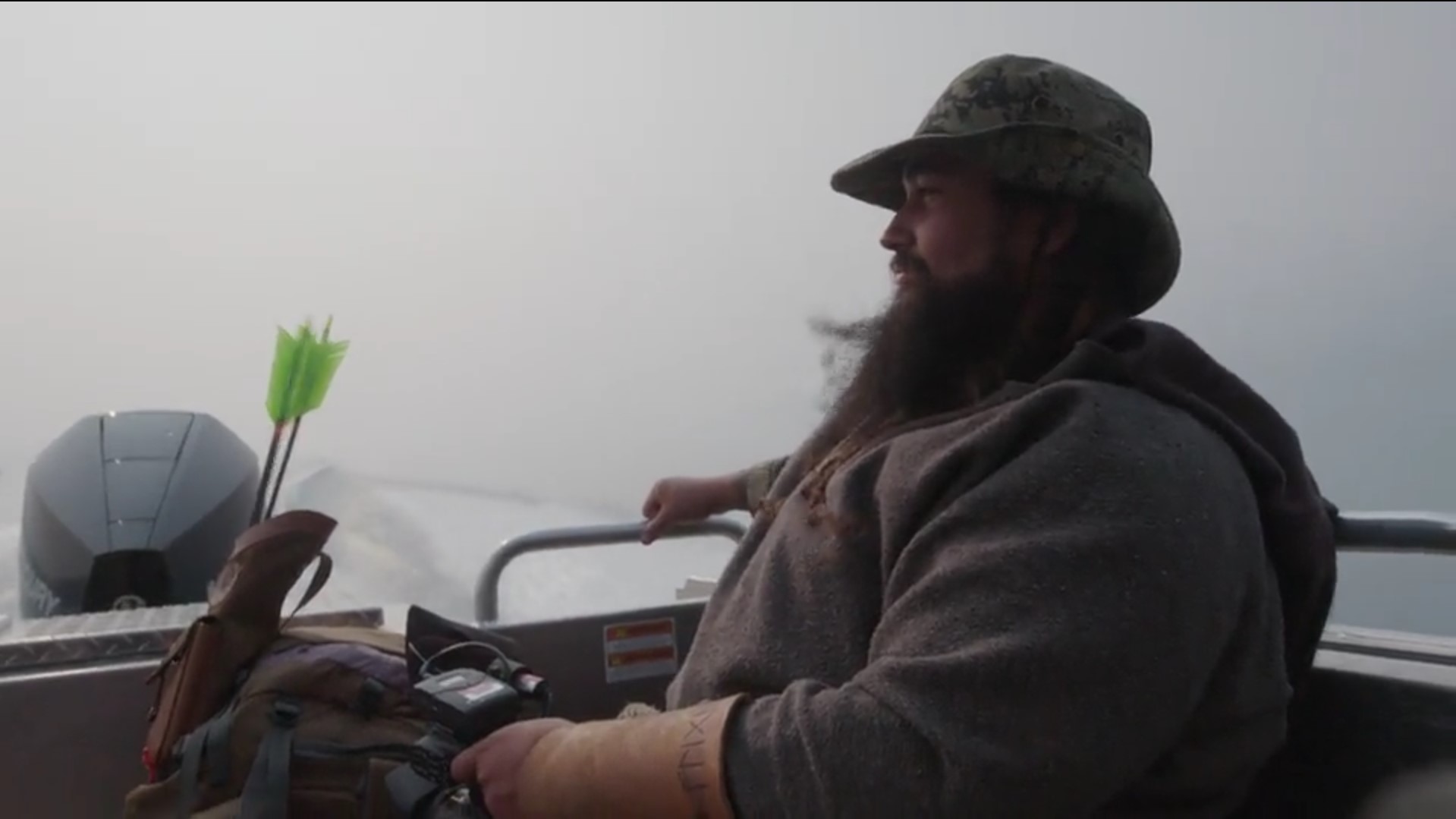 Interestingly, Biko took his father’s help in preparing for ‘Alone’ as the latter trained his son thoroughly to help him endure the challenges in the Canadian wilderness. While striving to survive on the shores of Chilko Lake, British Columbia, Biko quickly found food, water, and shelter. He never once faltered in his determination and remained committed to surviving the worst. Initially, his strategy proved to be highly successful, and Biko lasted well into the season even though many others tapped out.

Ultimately, it was a race between Biko and Clay Hayes, both of whom had survived for more than 70 days. Unfortunately, towards the end, Biko ran out of food and began starving. He also developed “a heart condition from lack of nutrition.” Thus, with a heavy heart, Biko was forced to tap out after 72 days and “had to be flown via helicopter.” Talking about it, Biko said, “I had to spend 2 days in emergency room recovering where they told me I could have gone into cardiac arrest had I pushed further. Ultimately it was the right decision no matter how painful it was for me.”

Where Is Biko Wright Now?

While Biko Wright was off trying to survive in the dangerous wilderness, his fiancée, Erin, was pregnant with twins. Fortunately, Biko managed to return home in time and was able to witness the birth of his twin daughters. The adorable daughters now mean the world to the couple, and Biko’s love for them is quite evident through the lovely posts he shares on his social media account. Erin also seems to share her partner’s love for the wilderness, and together the two are building up a home full of love.

At present, the couple, along with their two little girls – Xyla and Nixie, reside in the woods in Western Oregon. They practice sustainable living and even rescue animals that need their help. Moreover, with Biko being an expert in forging and welding, he uses those skills as a means to survive. Apart from that, Biko is also a vocalist in the melodic metal band Sirion and the Oregon-based folk band Endelos. The family loves living off the land and is leading a wonderful life in the lap of beautiful nature.

Read More: Where Are the Alone Season 8 Contestants Now?