Where is Annie Dookhan Now? 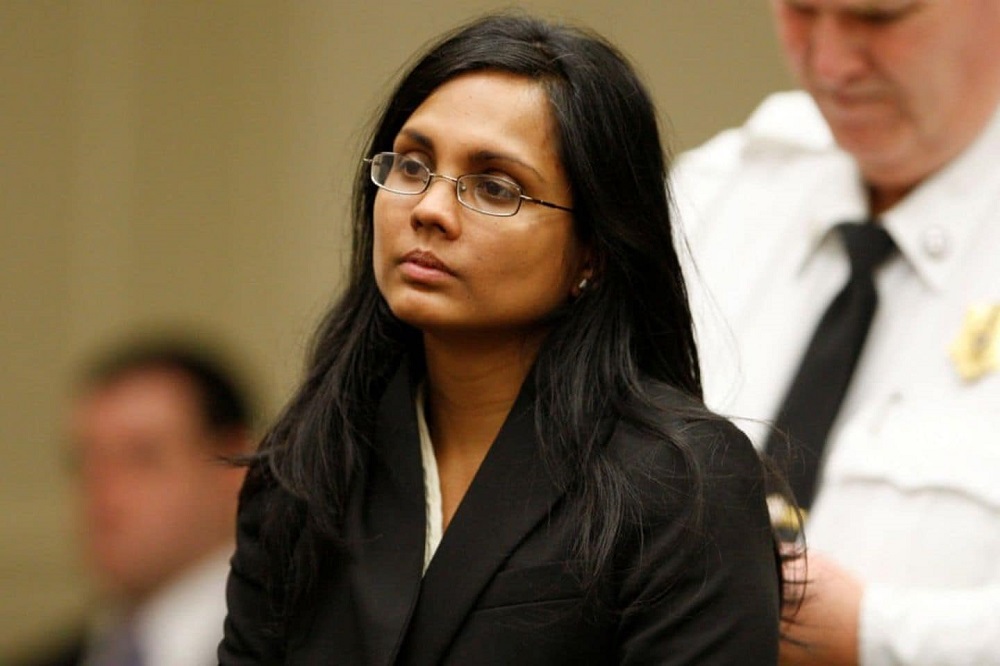 ‘How to Fix a Drug Scandal’ follows the crimes of Sonja Farak and Annie Dookhan. It is a cautionary tale of addiction and obsession and comments on the sloppiness of the justice system which both women were a part of. While Farak stole drugs from her workplace, Dookhan’s case came to light due to her extremely good performance. In both cases, the lack of supervision allowed them to continue with their activities for years at a stretch. While Farak did it because she was an addict, Dookhan’s motives remain obscure. Why did she do it, and where is she now? Here’s the answer.

Who is Annie Dookhan?

Born in Trinidad and Tobago, Dookhan came to the US when she was a child. She eventually became a citizen and an upstanding one at that. She was known to be dedicated and efficient towards her work, and this reputation sustained all the way until the truth about her practices came to light. She had worked as a chemist in Hinton State Laboratory in Jamaica Plain since 2003, and it was in 2011 that someone finally, successfully, called her out on the discrepancies in her work. It turned out that she dry-labbed the tests and even tampered with it to tilt the scales in favor of the prosecution. She even falsified her academic records to make it look like she was more than what people thought of her.

Where is Annie Dookhan Now?

In 2012, Dookhan was accused of 27 charges, including obstruction of justice, tampering with evidence, and falsifying her academic records. She pleaded guilty and received a sentence of 3-5 years in prison and 2 years on probation. She served her sentence at the Massachusetts Correctional Institution – Framingham and was granted parole in 2016.

After her release, she expressed her desire to focus on her family and did not have any immediate plans regarding her future. While Farak’s motivations were attributed to her addiction, people have wondered what prompted Dookhan to do what she did. It could have been the need to please others or to be the centre of everybody’s attention, or the drive to be the best at all costs. It continues to remain a mystery as Dookhan has maintained a distance from the press, refusing to comment on any developments in the cases that had to be reopened and reconsidered due to her malpractices.

Nicholas Gordon, the attorney who represented her, said, “She’s moving forward with her life and she has a very positive outlook on the future. I don’t think she’s made any major life decisions about what she’s going to do. She’s certainly keeping her options open.”

To get away with a crime for so long, a person doesn’t just have to be very good at it. People often rely on the negligence of the system that allows them opportunities to commit blunders such as Annie Dookhan’s. While it is great to have an employee that gets the job done faster than others, it is also the reason why they should be under more scrutiny.

When Dookhan was delivering double the samples of what every other employee was delivering, her superiors should have looked into her methods, if not with suspicion, then with curiosity. If it failed to come to their notice, they should’ve, at least, heeded the complaints of others, who watched Dookhan in action, or the lack of it. It was as much as the fault of her superiors as it was Dookhan’s, and they, too, had to pay the price of their inattention. They were quietly let go.

Dookhan’s actions also stained the reputation of the lab, which is why it was immediately shut down. Later, its operations were taken over by the police and they moved it to state police lab in Sudbury. The Hinton Lab Response Reserve Fund, which was established in the wake of the case, was exhausted to better the infrastructure of the place. Additional chemists were trained and hired, new equipment was brought in, and the supervision of the chemists was increased.

However, it was not all because of Dookhan. The proposal to transfer the control of the Dr William A Hinton State Laboratory located in Jamaica Plain to the Division of Capital Asset Management and Maintenance is a routine building transfer that allows DCAMM to manage and perform maintenance on the property. Reportedly, the transfer found its justification from the state legislature in 1996 that “gave the school control of operations at the Hinton Institute, including MassBiologics”. (Featured Image Credit: Washington Post)

Read More: What Happened to Annie Dookhan’s Husband and Son?