Where Is Antron McCray Now? 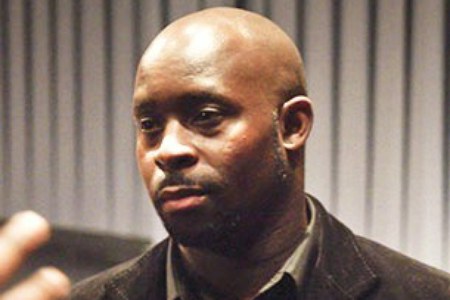 ABC’s ’20/20: One Night in Central Park’ recounts the brutal attack and rape of Trisha Meili, that transpired on the night of April 19, 1989, and tells the story of the five young boys – Raymond Santana, Kevin Richardson, Antron McCray, Yusef Salaam, and Korey Wise – who were falsely accused of the crime. Over the last 30 years, their case has been so publicized that it is now more commonly known as either the Central Park Jogger case or the Central Park Five case. Even a Netflix series, entitled ‘When They See Us’ chronicled their story.

Antron McCray’s narrative, though, is probably one of the saddest out of all five because his confession was the only one that was not entirely coerced by the police. He was innocent, he maintained his innocence, but alas, just like the rest of them, he was charged and convicted.

Who Is Antron McCray?

Like most teenagers who were in the park that night, Antron McCray was also 15-year-old. A lot of reports of robberies, attacks, and assaults were filed with the police that night, so they went there to check and round up the teens. But, when Trisha Meili was found, the police stepped up, and fast. The way she was beaten and raped was heinous, and so, they were determined to catch her perpetrators. Unfortunately, the way they decided to go about it wasn’t justified or ethical. They apparently didn’t just interrogate the teenagers about it, but they started pushing them into giving statements that were entirely false.

Antron McCray, though, refused to break. Just like all the others, he was severely questioned, but he only told the truth and maintained that he had nothing to do with what happened to Trisha. That is, until his father intervened. Bobby McCray came to the police station for his son and was allowed to witness a little bit of the interrogation. However, when he talked to the officers and had had enough, he told his son to confess to whatever they wanted, because he believed that Antron would be allowed to go free for cooperating. That was not what happened, at all. 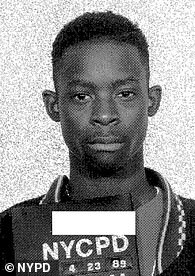 Antron was charged with rape and assault as soon as his confession was recorded and signed. In 1990, when he was on trial, his father testified in court that he had pushed his son to confess. ”They told him to tell them what they wanted to know, to cooperate, and maybe become a witness, then he could go home. ‘If he didn’t, he was going to jail,'” he said. But, even with this, Antron was found guilty of his charges. He was sentenced to 5-10 years in prison and wound up serving six years behind bars at a youth correctional facility.

He, and the other four, were exonerated in 2002, after a confession from the serial rapist and murderer Matias Reyes, got coupled with the DNA evidence found at the scene of the crime. Following this was a long-lasting civil lawsuit against the city, and the settlement of $41 million – one of each year that was served by the five convicted.

Where Is Antron McCray Today?

The exoneree currently resides in Atlanta, Georgia, with his wife and six kids, and leads a very quiet life. Ever since the lawsuit was settled back in 2014, Antron has stayed away from the public eye. The only times that he was seen or even heard from was during the promotion of ‘When They See Us.‘ Last year, while talking to CBS News, he revealed that he still feels betrayed by his father and that their relationship has never the same after that night.

“I just kept telling the truth at first,” he said. “They [the officers] asked to speak to my father. My father left the room with them. Came back in the room, he just changed. Cursing, yelling at me. And he said, ‘Tell these people what they wanna hear so you go home.’ I’m like, ‘Dad, but I didn’t do anything.’ The police is yelling at me. My father yelling at me. And I just like, ‘All right. I did it.’ And I looked up to my father. He is my hero. But he gave up on me. You know, I was telling the truth and he just told me to lie…Why should I [make peace with him]? He’s a coward.”

In another interview with The New York Times, Antron mentioned that he has trouble dealing with what he experienced and that his relationship with his father “eats me up every day.” “I struggle with [my feelings toward my father]. Sometimes I love him. Most of the time, I hate him,” he said. “I lost a lot, you know, for something I didn’t do. He just flipped on me, and I just can’t get past that. It’s real hard.”

As for what he does and how he feels about everything else, he even answered that. “I’m damaged, you know? I know I need help,” he told the publication last year. “But I feel like I’m too old to get help now. I’m 45 years old, so I’m just focused on my kids. I’m not saying it’s the right thing to do. I just stay busy. I stay in the gym. I ride my motorcycle. But it eats me up every day. Eats me alive. My wife is trying to get me help but I keep refusing. That’s just where I’m at right now. I don’t know what to do.”

Antron also once mentioned that he now goes by a different name altogether. We just hope that he has opened up to somebody to let go of all the anger and make sense of all the complicated emotions inside him. The healing process for him is not going to be easy, or quick, but it’s almost a necessity at this point if he wants some peace, which we are desperately wishing for him. (Featured Image Credit: Innocence Project)