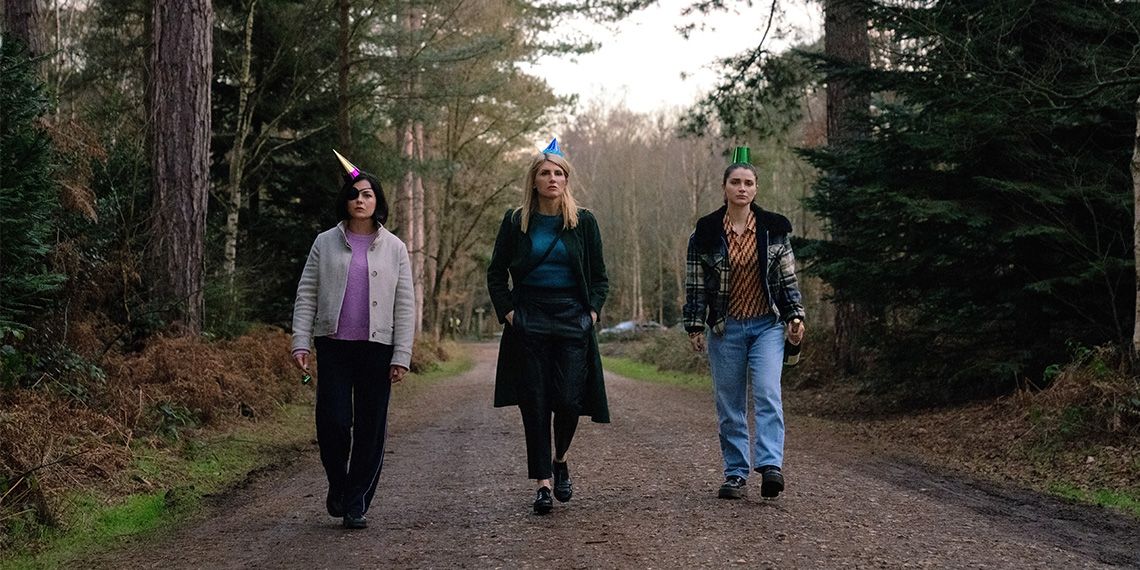 Based on the Flemish series ‘Clan’ by Malin-Sarah Gozin, Apple TV+’s ‘Bad Sisters’ is a dark comedy thriller series created by Sharon Horgan that follows the five Garvey sisters — Grace, Ursula, Eva, Bibi, and Becka. When their parents die prematurely and unexpectedly, the siblings find themselves in a complicated situation that tests their bond. After the family tragedy, the Garvey sisters must overcome their differences and try to fulfill their promises to always look after one another. Meanwhile, the authorities attempt to solve the mystery behind their parents’ death.

With dark humor always lurking on the tip of the characters’ tongues, it lightens up the thrilling aspects of the series quite significantly. Nevertheless, the suspenseful narrative keeps the viewers on the edge of their seats through each episode. In addition, the picturesque and interesting locations in the backdrop make one curious about the actual filming sites of ‘Bad Sisters.’ If you are one such curious soul, allow us to rid you of your curiosities by filling you in on all the details!

‘Bad Sisters’ is filmed in the Republic of Ireland, Northern Ireland, and England, specifically in County Dublin, Belfast, and London. The principal photography for the inaugural iteration of the dark comedy series seemingly commenced in summer 2021 and wrapped up in September of the same year. Since the story is based in Dublin and London, it makes sense why the production team chooses to record most of the series on location. Not only does it add an element of authenticity, but it also gives viewers an immersive viewing experience. Now, let’s learn about all the specific locations that appear in the Apple TV+ series!

Major portions of ‘Bad Sisters’ are lensed in County Dublin, a county in the Leinster province. During the shooting schedule of the debut season in August 2021, the cast and crew were spotted taping several pivotal sequences in and around Forty Foot, a promontory on the southern tip of Dublin Bay at Sandycove. They even shot some water scenes in the Irish Sea surrounding the region.

Furthermore, the suburban village of Howth and the coastal settlement of Malahide in Fingal serve as prominent production locations for the thriller series. Apart from ‘Bad Sisters,’ you may spot some parts of County Dublin in other movies and TV shows, such as ‘Braveheart,’ ‘Mary Shelley,’ ‘Normal People,’ and ‘Penny Dreadful.’

As per reports, the team of ‘Bad Sisters’ also utilizes the locales of Belfast, the capital and largest city of Northern Ireland, for taping the series. Located on the banks of the River Lagan on the east coast, Belfast is one of the most visited cities in the United Kingdom. The city is home to several beautiful parks and gardens, including Botanic Gardens and Sir Thomas and Lady Dixon Park, to name a couple.

A few additional portions of the dark comedy series are recorded in London, the capital and largest city of England and the United Kingdom. Situated in southeast England, the Big Smoke is considered one of the major global cities as it is highly influential in several industries. This includes art, fashion, education, entertainment, healthcare, tourism, commerce and finance, science and technology, media, transport, and communications. Over the years, London has been a prominent production location for different filming projects, including ‘Jurassic World Dominion,’ ‘The Batman,’ ‘Ted Lasso,’ and ‘Industry.’

Read More: Is Bad Sisters Based on a True Story or a Book?