Where Was Jurassic World: Dominion Filmed? 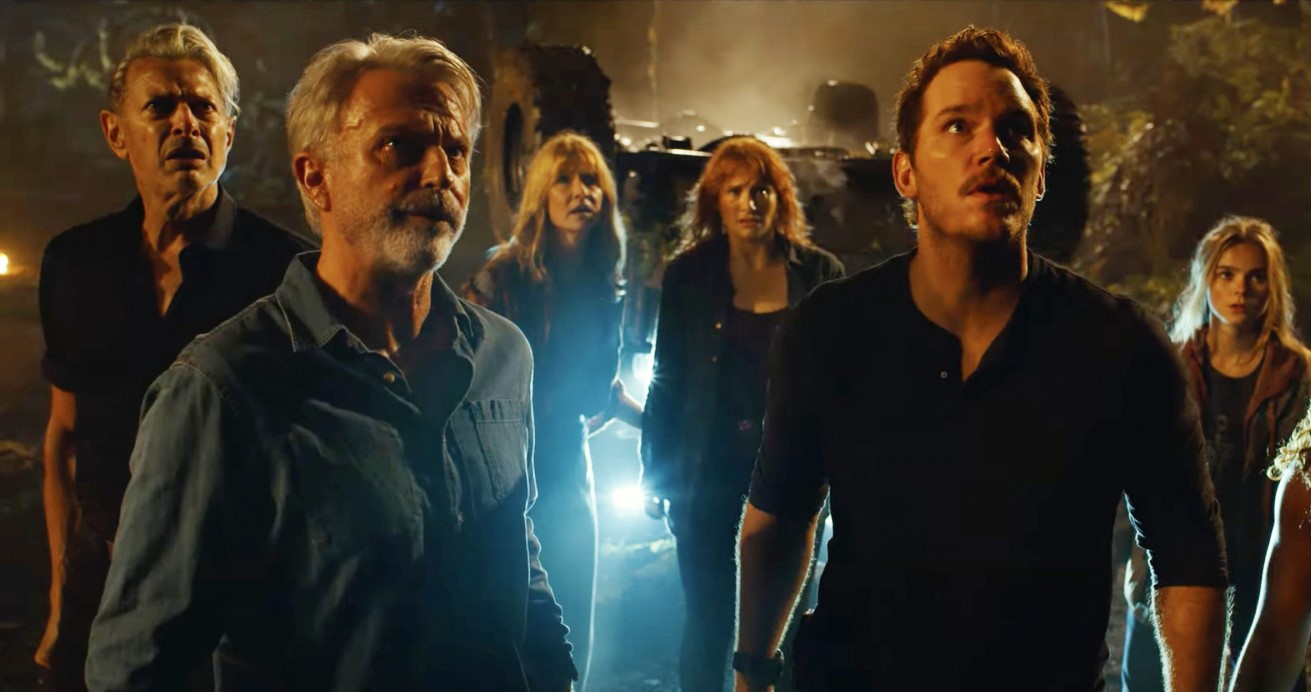 The sequel to ‘Jurassic World: Fallen Kingdom‘ and the sixth installment in the popular ‘Jurassic Park‘ franchise, ‘Jurassic World: Dominion’ is a science fiction action movie directed by Colin Trevorrow. Based on the characters from the ‘Jurassic Park’ novel by Michael Crichton, the narrative is set four years after Isla Nublar’s destruction, where humans and dinosaurs live together all around the world. This dangerous coexistence is what would determine the future of humankind — whether or not they will remain the apex predator in a world where history’s most fearsome creatures surround them.

While the gigantic and deadly dinosaurs keep the viewers on the edge of their seats throughout the movie, the constantly changing backdrop keeps them intrigued and curious about the real-life locations. In case you are one such curious soul, you might be interested in the information we have gathered about the same. Here are all the details about the filming locations of ‘Jurassic World: Dominion!’

‘Jurassic World: Dominion’ was filmed in Canada, England, Malta, and the United States, specifically in British Columbia, Hampshire, Buckinghamshire, Valletta, Mellieha, Birgu, Pembroke, Hawaii, and Georgia. The principal photography for the action film commenced in late February 2020. However, during the course of the production, the cast and crew had to halt the filming due to the COVID-19 pandemic from March to June 2020.

The team had to deal with a partial shutdown again for a couple of weeks in October 2020 when several cast and crew members tested positive for the virus. Following the delays, the shooting finally wrapped up in November 2020, after approximately 100 days of filming. Now, let’s tiptoe around the specific locations where the dinosaurs are in action!

Several pivotal sequences for ‘Jurassic World: Dominion’ were shot in Merritt, a city located in the Nicola Valley in the south-central Interior of the province. In particular, the production team reportedly set up camp in Little Box Canyon, located just east of Spius Creek and Voght Street, to record a few scenes. Moreover, in late February 2020, the cast and crew members were spotted filming several scenes in the heart of the city around the historic Coldwater Hotel at 1901 Voght Street and the Ponderosa Sports at 1914 Voght Street.

Other than Merritt, the production team made a stop at a few other locations in the westernmost Canadian province of British Columbia. In the film, some aerial sequences were lensed with the help of drones at Cathedral Grove in MacMillan Provincial Park on Vancouver Island. The scene where Owen and Kayla search for Claire in the woods was supposedly shot here too.

Moreover, the cast and crew members of the dinosaur-centered movie also utilized the facilities of the Bridge Studios. Located at 2400 Boundary Road in Burnaby, the studio houses a large number of stages of varying sizes, equipped with director bells and strobe lights for uninterrupted filming. Besides that, the village of Ashcroft in the Thompson Country in BC Interior also serves as a filming site for the movie.

A few important scenes were also lensed in a couple of locations across the county of Hampshire in South East England. Specifically, Hawley Common and Minley Woods in the Hart district are where the production team set up camp for shooting purposes. Located in the northeastern part of the county, the former is a heath near Hawley Lake, while the latter is a place with forest land and several open spaces.

For filming purposes, the cast and crew went back to Pinewood Studios, where the previous installment of the movie series was filmed. Situated on Pinewood Road in the village of Iver Heath in Buckinghamshire, the movie was shot using a total of 9 stages and the North Lot. Moreover, more than 100 sets were created for the production of this film in the studio, depicting several scenes ranging from action sequences to a plane crash in a snowy backdrop. 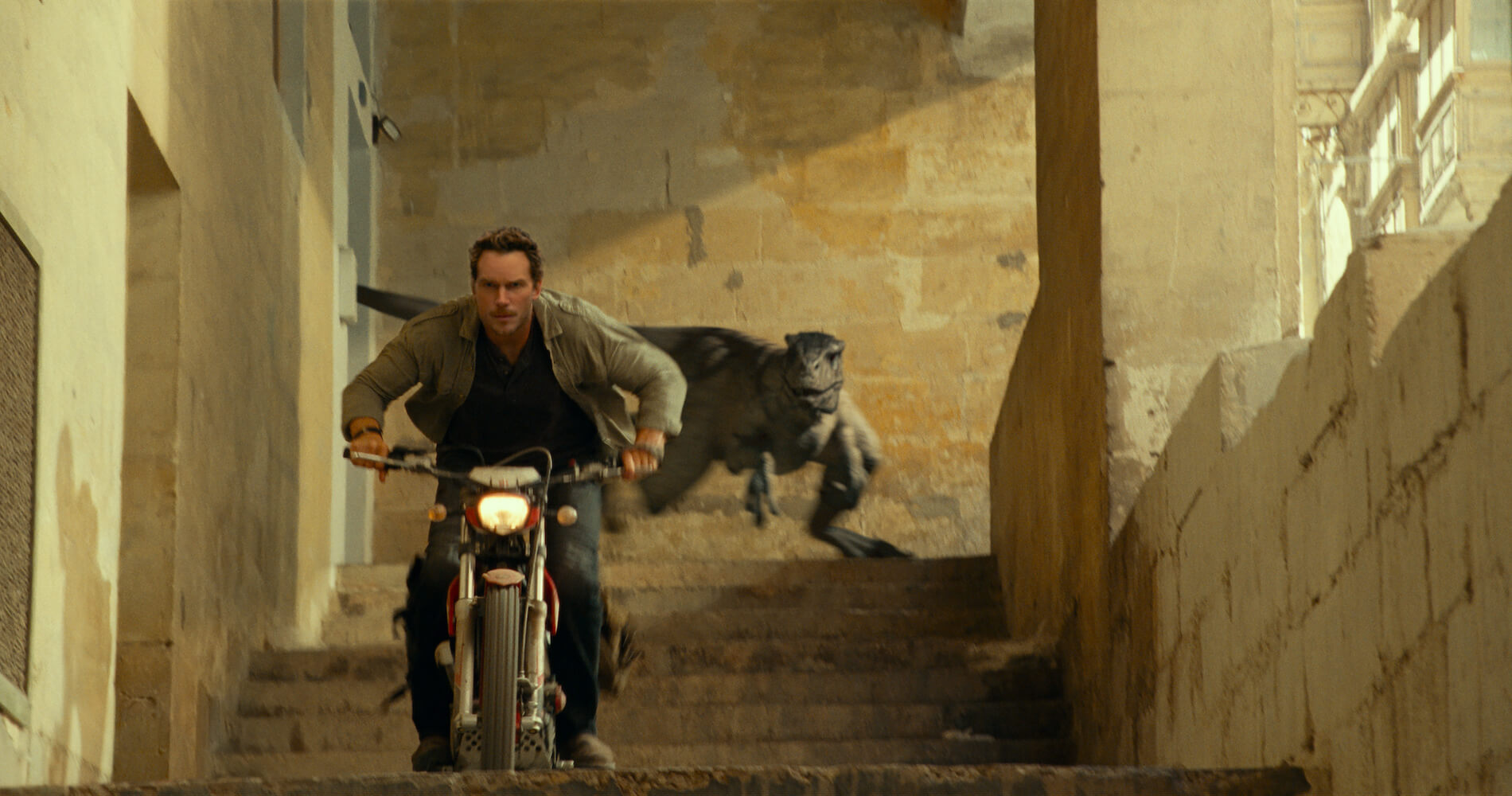 A large portion of ‘Jurassic World: Dominion’ was shot in and around Valletta, the tiny capital of Malta. In the scenes where Owen is trying to escape from the predatory clutches of the dinosaurs on a motorbike, you can spot several landmarks in the backdrops; this includes St. Ursula Street, St. George’s Square, and St Anne Street. While the former two locations are in the capital, the latter is located in the fortified town of Floriana, just outside Valletta.

Other Locations in Malta

The running and jumping sequence involving Claire was filmed in St. Lawrence Church, which is situated at VGPC+WHC in Triq San Lawrenz in Birgu. Other than that, a few scenes were also taped in the village of Mellieha and the town of Pembroke, both located in the Northern Region of Malta.

Following the footsteps of its prequel, ‘Jurassic World: Dominion’ was also filmed in Hawaii, particularly on the island of Oʻahu. Popularly known as The Gathering Place, the island is roughly in the shape of a diamond and surrounded by the ocean and mountains. These features make Oʻahu a suitable filming site for several productions, including this science fiction action movie.

Reportedly, the production team of the action film also made a stop in Atlanta, the capital and most populous city of Georgia. It is likely that they filmed a few exterior and interior shots for the film against suitable backdrops across the city. Thanks to the vast and versatile landscape that Atlanta provides, it has featured in several movies and TV shows over the years. Some of the movies that chose the Hollywood of the South as a filming site are ‘Senior Year,’ ‘Avengers: Endgame,’ and ‘Moon Knight.’