All the Places Where Jurassic World Was Filmed 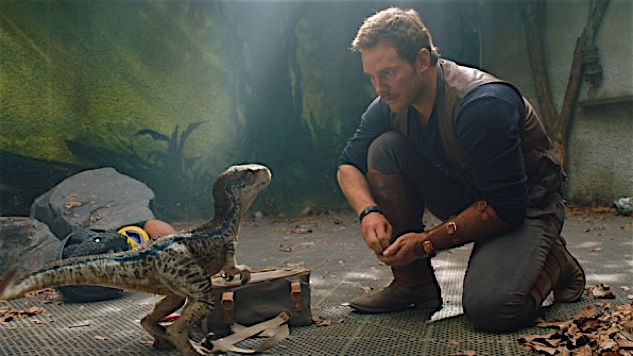 When Steven Spielberg released the first ‘Jurassic Park’ film way back in 1993, even he must have dared not predict the impact the film would have on the average moviegoer’s psyche. ‘Jurassic Park’ was not just a film; it was an experience. Right from the epic opening musical score by legendary Hollywood composer John Williams, to the ridiculously lifelike animatronics based special effects, the film remains a marvel of cinema to this day. This is part of the reason why the gap of nearly fourteen years between the third and the fourth movie in the franchise is a bit of a surprise. What is not a surprise, however, is the enormous hype and success garnered by the 2015 release of ‘Jurassic World’.

The story line borrows heavily from its predecessors, with the source of carnage and mayhem this time around being a vicious new hybrid dinosaur named Indominus Rex which escapes its enclosure in the Jurassic World luxury resort. Now, it is up to ex military badass and dinosaur training expert Owen Grady (played by Chris Pratt) to save as many people as he can with the assistance of Claire Dearing (played by Bryce Dallas Howard), the Jurassic World operations manager with whom he shares a romantic past.

If you were wondering where was ‘Jurassic World’ filmed, read on to find out everything we know.

Some of the exterior scenes, as well as most of the interior scenes in ‘Jurassic World’, were shot on set in a studio in New Orleans, as well as in a number of other locations across Louisiana. Principal photography for the film began in April of 2014, concluding roughly four months later in August.

Principal filming for ‘Jurassic World’ took place across two major islands in Hawaii including “the Garden Isle” of Kauai. This is in keeping with franchise traditions, as the first ‘Jurassic Park’ was also filmed on this island. Most of the outdoor filming took place at the Jurassic Kahili Ranch in Kilauea, Kauai. The ranch is a massively diverse natural property covering 2,800 acres and a number of breathtaking waterfalls, lush forests, mountains, ponds, and more.

The famous Kualoa Ranch also makes a brief appearance in the movie as the Dinosaur Island, as do the enchanting Manawaiopuna Falls, Hanapepe Valley. Both are prominent locations where filming for the original ‘Jurassic Park’ was also done.

Other locations in Kauai where ‘Jurassic World’ was filmed include the Na Pali Coast State Park, Olokele Valley, and the Blue Hole.

Once again, ‘Jurassic World’ also revisits “The Gathering Place” island of Oahu, in Hawaii. The scene in the movie where the two boys jump off the top of a waterfall was filmed on location in Oahu, at the massive 150 foot tall Manoa Falls.

Limited filming also took place in Hawaii’s capital city of Honolulu in locations that include the Honolulu Zoo and the Hawaii Convention Center. Check out these pictures posted by a fan on Twitter:

The set Jurassic World is filming on today at Dillingham Airfield seems to be an airstrip that'll tie into the Cessna used at Blackbushe. pic.twitter.com/t54os4bJGU

While the bulk of the exterior filming took place in Hawaii, filming also continued on set in the culinary city of New Orleans. Production was based out of the Big Easy Studios in Gentilly Road, New Orleans, which is also the site for the filming of Tom Cruise’s ‘Jack Reacher: Never Go Back’.