Every Major Location Where ‘Jurassic Park’ Was Shot 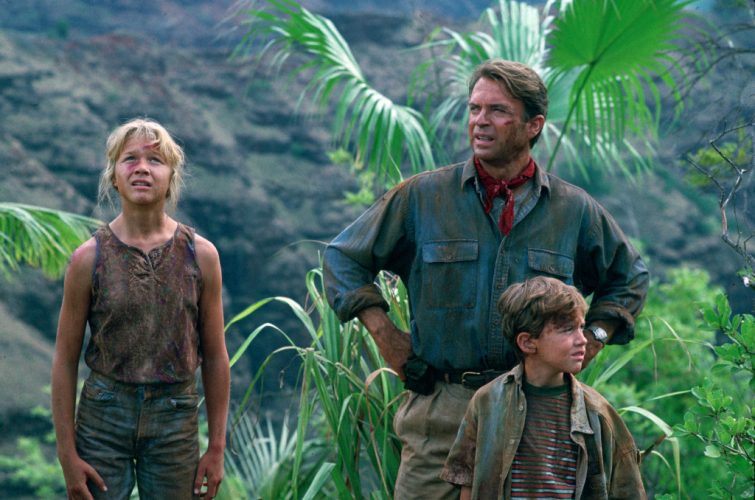 There are very few films that have managed to achieve the near ubiquitous level of recognition and cultural significance enjoyed by legendary filmmaker Steven Spielberg’s 1993 sci-fi adventure film ‘Jurassic Park’. Wowing audiences with its brilliant visual effects, innovative and expansive storyline, and heart pounding moments of thrilling action, ‘Jurassic Park’ romped its way to the top of the Box Office charts, earning over $914 million worldwide to become the highest grossing film at the time.

Not only was the movie incredibly well received, it also spawned an entire franchise including a subsequent sequel titled ‘The Lost World: Jurassic Park’ in 1997 and ‘Jurassic Park III’ in 2001. The series was also recently rebooted with 2015’s smash hit ‘Jurassic World: Fallen Kingdom’ starring Chris Pratt and Bryce Dallas Howard in the leading roles, which only serves to further highlight the incredible popularity of the franchise even to this day.

The story line of ‘Jurassic Park’ follows paleontologist Dr. Alan Grant (played by ‘Sleeping Dogs’ actor Sam Neill), who is invited to a theme park in Isla Nublar by billionaire Industrialist John Hammond. Hammond’s bioengineering company has somehow managed to extract the DNA of long lost dinosaurs from a perfectly preserved mosquito from millions of years ago and create clones of them for display at his theme park. However, things take a turn for the worse on the island when a storm and power failure allow many of the dinosaurs to escape their enclosures, forcing Dr. Grant to find a way to keep himself and the rest of the people trapped on the island alive somehow.

If you were wondering where ‘Jurassic Park’ was filmed, read on.

The movie ‘Jurassic Park’ is largely set in the fictional island of Isla Nublar. In the film, the island is set to be somewhere in Central America off the west coast of Costa Rica. Isla Nublar is leased to John Hammond, the man who brought the dinosaurs back from the dead. In the film, the island features lush sceneries, breathtaking panoramas, and a foreboding jungle atmosphere.

The actual filming for the movie took place at a number of locations both on sound stages as well as on location. The bulk of the filming took place in the islands of Hawaii, whose overgrown landscape and vibrant topography act as the perfect backdrop for a dinosaur renaissance. On set filming largely took place in a number of different studios in California, including Universal Studios and the Warner Brothers Burbank Studios.

Actress Ariana Richards, who plays Lex Murphy in the movie, posted these pictures of the filming of ‘Jurassic Park’ on Twitter:

One of the primary filming locations for ‘Jurassic Park’ is the island of Oahu in scenic Hawaii. Oahu is the third largest of all Hawaiian islands with a population of approximately one million people. The island is often also referred to as “The Gathering Place”.

The famous Kualoa Ranch in Oahu is one of the locations where the movie was filmed, including a scene where Dr. Grant and two kids are being chased by a horde of dinosaurs. Kualoa Ranch has traditionally been a very prominent filming locale for Hollywood, with movies such as ‘Kong: Skull Island’, ‘Jumanji: Welcome to the Jungle’ and even the recent ‘Jurassic World: Fallen Kingdom’ having filmed there.

Check out this picture of Kualoa Ranch that shows it still looks beautiful today.

The filming of the original ‘Jurassic Park’ wasn’t just limited to the island of Oahu; the “Garden Isle” of Kauai also serves as the backdrop for several of the scenes in the movie. One particularly prominent filming location here is Manawaiopuna Falls, which are the very same waterfalls depicted early on in the movie in the scene where a helicopter lands at the base. Other filming locations on Kauai include Lawai, Olokele Valley, and the Jurassic Kahili Ranch.

Check out this current day picture of Manawaiopuna Falls:

Some of the on set filming for ‘Jurassic Park’ was done over at the famed Stage 16 of the Warner Brothers Burbank Studios in Burbank, California, USA. The studio is a truly iconic filming location having played host to high profile movies including ‘Inception’, ‘The Goonies’, Batman Forever’ and many more.

The Warner Brothers Burbank studio is not the only set location where ‘Jurassic Park’ was filmed, with a considerable number of scenes also being filmed at Stage 12, Stage 24, Stage 27 and Stage 28 at Universal Studios in Universal City, California, USA.

The filming for a few other scenes was done in other locations such as Red Rock Canyon State Park in Cantil, California; Tehachapi Pass, California; the Griffith Observatory in Los Angeles, California; Rio Chavon, La Romana in the Dominican Republic, and Costa Rica’s Isla del Coco.