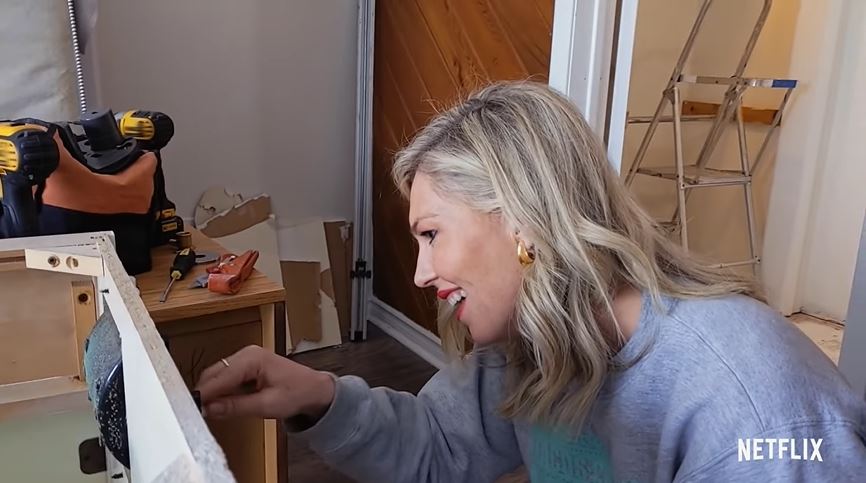 Netflix’s ‘Motel Makeover’ is a series that revolves around April Brown and Sarah Sklash, two best friends turned business partners and moteliers, as they put everything on the line to transform a run-down roadside inn from the 1970s into their signature and stylish June Motel. Together, to expand their hospitality empire, they face and survive a mountain of hurdles to get their second establishment up and running. And in doing so, they re-image the industry in general and inspire thousands. So now, let’s find out where April Brown, in particular, is today, shall we?

Who is April Brown?

April Brown classifies herself as an individual whose mission in life is to be her own boss, spread the spirit of empowerment, and travel the world in a way that leaves her fulfilled. Hence, when that got combined with her love for wine and design, she left her corporate job in public relations for good. Initially, after seven years in an agency in Toronto, with American Express and Nike as her clients, April wanted to launch a weekend “wine camp” for adults at a motel with her best friend from college, Sarah Sklash. Yet, they soon realized there was potential for more.

With a Bachelor’s Degree in Business Managerial and Operational Studies, Finance and Administration, from Western University and a diploma in Public Relations, April knew that she could use her experience to help them thrive. Besides, as her favorite type of travel is “slow,” where someone can stay at one place and relish the environment, she also recognized what demographic they could target — couples, families, and girl groups. Thus, April and Sarah joined hands, used every cent they had, refurbished The Sportsman in Prince Edward County themselves, and launched The June Motel in June 2016.

Where is April Brown Now?

After the success of the original, high-spirited, eclectic, and trend-setting motel, April Brown and Sarah Sklash expanded into Sauble Beach in 2020, which is documented in the aforementioned Netflix show. However, April’s business and individual goals remain the same. In an interview recently, she revealed that she and Sarah love to partner up with like-minded, female-owned, and female-operated businesses whenever possible, whether in their community or beyond. The prime reason for this, she explained, apart from her own ideals, is because they were the ones who helped the best friends make The June Motel what it is today.

As for where she is and what she’s up to, April primarily resides in Prince Edward County, where she’s currently renovating her century home. When in doubt, she sticks to the mantra “paint it pink.” Moreover, April’s personal life appears to be going just as well as her professional one. She’s still in a happy and healthy relationship with Ingo Rauth, the founder of School of Becoming, a career transition coach, and a professor at IE Business School. Though, April’s eyes are also set on the future — to find the next destination people would love to travel to and open up more motels with a team of amazing women.