Where is Aswad Ayinde Now?

Investigation Discovery’s ‘Evil Lives Here: One of His Women’ explores the truly horrifying saga of Aswad Ayinde, who managed to commit egregious offenses against almost every woman in his life in God’s name. Whether it be mental, physical, or sexual, he assaulted them in every way imaginable for decades, that is, until a couple of them ultimately gathered the courage to escape and disclose the truth about him to the entire world in the mid-2000s. So now, if you wish to learn more about him, his violations, and his current whereabouts, we’ve got all the details for you.

Who is Aswad Ayinde?

Born on July 16, 1958, Aswad Ayinde, a.k.a Charles McGill, initially rose to fame for directing the music video for the Fugees’ hit song “Killing Me Softly” in 1996. From there, he made a name for himself in the music industry and even won national awards for his perceptible skills and hard work. However, no one knew at the time that the Paterson, New Jersey (NJ), native was also a sexual predator whose victims were his own wife and daughters. The only thing publicly available about the then-notable director was that he’d grown up in Florida and Alabama before settling down in NJ.

As per reports, Aswad’s assaults began in the mid-1980s and lasted until early 2002 — when he split from his wife for good — across different regions like Paterson, East Orange, Orange, and Eatontown. During this period, he not only taught five of his daughters “how to be a woman” through violent rapes, but he also executed beatings on all females from time to time with the help of steel-toed boots, boards, stools, and much more. If something or someone inconvenienced him, he even withheld meals as a form of punishment. It’s also imperative to mention that he started molesting his daughters when they were as young as 8.

Since they were just children when the assaults began, Aswad reportedly manipulated them into believing that what he was doing was special and a privilege. Yet, if they ever refused and fought back, or even if he just felt like it during sex, he turned violent, aggressive, and threatening. As if that wasn’t enough, he wanted to establish “pure” family lines, which is why he impregnated some of his daughters, and he always asserted that he was acting under orders from God. Moreover, Aswad told his family that they were to only pray to him, and he would forward their messages to God; as if he were a prophet with a clear mission.

Where is Aswad Ayinde Now?

Back in 2005, when Aswad Ayinde was traveling for business, his second daughter, Aziza Kibibi, and ex-wife, Beverly Ayinde, took advantage of his absence and reported his assaults, manipulation, and incestual misdeeds to the police. Therefore, after a quick yet thorough investigation, he was arrested and indicted on 27 charges, including aggravated sexual assault, sexual assault, lewdness, child endangerment, aggravated criminal sexual contact, and criminal sexual contact. His controlling behavior (banning modern medicine and social isolation), along with his efforts to continue illicit affairs, also seem to have played a role here. 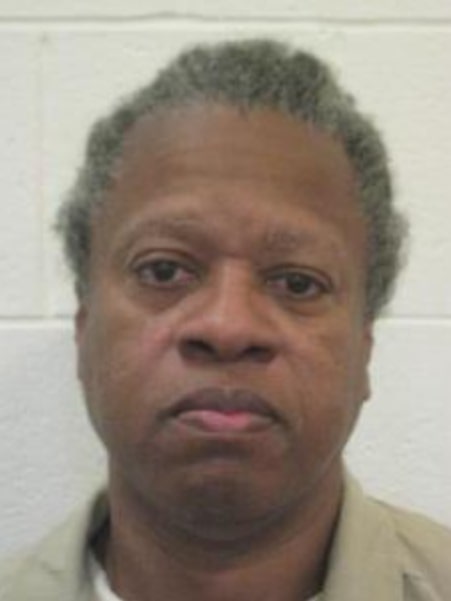 Ultimately, with the help of testimonies from his former partners and daughters, who conceded that they’d even relocated to avoid investigations by Family Services in the past, Aswad was found guilty of 8 counts in 2011 and 6 more in 2013, leading him to receive a sentence of 40 and 50 years, respectively. We should also mention that the self-proclaimed polygamist and prophet was sentenced to a year’s probation in 2000 on a kidnapping charge for supposedly trying to take three of his children from state custody at a Monmouth County medical center.

Therefore, in his 60s, Aswad is currently incarcerated at the maximum-security New Jersey State Prison in Trenton, where he is expected to remain until, at least, his parole eligibility date in November 2034. According to state records, his maximum release date is January 1, 2037.

Read More: Where Are Aswad Ayinde’s Wife and Daughters Now?