Where Is BattleBots Filmed? 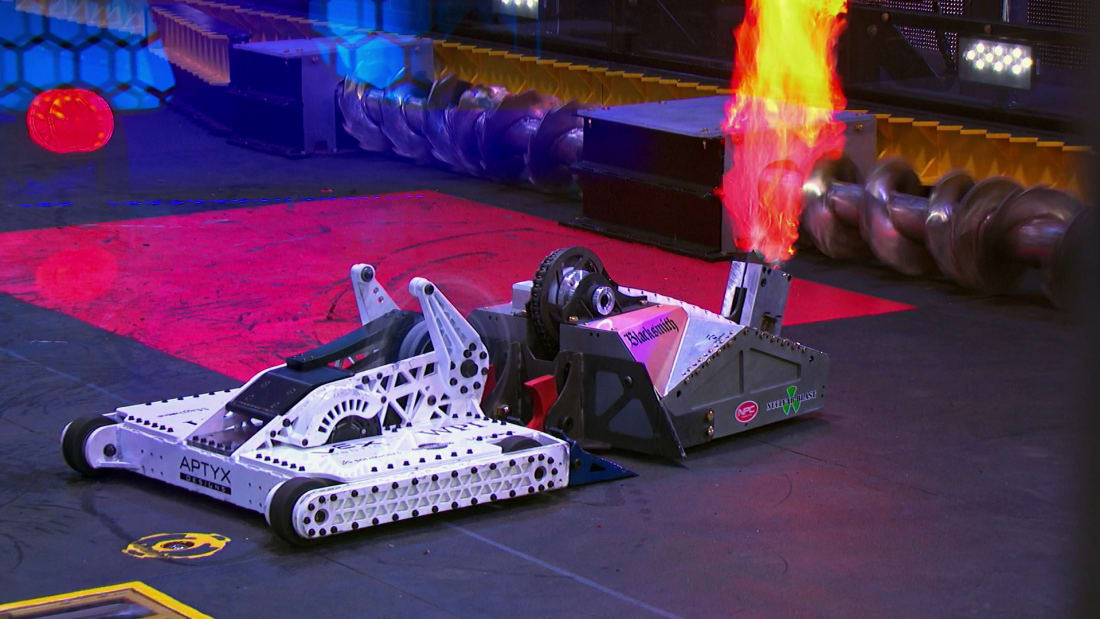 If you thought cage matches are too violent and not up your alley, think again. ‘BattleBots‘ is a television show which makes cage matches guiltlessly fun while adding a component of robotics and scientific creativity to it. The show has aired on various networks as it has seen multiple revivals over the years.

‘BattleBots’ is an offshoot of ‘Robot Wars.’ The central premise of the series is quite simple: competitors are tasked with designing robots for a fight. After that, a couple of robots are pitted against one another in an arena combat setting. Each match lasts three minutes. The winner is decided when one of the robots gets damaged or destroyed. Each episode, the robot builders’ backstories are depicted. Followed by that, their journey to get to ‘BattleBots’ is depicted. Then, the robot building process is highlighted. These robots are armed with menacing weapons that are sophisticatedly and calculatingly designed for maximum impact. It is truly a robotics nerd’s paradise.

A robot is determined to be too damaged to compete when it becomes immobile for ten seconds. Otherwise, if it gets stuck in any element of the arena, the robot is declared knocked out too. What happens if both the robots survive three minutes, however? Well, in that case, three judges make a decision about the winner. They score each robot’s performance over three categories: Aggression, Strategy, and Damage.

Firstly, have a look at what the arena looks like:

However, ‘BattleBots’ wasn’t always filmed in Lakewood. Earlier, its set was located in San Francisco, California. The BattleBox is a 48′ by 48′ square. It has high net-like walls rising from the borders which protect the audience, officials, and contestants from flying debris that is regularly thrown when the robots fight against each other. The arena has steel walls and a steel floor. To make fights more engaging, there are various elements that are a part of the arena too. For instance, there are pulverizers, spike strips, spinners, pistons, kill-saws, ramrods, hellraisers, and screws. These features help make the fights less monotonous from time to time.