Where is Blood & Treasure Filmed? 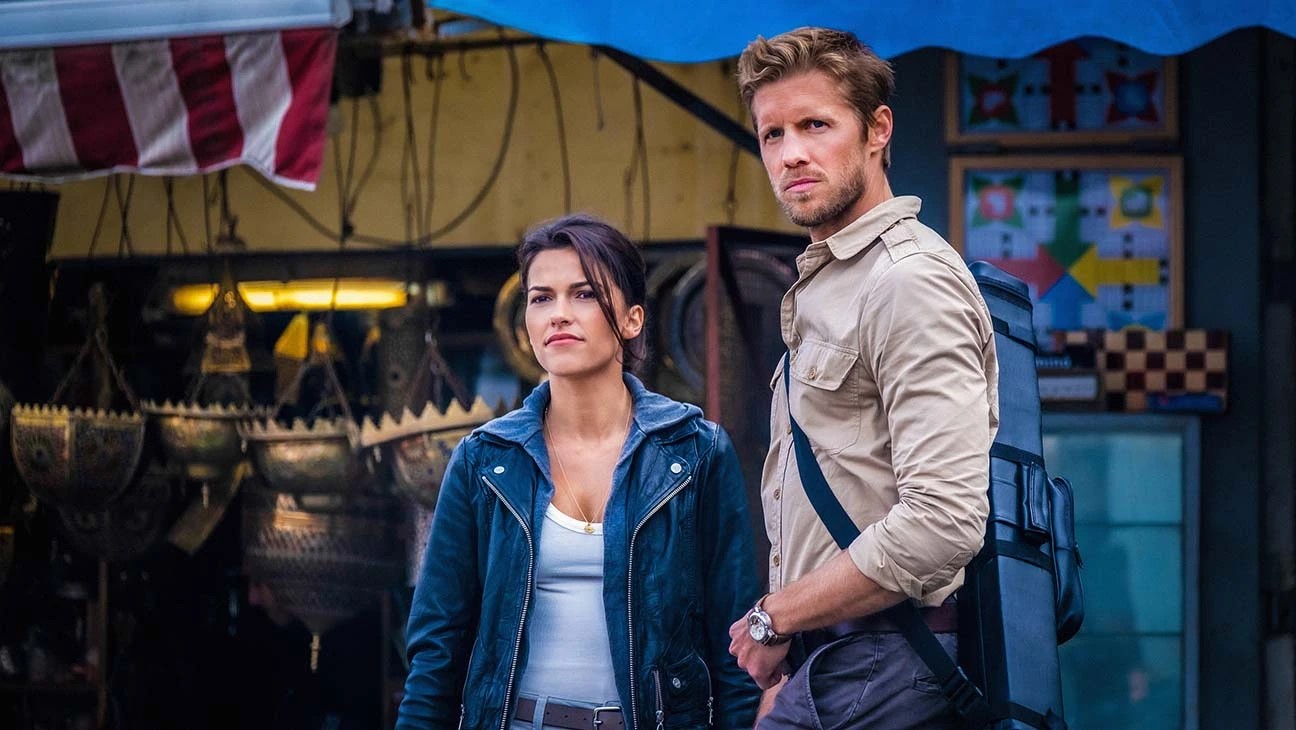 Created by Matthew Federman and Stephen Scaia, ‘Blood & Treasure’ is an action-adventure series that follows the unlikely duo of antiquities expert Danny McNamara and art thief Lexi Vaziri. The two have banded together to catch a terrorist who uses money from stolen art to finance his actions. However, their criminal chase leads them to become a part of a battle that has been going on for two millennia. Soon, the historic war regarding the cradle of civilizations becomes an integral part of the pair’s life.

Starring Matt Barr, Sofia Pernas, James Callis, and Katia Winter, the series takes the viewers on a thrilling adventure through the annals of history. The fantastical and historical elements keep the audience hooked, but the show’s visual side truly makes it what it is. The breathtaking and engaging backdrops create the appropriate atmosphere for the story and help retain the viewers’ wonder. If you are a fan of ‘Blood & Treasure’ and are curious to know where it is filmed, here’s what we know about the same.

The filming of ‘Blood & Treasure’ takes place in several locations across the globe, including Montreal, Italy, Morocco, Ireland, and Vatican City. Season 1 of the series was lensed in the summer of 2018, while the production of the sophomore season took place in late 2019. Let’s take a closer look at the shooting sites of the action series.

Montreal, or Montréal, is one of the most prominent and historically significant cities in the province of Quebec and is a primary filming spot for ‘Blood & Treasure.’ The cobblestone streets and 17th-century cathedrals help create realistic visuals for scenes depicting Old-World Europe. The historical city is additionally used to lens scenes set in Geneva and Paris. 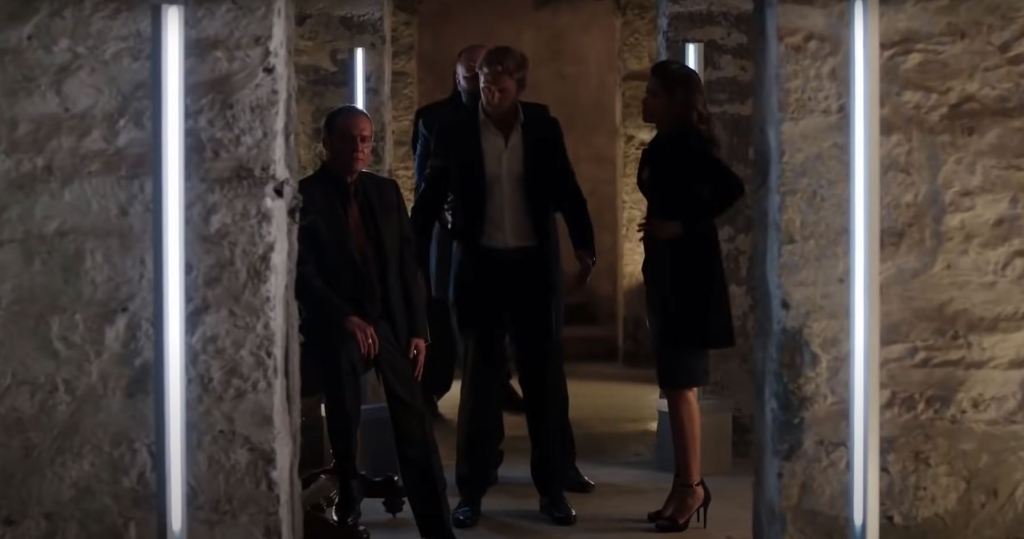 Furthermore, Montreal’s vast and interconnected underground tunnels are used to tape scenes set in different locations. In the show’s first season, the tunnels can be seen in scenes set in the catacombs of Paris, a shady underground market in Rome, and a secret Eastern European chemical weapons establishment.

Several places in the Gressoney-Saint-Jean, a charming village at the foothills of Alps mountains in Valle d’Aosta, can be seen in ‘Blood & Treasure.’ Castel Savoia, an 18th-century manor house in the village, is one of the most breathtaking production sites for the show. The property was converted into a Bavarian castle during the production of season 1 to capture a flashback scene set during the Second World War in a Nazi stronghold.

Moreover, the filming crew constructed a camp at a mountain base for the flashback scene. Several trucks were brought in to realistically portray equipment transportation while actors dotted the background. Most scenes in this location are shot in the open and depend on the local weather.

The city of Rome also hosts the production of ‘Blood & Treasure.’ The historical city provides several awe-inspiring backdrops for the adventure series, with popular landmarks like the Colosseum often featuring in scenes. The determined filmmakers always try to make the best of situations to capture breathtaking scenes in the Italian capital, no matter the weather. 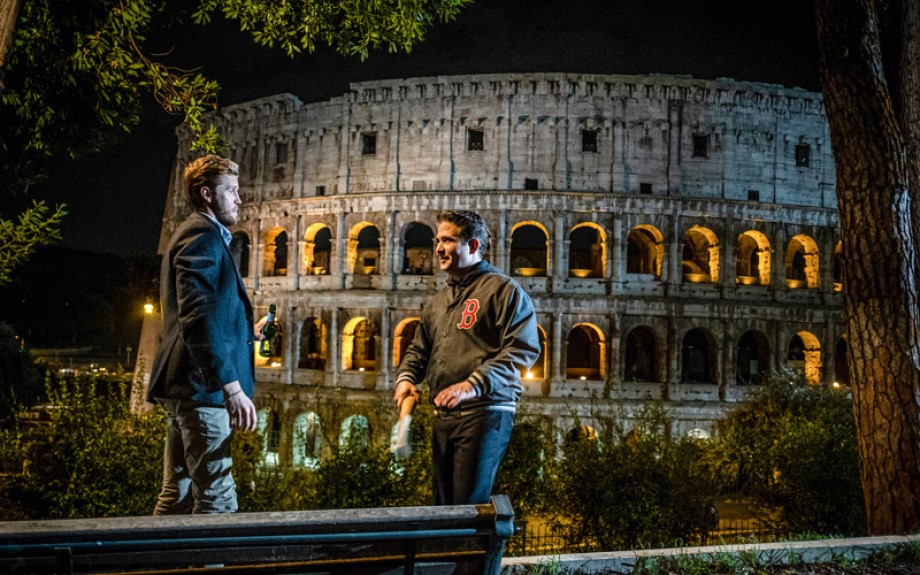 The mountains near Rome stand in for Mongolia in pivotal portions, while the River Tiber helps depict other rivers like the Mekong River. Additionally, the top of an old Fiat factory just outside the Roman boundary can be seen in season 2 as a rooftop in Hong Kong.

Other Filming Locations in Italy

Few scenes of ‘Blood & Treasure’ are shot in Turin and Venice, two Italian cities well-known for their history in the European country. They provide fitting backdrops for the show, given the plot’s emphasis on historically significant places across the globe. 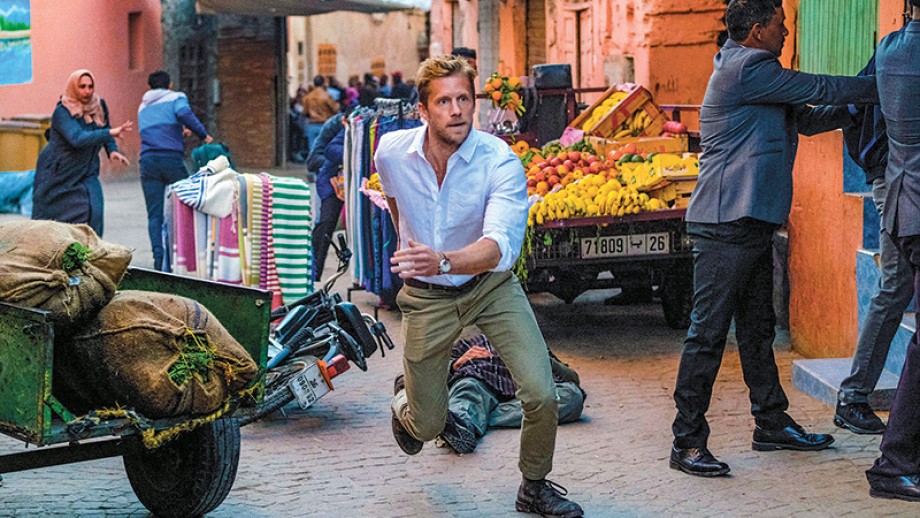 The cast and crew travel to Marrakesh or Marrakech, a former imperial city in western Morocco, whose locales are used to lens scenes set in countries like Egypt, Iran, and Saudi Arabia. While recording the first season, the team constructed a 40-foot replica of the Great Pyramid of Giza in the city’s boundaries within a day. Not just that, the filming unit often braves unpleasant weather and rough terrain to capture quality footage.

Located on the shores of the Strait of Gibraltar, the port city of Tangier is used to tape ‘Blood & Treasure.’ The city featured in season 1 as the Vatican City, with scenes set in the country’s park filmed in the coastal Moroccan city. Tangier also serves as the backdrop for multiple scenes that are supposedly taking place in Havana, Cuba.

Several scenes of ‘Blood & Treasure’ are lensed across Ireland. Along with the capital city of Dublin, the Irish counties of Meath and Kildare serve as production locations for the series. The Larchill Arcadian Gardens in Phepotstown, Meath, can also be seen in the Matt Barr-starrer. Known as the Emerald Isle for its green landscape, Ireland has hosted several productions, such as ‘Normal People,’ ‘Vikings,’ and ‘The Killing of a Sacred Deer.’

The Vatican City can often be spotted in ‘Blood & Treasure’ episodes. The independent city-state is an enclave within the city of Rome and holds a prominent position in global history. Given the show’s focus on the topic, Vatican City fits right in as one of the filming locations for the action-adventure series.