Where is Brandi Dreier From My 600 lb Life Now?

TLC’s long-running reality show ‘My 600-lb Life’ follows the journey of several morbidly obese people who generally weigh around 600 pounds. They join the show to renew their lives and live healthy, by trying to lose their excessive weight. Through the show, they receive the assistance of renowned bariatric surgeon Dr. Younan Nowzaradan, famously known as Dr. Now. He helps them with a customized diet and exercise plan to lose as much weight as possible, before getting approved for weight reduction surgery.

Numerous individuals have sought the doctor’s advice since its release in 2012, some of whom came off as quite powerful and resolute in their approach. Brandi Dreier, a patient in the show’s 5th season, was one of these people. She was committed to her weight reduction effort, much like her twin sister Kandi Dreier, and she made a name for herself as a dedicated patient. If you’re curious, just like her fans, to know where she is now, here’s what we found out!

Brandi Dreier was a 29-year-old native of Vancouver, Washington, while appearing in season 5 of the show in 2017, along with her sister, Kandi Dreier. Around the time of her appearance, Brandi weighed 587 pounds and was almost bedbound. She was tired of her own situation as she found it difficult to even clean herself because of the excess fat and skin around her stomach and legs. This was a result of years of food addiction where she craved food all the time and gave in to her own cravings. But, like most of the patients in the show, Brandi’s eating obsession began a long time back in her childhood.

The twins were subject to a traumatic childhood, with their father selling drugs, and their mother being a drug addict and later, an alcoholic. When she was a child, her father would serve her extra food just to keep her quiet and did not tend much to her needs. Thus, neglect from both her parents made a huge contribution for her to turn into food for comfort. Additionally, she also suffered molestation by a family friend, just like her sister, which again contributed to her trauma.

Such mentally draining situations played a huge part in Brandi’s food addiction, which she realized was taking a toll on her life. Brandi was tired of living such a confined life and wanted a better future, for both her sister and herself. They both were each other’s support and hope, which she did not want to lose because of her excessive weight. Thus, she made her journey to Dr. Now, along with her twin sister. Upon meeting the doctor, she was advised to lose some weight before she could be eligible for the weight loss surgery. 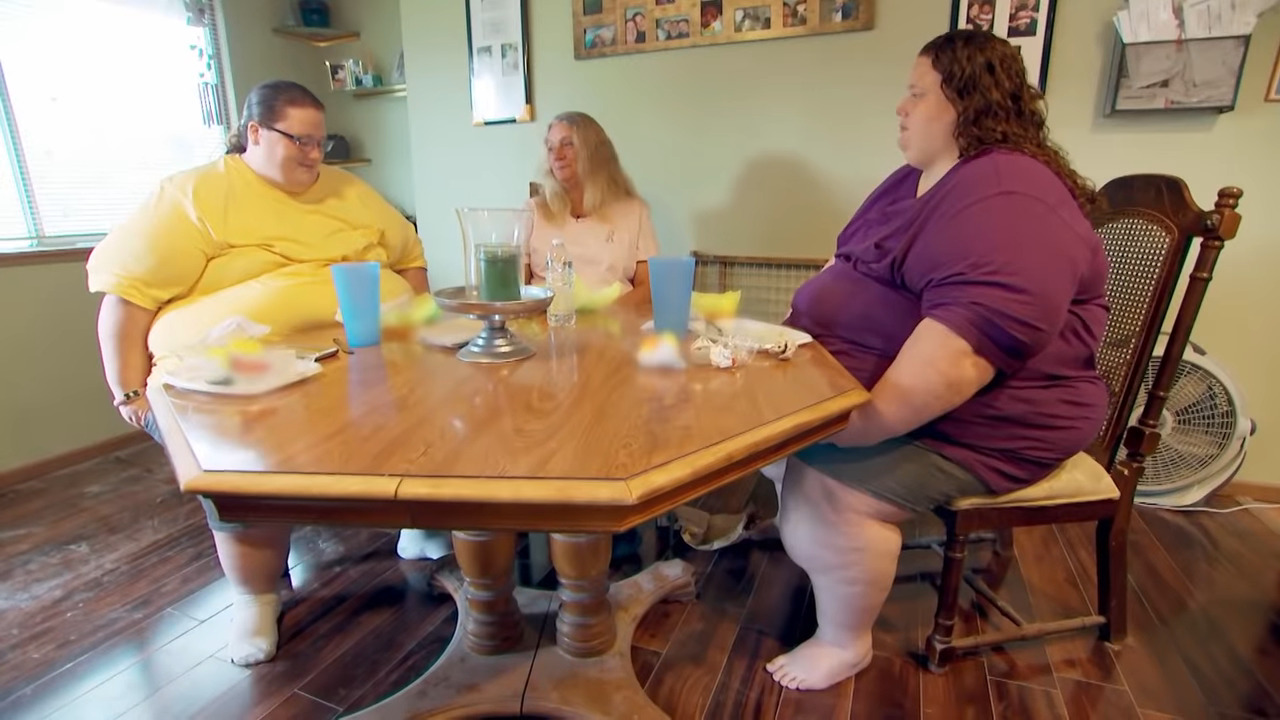 The doctor hooked her up with a personalized low-calorie diet and exercise regime. She followed the plan diligently and successfully lost 40 pounds in just a month of beginning the process. This was hence followed by her gastric bypass surgery, after which she lost around 228 pounds. This made her final weight, at the end of the episode, to be 360 pounds.

Where is Brandi Dreier Today?

Brandi was highly motivated and determined to lose even more weight after her time on the show. She thus continued with the recommended weight loss plan and maintained a healthy lifestyle. She completely transformed herself when she made another appearance in the 2018 follow-up episode of ‘Where Are They Now?’ and got ready for skin removal surgery. She also proudly said, “Food doesn’t rule our lives anymore. Sometimes I forget to eat because the hunger isn’t there.”

Talking about how nervous she was about undergoing the surgery, especially being documented on camera, Brandi said to People, “All the people were very nice but it was terrifying. We’ve been trying to go through this process for a long time, and it just happened at the right time. I was terrified of going on camera, but it was a once-in-a-lifetime opportunity so we took it.” Brandi also gave some insight to people who might consider going the route of gastric bypass for weight loss. She said, “They just need to stay focused, and if they really want it, it can happen.”

Brandi added, “But the surgery is not like you have it and it’s fixed. You have to work at it.” Although she does not share every tiny detail of her life, it is known that she has been happily married to Femi Mark Eijs for a few years. The blissful couple has two adorable daughters, the elder one, Izzy, was born on June 13, 2018, and little Mildred was born on October 7, 2020. Brandi always expresses how grateful she is for her family, especially her daughters. Calling them her perfect girls, she wrote on one occasion, “Words can’t even describe how truly lucky and blessed we are.”

Brandi added, “I can’t thank you God enough to have given me the honor of being these little babies mommy. They are my purpose in life, they are my everything. God is so amazing.” Thus, from the looks of it, Brandi Dreier reached new heights after her weight loss journey on the show. She got her life back and she was delighted to see herself and her sister as healthier beings. Thus, enjoying her life with her loved ones, traveling around with them, and building her life with her husband and daughters have occupied the busy life of Brandi Dreier.