Where Is Bruce Beresford-Redman Now? 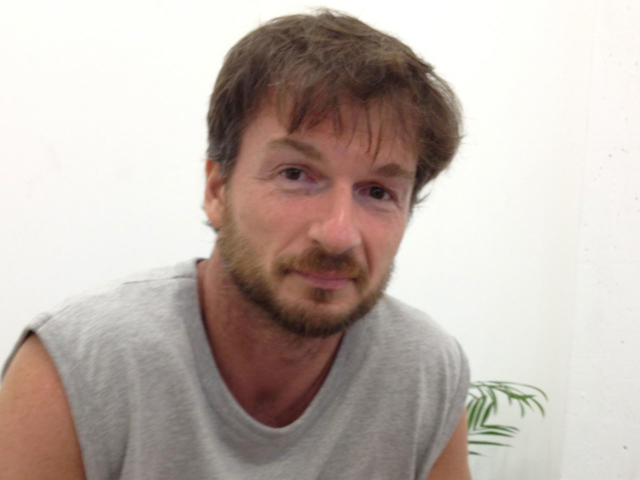 CBS’s ’48 Hours: Bruce Beresford-Redman: The Verdict’ chronicles the 2010 murder of Mónica Burgos and the subsequent investigations that followed. As her naked body was found hacked and mangled in a sewer on April 8, 2010, not far from the Moon Palace Spa Resort just outside of Cancun, on the Gulf of Mexico, where she, her husband, Bruce Beresford-Redman, and their two children had been staying to celebrate her 42nd birthday, the suspicion immediately fell on Bruce. After all, with marital problems, including affairs and physical fights between the two, there was a lot to uncover. And that’s precisely what the episode details. Now that a few years have gone by, let’s find out where Bruce Beresford-Redman is now, shall we?

Bruce Beresford-Redman, born April 20, 1971, is the son of David and Juanita Beresford-Redman. He grew up in Woodcliff Lake, New Jersey, and attended Pascack Hills High School before leaving the state and graduating from New College of Florida in Sarasota, Florida. Subsequently, he moved to Los Angeles, California, where he became a reality-TV producer for famous franchises like ‘Survivor’ and the highly entertaining car makeover series ‘Pimp My Ride.’ However, his extremely successful career has since been eclipsed by the investigations surrounding his involvement in his wife’s death.

Bruce married Mónica back in 1999, but it has been reported that their marriage was filled with a lot of problems, with both sides allegedly indulging in infidelity. Apparently, just shortly before their Cancun vacation, Mónica even asked for a divorce because she found out that Bruce had started getting involved with a casting director by the name of Joy Pierce. Witnesses from their holiday resort also came forward to state that they had seen Bruce almost physically attack Mónica and had heard a woman’s horrific screams coming from behind their closed bedroom door, where the police found traces of blood.

Even though Bruce’s passport had been detained and he was asked by investigators to not leave Mexico, he illegally crossed the borders, entering into the United States by using his driver’s license as identification and then taking a train to Los Angeles. However, soon after, in November of 2010, he was arrested by federal marshals in the city using a warrant from Mexico. Bruce was denied bail, and after a long process, he was extradited to Mexico on February 8, 2012. There, a judge found sufficient evidence against him in connection to Mónica’s death and ordered that he remain in custody pending trial.

Where Is Bruce Beresford-Redman Today?

Bruce Beresford-Redman has always maintained his innocence. During his trial, his defense team painted the picture of how Bruce was the victim of a corrupt legal process. They stated that Mónica’s death shows correspondence to violence that already exists in Cancun, which, if exposed, would only damage the tourism industry, and that the officers on her case pushed Bruce for a bribe while initially questioning him. They further said that in the years that have gone by, evidence in the case has been contaminated, while also pointing out that the blood in the resort’s room did not match Mónica’s and the footprints found near her body didn’t match Bruce’s.

In the end, though, on March 12, 2015, Bruce Beresford-Redman was convicted of murdering his wife and was sentenced to 12 years in prison with time already served credited. Therefore, when he was released on June 20, 2019, he had spent a little more than seven years out of his total 12 behind bars. Bruce’s early release came because of his good behavior, and he only had to pay $2,000 in restitution. Now, he is back in his home in Los Angeles, in Southern California, trying to get his life back on track. KTLA 5 tried to interview Bruce in September of last year when he came back to Gardena, but he didn’t have much to say. “Thanks, I really have no comment. I appreciate your interest,” Bruce told the news reporter. “Thank you. There’s no comment.”

Read More: Where Are Bruce and Mónica’s Children Now?