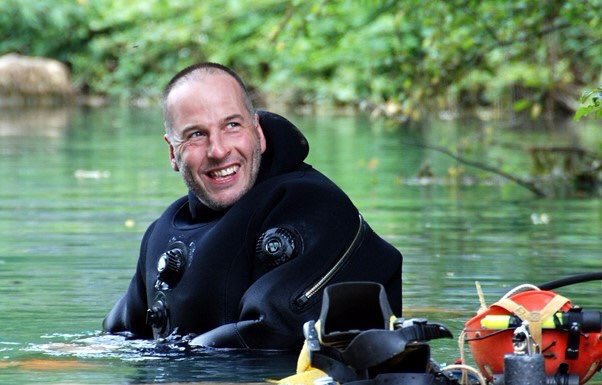 Amazon Prime’s ‘Thirteen Lives’ is the story of a daring rescue led by a team of divers who travel from different corners of the world to save people they’ve never met before. At stake are the lives of twelve boys and their football coach, who are trapped in a cave that is so heavily flooded that it becomes impossible to find them, let alone initiate a rescue. When nothing seems to work and it looks like the trapped ones will never be brought out in time, two divers are called into action. That’s when the whole situation starts to take a more positive turn.

The film goes into detail about the rescue mission, covering it from every angle to show the collective efforts that led to its success. At the center of the story, however, is Rick Stanton, played by Viggo Mortensen. If you’re wondering what happened to him after the events of the film, we’ve got you covered.

Where is Rick Stanton Today?

Rick Stanton lives in Coventry, England. He never married and has dedicated his life to cave-diving, in which he has become one of the most accomplished people in the world. Described as “not the most domesticated of men”, Stanton considers cave-diving to be a “thinking activity” which requires a lot of planning and needs a person to remain calm at all times. It also gives him the opportunity to explore places that no one else has been to before.

Did you know that one of the experts that rescued the trapped Thai schoolboys was a hero firefighter and cave diver from Coventry?

Rick Stanton got an MBE for years of service. He said "this was completely uncharted, unprecedented territory and nothing like this has been done." pic.twitter.com/PSRzzaXYfJ

An ex-firefighter with twenty-five years of experience on the job, Stanton is considered one of Britain’s and the world’s most celebrated cave divers. He picked it up as a hobby, eventually leveling up to the point where he started developing his own diving gear. He continues to participate in rescues through the Cave Rescue Organisation, which is what led him to the Tham Luang cave rescue in Thailand. For his work, he has been awarded several laurels. He is the recipient of the George Medal, the 2018 Pride of Britain Award for Outstanding Bravery, and the Queen’s Gallantry Medal.

A post shared by Duke and Duchess of Cambridge (@dukeandduchessofcambridge)

Prior to this, he’d also received the Royal Humane Society’s Bronze Medal and was appointed a Member of the Order of the British Empire. In 2021, he received the Hero of the Year Award at the West Midland Fire Service’s Aspire Awards. In the same year, he was awarded a chapter coin by Mark Wood, the Chairman of Great Britain and Ireland Explorers Club Chapter, while also receiving an honorary degree from the University of Bristol’s Speleological Society. In 2021, his book ‘Aquanaut: A Life Beneath the Surface – The Inside Story of the Thai Cave Rescue’ was published.

Stanton has always been a private person and never quite liked to be in the limelight, even after the rescue. “I’m only interested in the cave, where it’s going, and how it ends. I suppose that’s what motivates me – I don’t know why, but that’s it,” he told Guardian. He doesn’t keep in touch with the boys he rescued but has admitted that he receives their pictures and updates occasionally. While he doesn’t like to talk about it very much, he does admit that his life has changed a lot since the rescue.

In Coventry, he has become a local celebrity, while also turning into a well-known figure internationally, especially in the cave-diving community. He has also collaborated with filmmakers in making documentaries about the incident. For ‘Thirteen Lives’, he served as a consultant, helping the filmmakers figure out the details that were either misreported by the media or were not known by anyone but the divers. He has also become a guest speaker, talking about his experiences and motivating others. “Not one day has passed in three and a half years where I haven’t had something to do with Thai rescue in some way shape or form. It certainly has been a huge feature in my life,” he admitted.

Apart from all the acclaim that it brought him, the rescue mission also led to a personal change for Stanton. Before it, having spent decades cave-diving, he’d started to wonder if his little hobby ever actually meant something. In his book, he explores the complex emotions he had regarding diving, as he became disillusioned with it. “I’d devoted my life to reaching the pinnacle in this one activity that was absolutely pointless, it brought nothing to anybody,” he wrote. Then the call came for the rescue of the thirteen people stuck in a cave in Thailand, and Stanton’s unique skillset became the turning point in the rescue efforts. “It does appear that everything I have done has led in incremental steps to this,” he said.

As for ‘Thirteen Lives’, when he found out that Viggo Mortensen was going to play his role, he was very pleased. “I’d never really thought who would play me in a film, but he’d be up there,” he said. He finds that the actor nailed his accent and brought a very realistic approach to the portrayal of his character. While his actions might be perceived as heroic, especially after the movie, Stanton believes that he is still a normal person who simply did what was in his capabilities. “I don’t think of myself as a hero. I still live alone in Coventry,” he said.