Where is Ceci From Sing On! Now?

The great pastime of karaoke is now on your screens with Netflix’s ‘Sing On!’ There are 6 contestants who battle it out over 5 songs to win a jackpot that can get as high as $60,000. Tituss Burgess, the man who has carved his niche with numerous Broadway musicals and ‘Unbreakable Kimmy Schmidt,’ is hosting the show. There is, however, only one judge, and it is the vocal analyzer, which determines the skills of the singers based on their accuracy. In this article, we discuss the dynamic Ceci from the episode ‘Party Playlist’ who stole the show with her talent.

Ceci was comfortable on stage since the very first song introductory song which was ‘Can’t Stop The Feeling!’ by Justin Timberlake. In fact, she even won the initial round with a 71% accuracy score for Maroon 5’s song ‘Moves Like Jagger,’ which saved her from elimination. For the next round, the group sang Miley Cyrus’ ‘Wrecking Ball’ and Ceci had scored 68%. She lost the top spot to Hope by just 1%, and both Mary and Noble also voted against her since her stellar performance made her tough competition. Although both Noble and Ceci were facing elimination, the former had a lower score and thus, was eliminated. 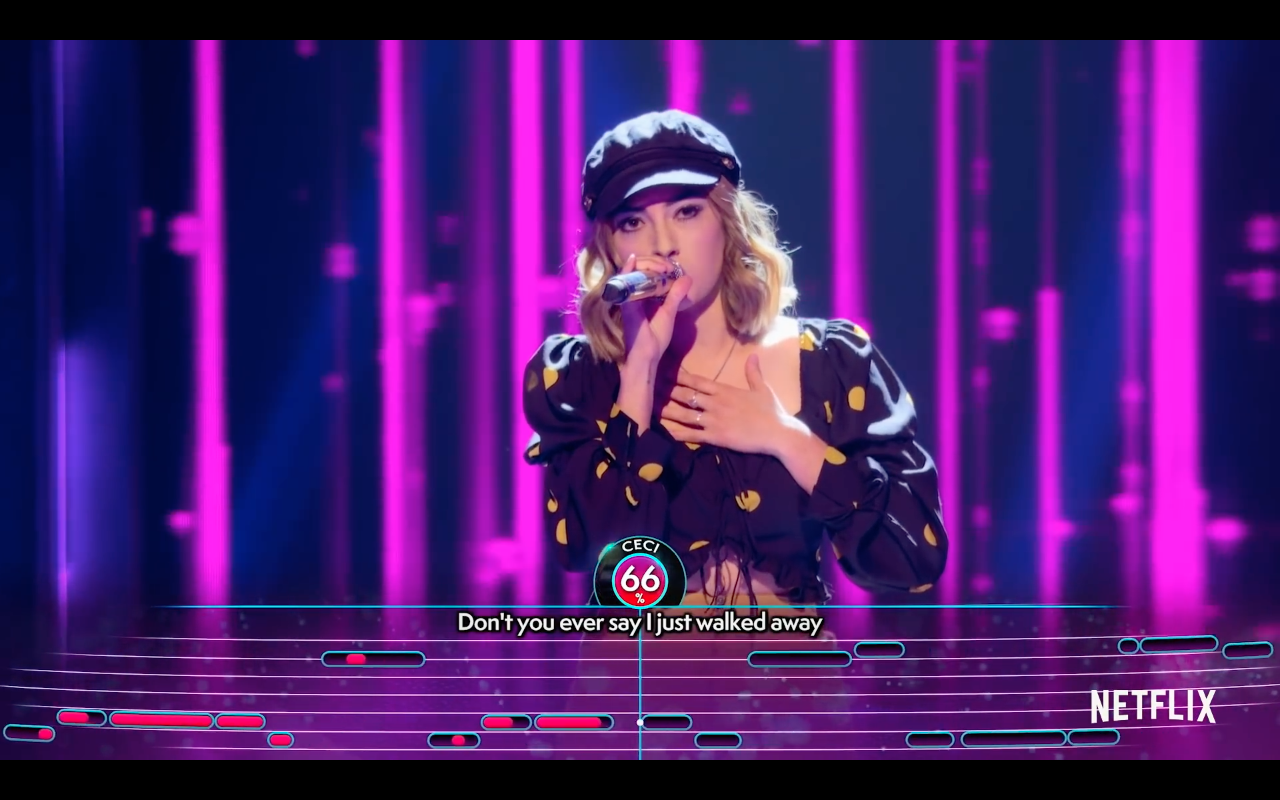 Despite this, Ceci was on a roll, and because of her exceptional singing skills in the iconic 2010 song ‘Dynamite’ by Taio Cruz, she was safe from elimination yet again. She won the round with a whopping 84% accuracy. She was also able to hit the Golden Note while performing ‘Chandelier’ by Sia, for which she won $1000. Not surprisingly, Ceci bagged the top spot again (albeit by a small margin) with a score of 71.4%. This is also why she was given the option to choose the final song for the sing-off, and Ceci chose the Taylor Swift hit ‘I Knew You Were Trouble’ over Lady Gaga’s ‘Bad Romance.’ The only question then was if Ceci’s winning streak would continue. Alas, it was not meant to be. Ceci scored 67% and lost out on the $39,550 jackpot to Mary. But she did go home with the Golden Note prize money.

Where is Ceci Now?

When Ceci appeared on the show, she was working as an Uber driver, and she also stated that she had 5 dogs! She wanted more but her boyfriend, Michael Rodriguez, thought that 5 were enough. Her social media also revealed that she would often perform on stage in San Antonio, Texas, before the pandemic. It is a bit hard to comment on whether she has continued with these ventures since some big changes have happened in her life. The runner up recently became a mother! She and her boyfriend are proud parents of a baby boy born in July 2020, whose name is Kruz Rene Rodriguez. It seems that since her pregnancy, she is taking it easy and enjoying quality time with her family.

Read More: Where is Josh From Sing On! Now?