Where Is Chef Rafael Gomes From Iron Chef: Brazil Now?

Netflix’s ‘Iron Chef: Brazil‘ is an interesting competitive cooking reality show that brings together a group of stalwarts, aka Iron Chefs, from the Brazilian food industry. It then has them face off against rising stars who have just about started putting their mark on the country’s culinary scene. Interestingly, each episode features a challenger taking on an Iron Chef in a themed battle that thoroughly tests one’s mettle, talent, and perseverance. Moreover, the show even has a surprise up its sleeve as the challenger with the highest points faces five Iron Chefs in the finale for a chance to win the trophy.

Fans were pretty excited when ‘Iron Chef: Brazil’ season 1 presented Rafael Gomes as one of the challengers ready to fight for the Iron Chef trophy. While he is known for being a specialist in French cuisine, he was also crowned the winner on season 3 of ‘MasterChef Profissionais,’ making him a household name in the country. Nevertheless, with the cameras now turned away, fans are curious to find out where Rafael is at present. Well, fret not because we come bearing answers!

A well-known name in the Brazilian food industry, Chef Rafael Gomes began his cooking journey in the US but later expanded his empire to France, where he established his own restaurant. When given a chance to prove his worth in episode 4 of ‘Iron Chef: Brazil’ season 1, Rafael competed against Iron Chef Giovanna Grossi, who is known as one of the judges of the biennial world chef championship, Bocuse d’Or. Interestingly, both chefs were given the common ingredient of mushrooms and asked to present their most impressive dishes to the judges. 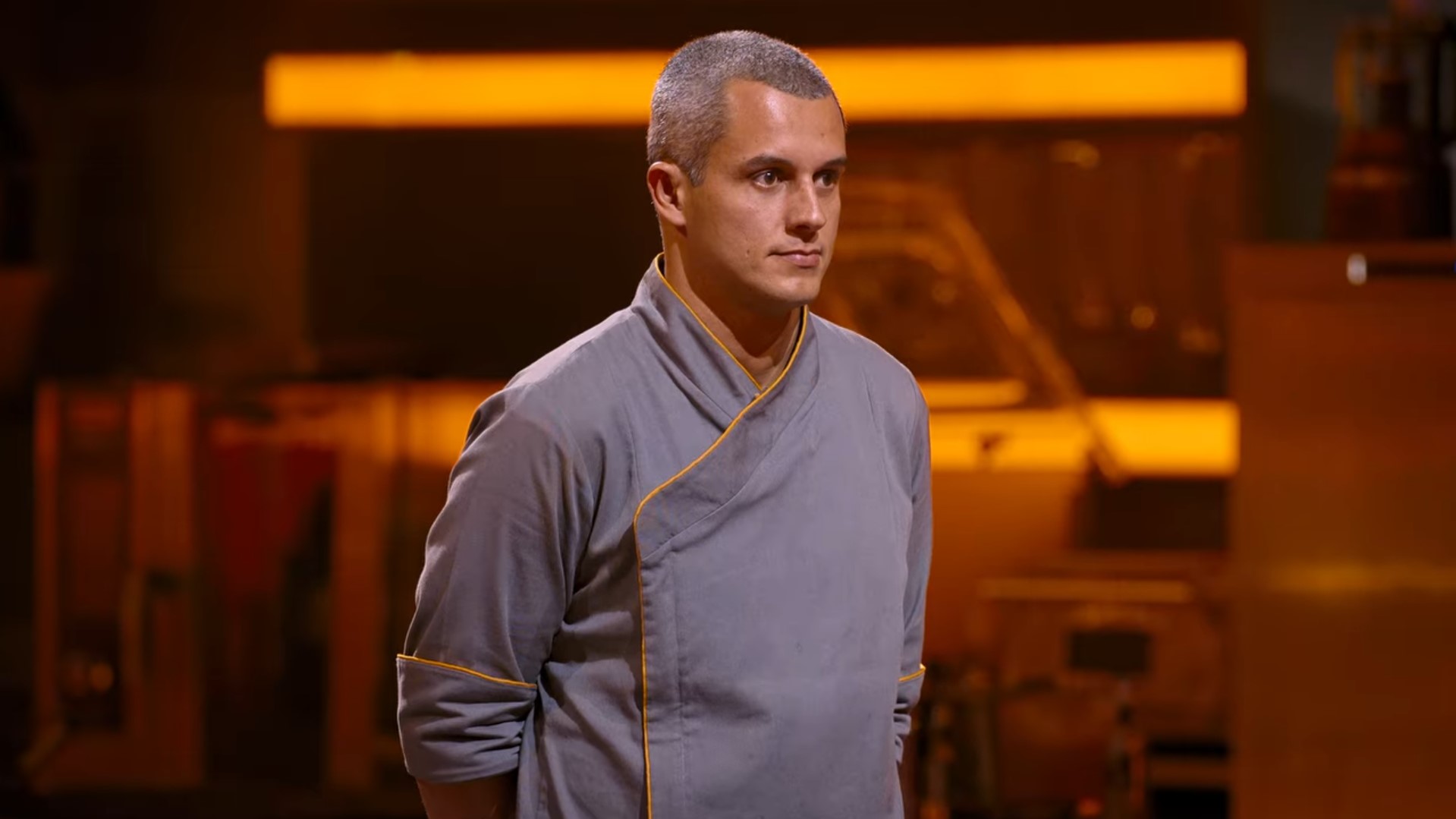 Witnessing Rafael work in the kitchen was jaw-dropping, to say the least, as he had everything down to the tip of his fingers. His incredible skill and mastery over the recipes became quite apparent when he began churning out one exquisite dish after the other, giving the more experienced Iron Chef a run for her money. While Chef Giovanna did her best and created quite a few incredible dishes, Rafael had an edge since the judges were in love with his presentation, style, and flavor. Ultimately, he won the challenge with 90 points and subsequently became the one to face five Iron Chefs in the season finale.

Although the final challenge was humongous, as Rafael faced five top stalwarts of the Brazilian culinary industry, he put his best foot forward and never backed away from the task. The challenger, along with his assistants, put up a valiant fight and made some beautiful dishes, which were praised by the judges unanimously. However, the final round ultimately proved too tough, as Rafael bowed out after scoring just 93 points to the Iron Chefs’ 95.

Where Is Chef Rafael Gomes Now?

Currently, Chef Rafael Gomes has spread his culinary empire over two continents and shuttles between his establishments in Paris and Brazil. Despite starting his cooking journey in the United States, he soon made his way to France and began working at the restaurant de Colagreco, Le Mirazur in Menton. Subsequently, Rafael developed and became the head chef at the Paris-based restaurant Grand Coeur before establishing his own restaurant, Itacoa.

Currently, Rafael owns and operates two Itacoa branches in Paris and Rio, along with the Rio-based Porquinho, a pork specialty restaurant. Additionally, he is planning to launch his fourth restaurant, Tiara, which from the looks of it, will provide a fine dining experience. On the other hand, Rafael is quite happy in his personal life as he seems to be in a loving relationship with his partner, Fernanda Rubatino, and has built a home surrounded by friends and family. It is lovely to witness the talented chef achieve further success, and we would like to wish him the best for the years to come.

Read More: Iron Chef Brazil Season 1: Where Are They Now?