Cillas Givens My 600 lb Life Update: Where is He Now?

TLC’s ‘My 600-lb Life’ shows the amazing weight reduction efforts and struggles of various morbidly obese individuals over a year. Every person joins the reality show in an effort to shed their excess weight, which totals over 600 pounds on average, through challenging dietary and lifestyle changes. Before being authorized for weight-reduction surgery, Dr. Younan Nowzaradan, also known as Dr. Now, assists them with a personalized diet and exercise plan to help them drop as much weight as feasible.

Since its inception in 2012, many people have sought the doctor’s assistance, some of whom began with a rather strong and determined approach. Cillas Givens, who was a cast member in season 7 episode 17, also had a similar journey. He established a reputation as a committed patient who was determined to lose weight and make his family proud. Thus, since his fans must be wondering where he is now, here’s everything we found out!

Cillas Givens was a Detroit, Michigan native who weighed 729 pounds when he appeared in season 7 in 2019. Because of his massive weight, Cillas was stuck in his medical bed all day and had been living a dependent life for more than two years. Moreover, he also needed oxygen support, which meant he relied on his girlfriend, Jessica, to lead his daily life. “The life I live right now is miserable. It’s not no life for anybody to live. And I hate it, because I’m not only missing out on my life, I’m missing out on my family’s life – all because I love food so much that I can’t stop eating,” Cillas said about his condition.

Cillas’ family comprised Jessica, her two daughters, Brooklyn and Emily, and their third daughter together, Nevaeh. His food addiction mainly stemmed from his childhood when he felt unloved and neglected by his stepfather. Although he assured that he never faced a scarcity of any kind, meaning his father provided everything except for the father-son bond he always craved for. He added, “I am my mother’s child and he is my brother and sister’s father, you know! I never felt a part of their family.”

However, Cillas did not want a similar relationship with his daughters; hence, he was motivated enough to take stringent actions to lose weight and gain back his life. Thus, he journeyed to Houston, along with Jessica, with the help of medical professionals who had to carry him to his car. Cillas did not have a comfortable ride because of his weight and was incapable of walking, which is why he was immediately hospitalized by Dr. Now. After remaining in the hospital for a month and following the controlled diet, Cillas lost a whopping 139 pounds and was transferred to a rehab facility to regain the ability to walk. 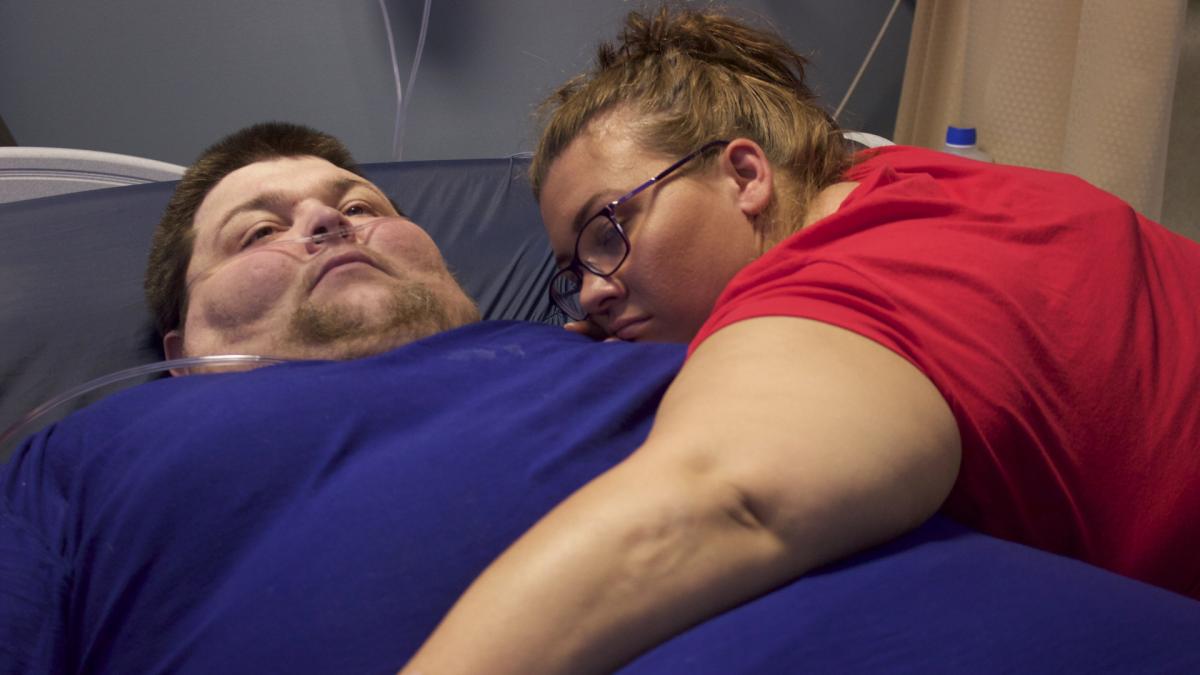 Cillas then lost about 73 pounds in rehab, after which he was sent back home to lose some weight by himself. Although he initially struggled to lose weight in the same momentum, he soon picked up the pace and lost enough to get approval for the bariatric surgery. Thus, by the end of his episode, after undergoing surgery and continuing his weight loss post that, he successfully lost around 388 pounds, ultimately weighing 341 pounds.

Where is Cillas Givens Today?

Cillas Givens was one of the few cast members from ‘My 600-lb Life’ who had a tremendous journey of weight loss before as well as after the show. He was determined enough to continue with his diet and exercises regularly and made sure he soon reached his goal weight. Thus, while appearing in his follow-up ‘Where Are They Now?’ episode, Cillas revealed that he brought down his weight to 249 pounds in 13 months after his time on the original show, thus losing almost another 100 pounds.

Cillas also opened a private Facebook group called ‘Let’s Get Healthy’ with Jessica and 2 other admins in 2019, where they encourage each other to lead a healthier lifestyle. After such a drastic transformation, he looked completely different and was a much more active person. Cillas was able to take his family, including his three daughters, out to the zoo or any other place to have fun together, he went fishing with his friends without any difficulty and became an active parent to help Jessica in their household.

Two years since beginning his weight loss journey, Cillas brought down his weight to 226 pounds and was only around 10 pounds away from reaching his goal weight. He was also getting ready to get the excess skin removal surgery to finally end his association with Dr. Now. Cillas and Jessica finally got married on March 12, 2019, and live together with their daughters and their dog, Loki, in Enid, Oklahoma. Cillas joined the mental health field as a Behavioral Habilitation Professional at Liberty Healthcare Corporation on March 3, 2022.

Jessica also got her degree as a paramedic by first studying EMT-Paramedic at Coastal Carolina Community College and then beginning her Bachelor of Paramedic Science at Western Carolina University Emergency Medical Services. She also simultaneously works as a paramedic at Miller Emergency Medical Services. Thus, as the family of 5 moves ahead in their lives, we only wish them more happiness and success in all walks of their future life.

Read More: Lee Sutton My 600 lb Life Update: Where is He Today?