Where is Coach John Mosley Now? 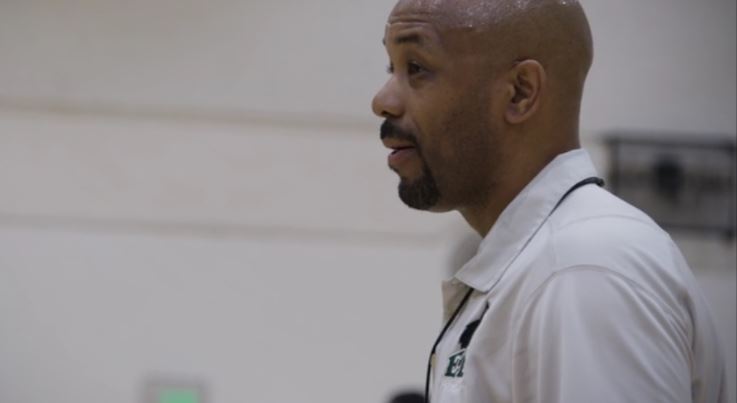 Netflix’s ‘Last Chance U: Basketball’ continues Greg Whiteley’s sports documentary series empire. Instead of football, though, this time, it’s centered all around the hoops that are 10 feet off the ground. Following the East Los Angeles College (ELAC) Huskies, made up of powerhouse athletes hoping to utilize their final chance to fulfill their dreams of making it to the next level, we get a tale of passion and conviction like no other. And as Coach John Mosley leads them, we also get a look into his rollercoaster ride of a life. Curious to know more about him? We’ve got you covered.

Who is Coach John Mosely?

As an athlete, Coach John Mosley started playing ball at Washington Prep High School back in the late 1980s. However, despite his skill, he chose to attend ELAC as a two-year Liberal Arts student because of his past and grades, making it to the Huskies basketball team as a captain and starting point guard. After his massive success there, he transferred to The Master’s College (TMU), where he led his team to two regional championships and two NAIA Division I national tournament appearances.

Due to his surroundings, Coach John had joined a gang at a very young age. But thankfully, he found basketball soon after and managed to spend all his time and energy on the game rather than going down a dark road. This, combined with finding true faith during a mission in Brazil in college, helped Coach John realize his and the game’s full potential. Thus, as soon as he got the chance, he began his journey as a coach, establishing Save Through Hoops before joining TMU as an Assistant Coach and PE Professor.

For over eight years, Coach John stayed with TMU. Then, he made the jump to California State University, Bakersfield. Unfortunately, although Coach John loved this job, it always bothered him to be away from his family. Therefore, he decided to take a step back and spent almost three years as a Career Coach Gameplan Advisor at Athletes to Business before landing a job at ELAC. Once there, when the Coach saw himself in the struggling young men who came to play, he stuck around for good.

Where is Coach John Mosley Now

Coach John Mosley has made it no secret that although he can and will go crazy on his students during practice, he’ll never leave any of them behind. His skill, intelligence, and care for every one of his players were evident throughout the series in everything he did – from making them lift weights after every game to spending his own time and money for their welfare. And as far as being a coach for a JUCO team goes, Coach John doesn’t mind that one bit.

After all, as he said, “I like being a(n) underdog, man. I’m a(n) underdog.” His only rules are no swearing (for himself) and complete discipline. Despite growing up in the hood and never having held a Head Coach’s position before, Coach John Mosley was hired by the executives at ELAC purely because of his skills and determination to give others the same chance that he had been given to get out of a tough spot.

Thus, it is no surprise that he is still the Head Coach at the college and has entered his latest season with an unparalleled tenure record of having led the Huskies to eight-straight State Playoff appearances. Along with that, the Coach has also been named one of the 50 Most Impactful Coaches in JUCO Men’s Basketball. Apart from that, he also holds a full-time faculty assignment for the Kinesiology Department at ELAC.