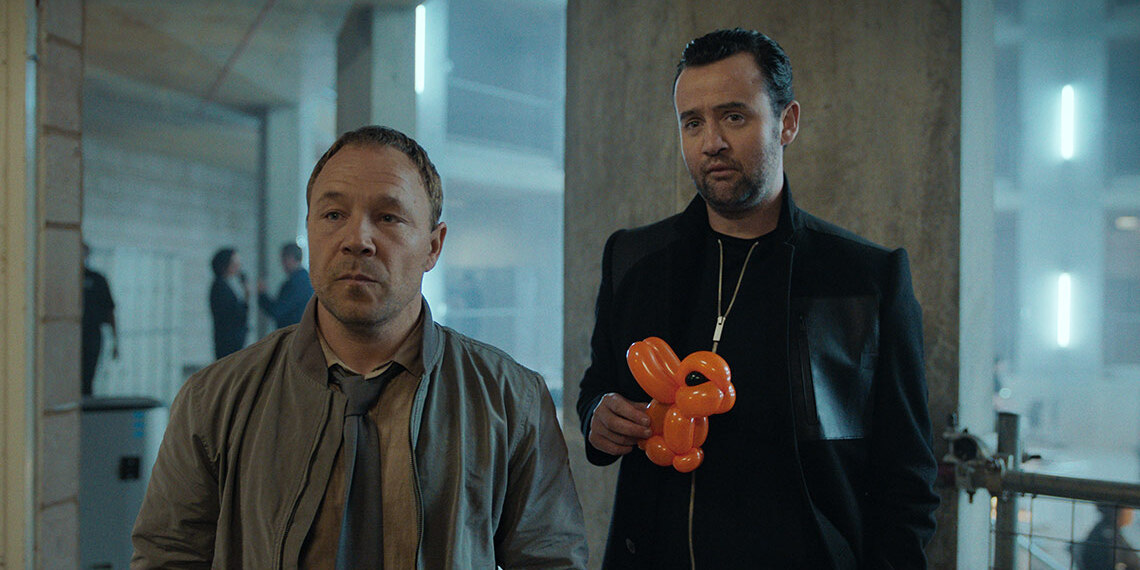 Created by Tom Miller, Sam Myer, and Daniel Peak, the Sky One original sci-fi police procedural sitcom ‘Code 404’ revolves around the eccentric buddy cop partnership of DI John Major and DI Roy Carver. However, an undercover operation goes haywire, and Major is deceased while on duty. Following the death of the Major, Carver finds it challenging to cope with his best friend’s loss while his career heads towards a downward trajectory. However, Major comes back, albeit as a reanimated AI, and now Carver has to team up with his old friend under very different circumstances.

Glitches arise when the duo realizes that things are not the same as before. With stellar performances by Daniel Mays and ‘This Is England’ fame Stephen Graham, a gripping premise, and unique locations, this series is one of the most lovely things on television. Thanks to the seamless dynamic, the series became the most-watched comedy series of the network in eight years! However, you may wonder where the show is filmed and whether the story is tethered to reality. In that case, let us divulge everything we know.

‘Code 404’ is filmed in its entirety in the UK, especially in London and the Greater London area. Production for the first season commenced in March 2019 and went on for about six weeks. The show is set in London, and thus the creator and the crew went to the exact location to felicitate filming. Let us now take you to the specific areas where the show is filmed!

The entirety of the show is filmed in and around the sprawling city of Big Ben. The crew resumed filming on location while following stringent COVID protocols. One of the highlighted locations was the Collins Theatre, a lively underground music venue on Essex Road under a Waterstones bookshop at 11 Islington Green. 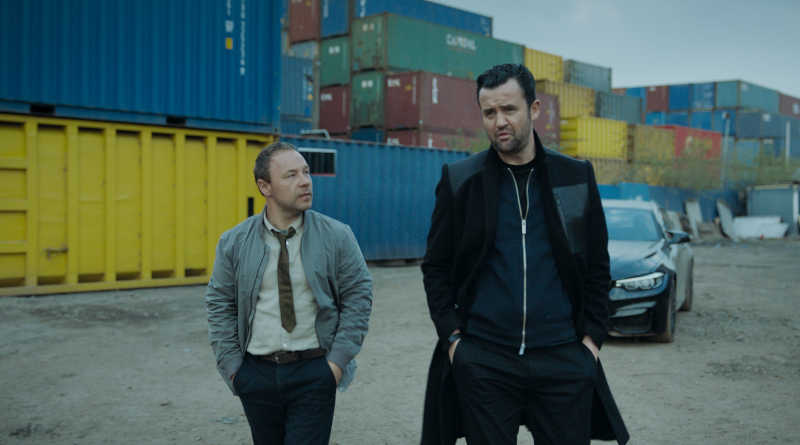 A considerably large venue flaunting Elizabethan courtyard-style seating, the historically important location was once the home turf for Tommy Cooper and Charlie Chaplin. However, after the money fell through, the theater project did not see the light of day, and the space was disused. The crew found this hidden gem while out scouting and resumed filming. A significant part of the story unfolds in a university space, and although the exterior was filmed in an actual university, the interior sequences were filmed here.

The production team also visited ExCeL London, a spacious exhibition center located in the Royal Victoria Dock area of Newham, at 1 Western Gateway. Situated in the city’s eastern region, the exhibition center provides a vast space ideal for filming purposes. Moreover, the crew also filmed some scenes in an abandoned brewery in the city.

No, ‘Code 404’ is not based on a true story. However, the use of realism results in most of the situational comedy in the series, and thus the show attains a realistic aura. The compelling crime drama story is set in the near future, where human-AI amalgamation is possible. However, as the technology is not yet developed to its full potential, the AI proves to be glitchy at times. 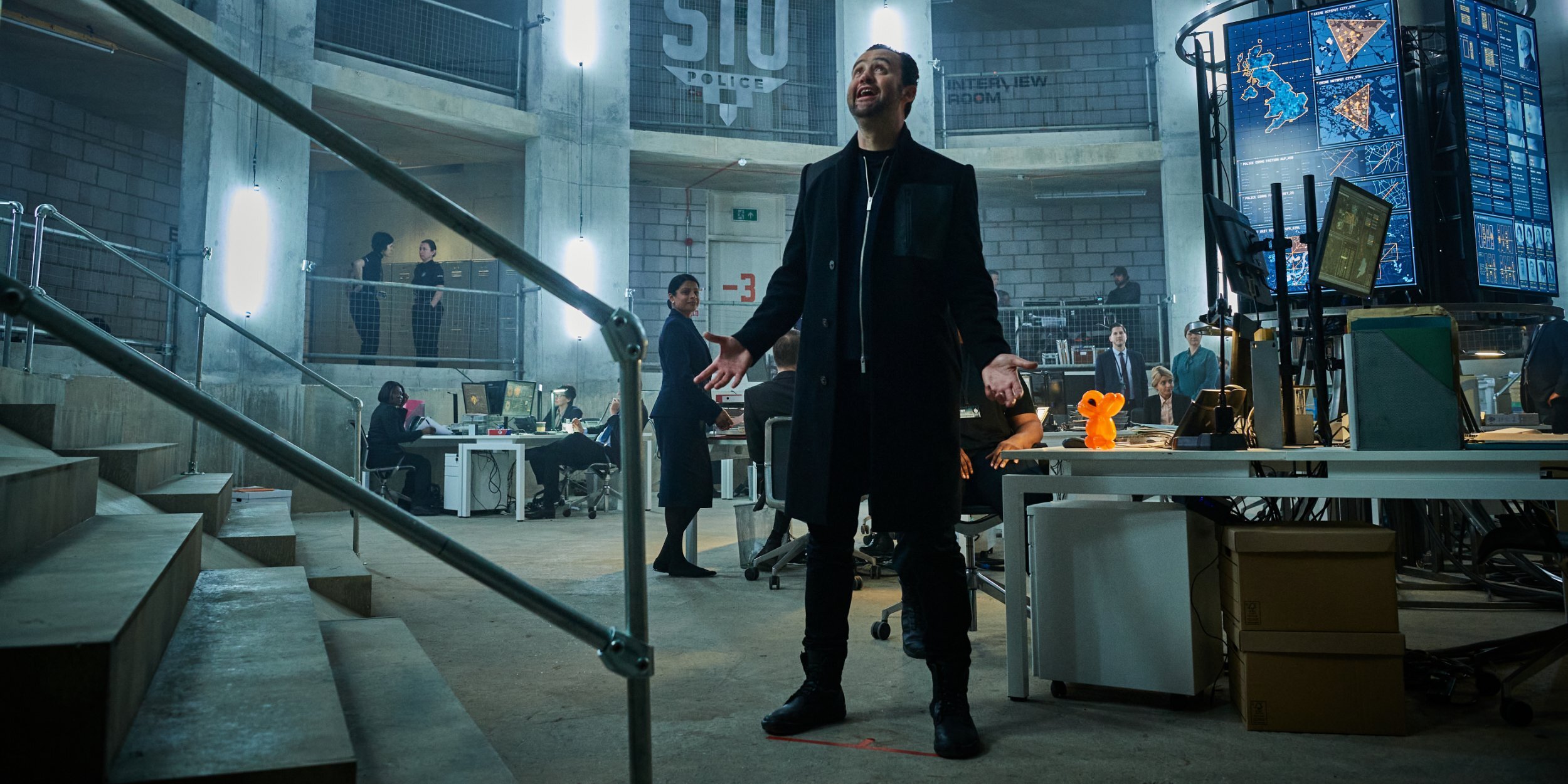 The show was conceived by Tom Miller, Sam Myer, and Daniel Peak and directed by Al Campbell. As you may recognize from the final product, the show was initially conceived as a buddy cop venture where one of the cops is part AI. The idea first came to Sam Myer, but he was originally more ambitious in his thinking. He wanted to address pertinent questions about the nature of consciousness and identity in the digital age.

Still, he later changed his mind to favor a more toned-down, accessible, and fun venture. Daniel Mays’ character gives the goofball ‘RoboCop’-esque comedy much of its driving force. He is killed off in the line of duty, only to return as an experimental AI. However, human-AI fusions are not feasible under the current technological advances, despite the drastic development of Artificial Intelligence. Since there is still no way to transfer human consciousness into an external storage device, the concept, however attractive it may sound, still comes off as futuristic.