Where is Courtney Hadwin From AGT Now? 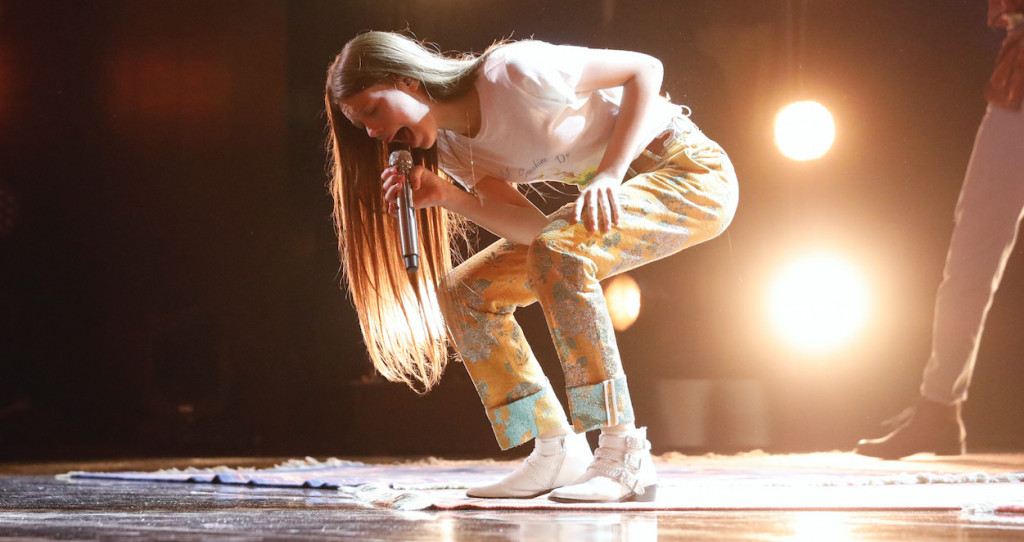 Every season, NBC’s ‘America’s Got Talent’ effectively captures the interest of millions of viewers and demonstrates that it is among the greatest reality shows in television history. The talent show allows people from all backgrounds to demonstrate their remarkable skills to the world. Among the various talents who have enhanced the show throughout the years, there are a few individuals that stand out. Courtney Hadwin from ‘AGT’ season 13 is one such exceptional talent.

Born in July 2004, Courtney Hadwin is an English singer-songwriter who rose to prominence after appearing on ITV’s ‘The Voice Kids UK’ 2017 and later on the 13th season of ‘America’s Got Talent.’ Courtney’s unmatched vocal talent made her a star from the first day of her audition. The then-13-year-old had a phenomenal journey in ‘AGT,’ which catapulted her singing career to new heights. Curious to know more about her journey and what she’s up to today? We’ve got you covered.

Courtney hails from Hartlepool, England, and was just about 10-years-old she attended her first-ever audition for a singing competition show at ‘TeenStar’ in April 2015. Though she didn’t win, the passionate singer gained confidence after reaching the grand finale. She later went on to compete in several other singing competitions. Courtney’s most notable stage performances were when she competed on ‘The Voice Kids UK’ in 2017 and finished as a finalist. Courtney’s breakthrough, however, was her spectacular performance in the ‘AGT’ season 13 audition in 2018.

The seemingly shy schoolgirl managed to deliver one of the most startling performances when she took on a different avatar as a total rockstar. After only a minute of her singing, all judges were blown away by her rendition of Otis Redding’s “Hard to Handle.” In the end, the audience erupted in applause and Courtney received a standing ovation for her performance. Judge Howie Mandel even compared her performance to Janice Joplin’s and advanced her to the quarterfinals with the Golden Buzzer. Howie exclaimed, “Oh my gosh, you are not from this era. You’re from a whole different era”.

Courtney went on to give several iconic performances throughout her journey in ‘AGT’. Some of the powerful performances include her renditions of “Papa’s Got a Brand New Bag” by James Brown, “Born to Be Wild” by Steppenwolf, Tina Turner’s “River Deep – Mountain High,” and “Piece of My Heart” with rock band The Struts. Although she was caught in some negative attention owing to her background in several competitions before ‘AGT,’ Courtney’s performances remained true to her talent. She did reach the grand finale but was eliminated before reaching the top five.

Where is Courtney Hadwin Now?

Despite failing to win ‘AGT,’ Courtney traveled to Las Vegas to perform five live shows with winner Shin Lim at the Paris Hotel and Casino in November 2018. She also confirmed in December 2018 that she was signed with Simon Cowell’s music label, Syco Entertainment, and Arista Records, calling it a “dream come true.” Not only that, but on October 25, 2019, Courtney released her first album, “The Cover Sessions,” which includes live covers of Harry Styles’ “Sign of the Times”, the Jonas Brothers’ “Sucker”, Lil Nas X’s “Old Town Road”, and Lewis Capaldi’s “Someone You Loved”.

Courtney tried again and returned for ‘America’s Got Talent: The Champions’ in 2019, where she auditioned with her first original song, “Pretty Little Thing.” Despite finishing third in the competition, she had made a significant impact and set the tone for the type of artist she would eventually become. After some break from her singing career, the now-18-year-old is making a new start in music while maintaining her vintage style. Since her relaunch on Instagram in June 2021, the singer has amassed over 500,000 followers on the platform, where she shares her singing journey.

Courtney also has a Spotify page with over 23,000 monthly listeners and a TikTok account with over 330K followers. On December 2, 2020, Courtney uploaded her rendition of “Happy Xmas (War Is Over)” on her YouTube account, which has over 600,000 subscribers. The young singer also uses TikTok to post step-by-step tutorials on how she creates her original songs. Courtney Hadwin is on her way to becoming an iconic singer and songwriter, with her own music album due out soon under new management.

Read More: Where is Brandon Leake From AGT Now?