Where is Courtney Revolution From The Circle Now? 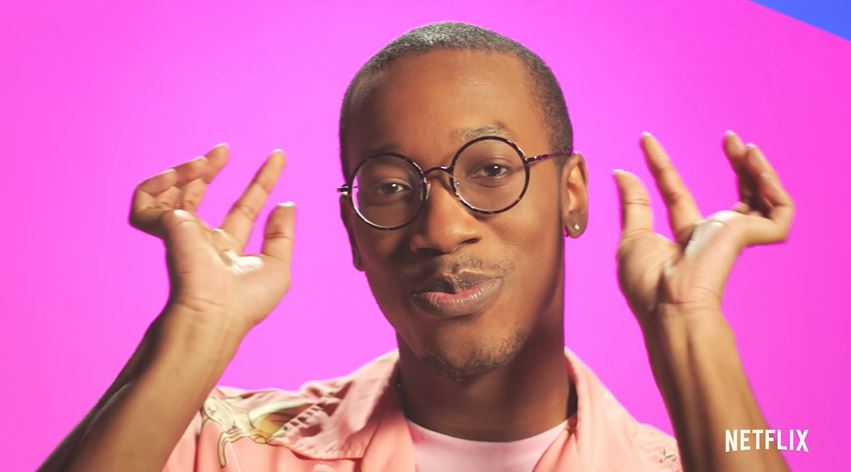 Netflix’s ‘The Circle’ has kept us on our toes with its dystopian-tech reality competition ways ever since its premiere in 2020. Unfolding almost like an episode of ‘Black Mirror,’ this series features its cast members residing in different apartments in the same building. However, the twist is that they can only interact with one another through accounts created on the titular social media app. The anonymity allows the players to enter the game as themselves or as someone else entirely, all to win the massive $100,000 grand prize. Hoping to do just this in Season 2 is Courtney Revolution.

Who is Courtney Revolution?

We meet Courtney Revolution on ‘The Circle’ as a 28-year-old online entertainment host, but he admits that he wants to alter his image going into the game to be on a safer strategic side. Thus, Courtney enters barista as his profession, which is far from the truth. After all, anyone who loves pop culture and gossip and seeks out information from the internet knows who Courtney is — a podcast host and digital creator based in Los Angeles, California.

“My passion for entertaining developed once I discovered the internet, and one of my first loves – YouTube,” Courtney once said. “After briefly falling in love with fashion and turning down my acceptance to FIDM (Fashion Institute of Design & Merchandising) (my dream school at the time), I refocused…realized that I had a special knack for communicating…finished my degree [from a community college] and packed a car and road tripped to Los Angeles.”

Where is Courtney Revolution Now?

Courtney Revolution is still on the West Coast, doing what he loves the most. After learning the meaning of hustle in Los Angeles, doing a few odd jobs, and hosting for Hollyscoop for a brief while, he realized that he could be in the industry forever and started establishing his own brand. Utilizing the extensive knowledge he’d garnered from his job, Courtney launched his own live pop culture show on YouTube and subsequently began a podcast called ‘Overheard in the Pantry,’ with one of his closest friends, Phylesha Hiers.

To this day, both of them are successfully running, resulting in Courtney’s ability to build a merchandise line as well, which is available on Teespring. In saying that, though, his road to stability has not been easy. “Everyone wants to be ‘a star,’ everyone wants ‘the job,’ so many people want to be ‘the best,’ and as a black gay man, opportunities don’t come as frequently as my white counterparts,” he said. “However, I use the moments that I am thought of or included or involved, to always attempt to knock it out of the park and to do my absolute best.”

Thanks to these work ethics, optimistic attitude, and overall zealousness, Courtney’s live YouTube show ‘Green Chair Chats’ recently celebrated its first anniversary. “What started off as me rambling and showing off my groceries from Trader Joe’s has turned into me and the Rebels (his fans) investigating all of the hot goss in pop culture, donating to charities, and having the discussions that should be had – unfiltered and unafraid,” Courtney wrote in an Instagram post. “Just wanted to say thank you for letting me do me and loving me for just me.”