Where is Crime Scene Kitchen Filmed? 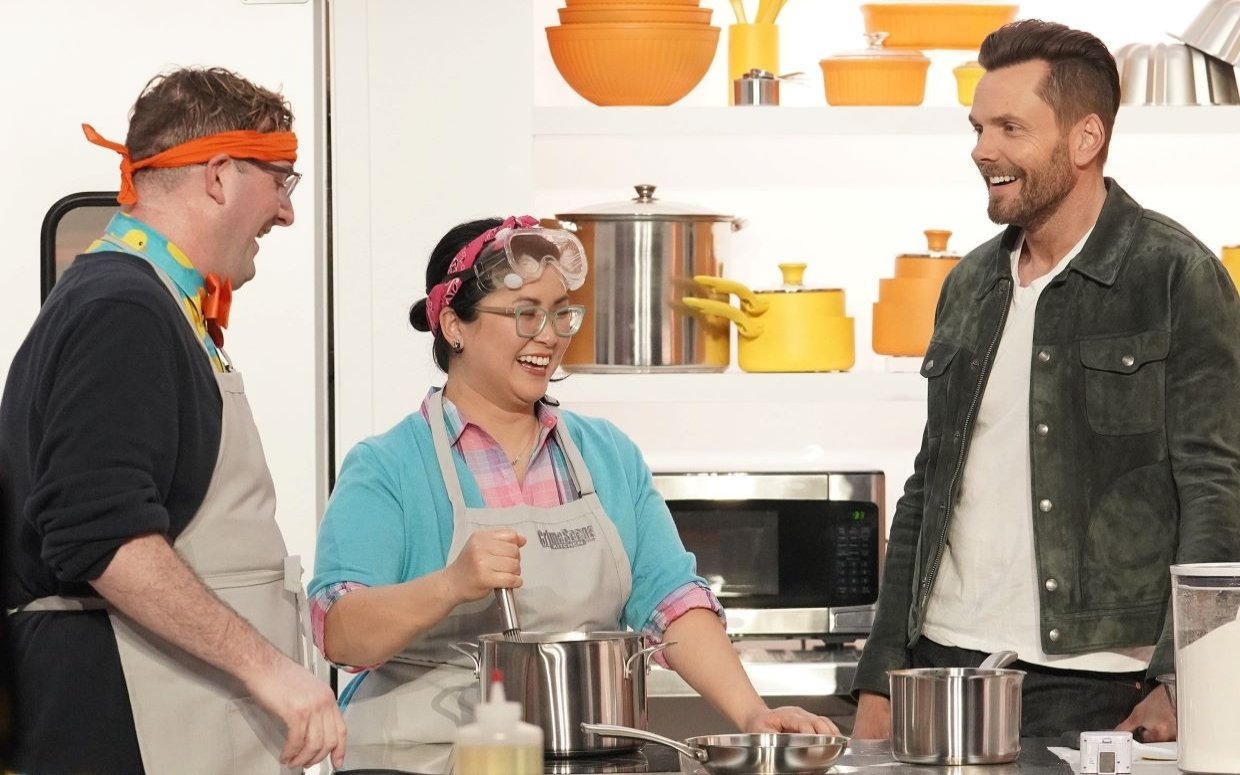 Hosted by Joel McHale, ‘Crime Scene Kitchen’ is a reality cooking competition series that follows a team of two contestants participating against other challengers to make mouthwatering desserts. But there is a twist; all the challenges begin at a crime scene, where a delicious cake was made before disappearing from the site. It is the task of the participants to observe the ingredients, crumbs, and other clues to decode the mystery and to conclude what was baked so that they can make recreate it for the judges.

Based on the challenges that test the problem-solving skills and creativity of the contestants, the winner is decided, who takes home the attractive prize money of $100,000. The series quickly became popular after its release, and today it has a huge fanbase around the world. Naturally, some of the fans may be curious to learn more about the filming locations of the show. If you find yourself thinking about the same, we have got you covered.

The reality competition series is filmed entirely in California. The state is the global center of high technology, entrepreneurship, and most importantly, the entertainment industry. Located in the western part of the United States, it was actually the affordable land, mild Mediterranean climate, and varied terrain that attracted filmmakers to the state in the 1920s. Since then, it has hosted the production of hundreds of movies and shows.

The major film studios of the United States, sometimes referred to as the Big Five, are all located in California. The shooting for the reality competition series is done in several locations in the western US state, so without wasting any more time, let’s learn more about them.

Los Angeles is the primary filming location of ‘Crime Scene Kitchen.’ The shooting for the baking competition is mainly limited to Quixote Studios, located at 12137 Montague Street, Pacoima. Its 14,000 square feet of studio space is often used for filming commercials, television shows, and movies. Beth Farmer posted a photo on Instagram after the shooting for the show wrapped up to share with her followers the challenges involved in the production and express her gratefulness to be a part of such a great show.

Since the City of Angels was one of the worst-hit cities in the first wave of coronavirus pandemic, the producers ensured that all coronavirus norms and safety measures like masks and social distancing were followed on the sets. The filming for season 1 reportedly commenced around early February 2021 and wrapped up 2.5 months later in May.