Where is Dark Winds Filmed? 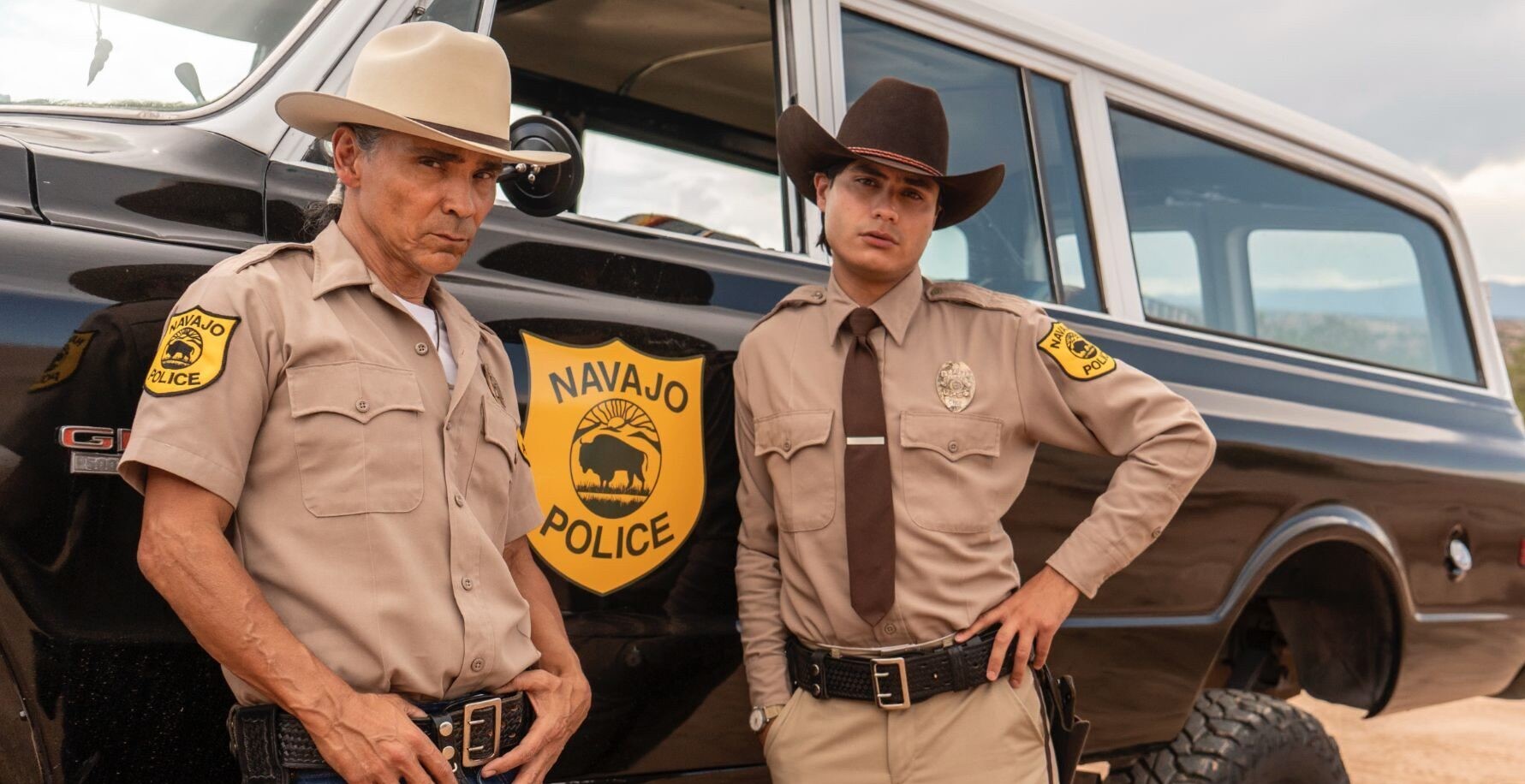 Based on the ‘Leaphorn & Chee’ book series by Tony Hillerman, ‘Dark Winds’ is a crime drama series that chronicles the cases assigned to two police officers named Joe Leaphorn and Jim Chee. Created by Graham Roland, the thriller series revolves around the pair searching for clues in seemingly unrelated crimes in the early 1970s. At the same time, they face their past traumas, and their respective spiritual beliefs get tested.

The involvement of action sequences coupled with some gruesome and gory crimes in ‘Dark Winds’ keeps the viewers on the edge of their seats. Moreover, the 1970s setting against several suitable backdrops, including the desert and barren lands, not just makes the narrative seem realistic but also fuels the viewers’ curiosity about the actual locations used to film the psychological thriller show. If you have questions regarding the same, allow us to share the information to put your curiosities to bed!

‘Dark Winds’ is filmed in New Mexico and Utah, particularly in Santa Fe County, Española, Cochiti Pueblo, the Navajo Nation, Mexican Hat, and Monument Valley. The principal photography for the inaugural iteration of the series commenced in August 2021 and wrapped up in November of the same year. One of the executive producers of the crime series, Chris Eyre, thanked New Mexico and Navajo Nation for giving his team a warm welcome. Now, let’s navigate all the specific locations that aid in the creation of the 1970s setting in the series!

Many pivotal sequences of ‘Dark Winds’ are lensed in Santa Fe County, the third-most populous county of New Mexico, with the city of Santa Fe as its county seat. The production team specifically conducts taping in Camel Rock Studios, the first-ever Native American-owned production studio. Located at 17486 US-84 in Santa Fe, it was earlier a 1950s-era casino that was converted into the expansive studio it is today. In addition to half a dozen standing sets, the studio consists of more than 100 acres of undeveloped land with different scenic aspects in its backlot area.

The cast and crew further taped some scenes in Tesuque Pueblo and Española. The former is an unincorporated community and census-designated place in Santa Fe County, while the latter is a city located primarily in Rio Arriba County but with its central and eastern sections in Santa Fe County.

For filming purposes, the production team also sets up camp at Cochiti, a census-designated place in Sandoval County. Located a few miles southwest of Santa Fe, it is considered a historic district as it is listed on the National Register of Historic Places. Being a historic district makes it an ideal location to film a series such as ‘Dark Winds’ as it is set in the 70s.

Since most of the narrative is set in the Navajo Nation, it is only fitting that the production team of ‘Dark Winds’ utilizes different locales across the Native American reservation. In particular, they reportedly filmed several pivotal sequences for the first season in Kayenta, a census-designated place in Navajo County, Arizona. Also known as Navajoland, the Navajo Nation occupies portions of northwestern New Mexico, northeastern Arizona, and southeastern Utah.

A significant portion of the first season of ‘Dark Winds’ was also recorded in the southern region of San Juan County in Utah, including Mexican Hat and Monument Valley. While the former is a census-designated place on the San Juan River, the Monument Valley is a region of the Colorado Plateau situated on the Utah-Arizona state line. It lies within the territory of the Navajo Nation Reservation.