Where is Darrell Hammond Today? 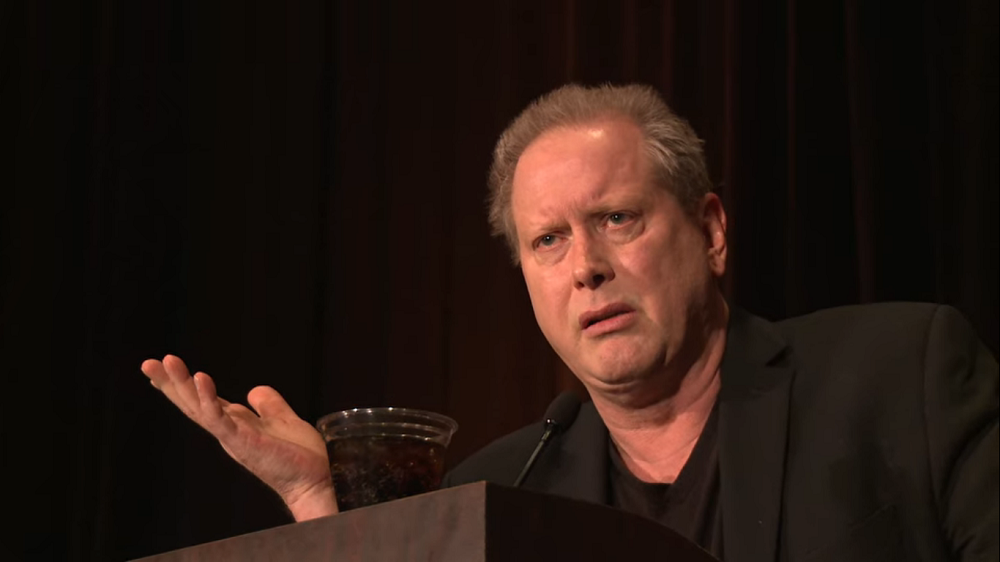 Netflix’s new documentary, ‘Cracked Up,’ allows you to witness the terrible impact of childhood trauma through the moving story of ‘Saturday Night Live’ star Darrell Hammond. The film reveals how the comedian/actor went through extreme abuse as a child and how it later rippled down to his adult life, almost destroyed him. Apart from that, the film also reflects on how he was able to dig old graves and boldly deal with these traumas and also gives us a glimpse of his extremely long run with SNL.

Who is Darrell Hammond?

Darrell Hammond, who was born on October 8, 1955, is known to be an American actor, stand-up comedian, and a brilliant impressionist. As he mentions in his documentary film ‘Cracked Up,’ he got his knack for impressions from his mother who, according to him, was even better at it than he is. As an actor, he starred in several films including ‘Agent Cody Banks,’ ‘Scary Movie 3,’ and ‘Epic Movie,’ among many others. He is also known for supplying E.T’s voice for Universal Studios Florida and also, his 14-season tenure at Saturday Night Live, making him the longest-running cast member of the show.

From a young age, Darrell Hammond admittedly struggled with alcoholism and cocaine. Much later, in 2011, during an interview with CNN, he revealed that he was brutally abused by his mother when he was a child. As a consequence of all of this, he was later even hospitalized due to several psychiatric issues and diagnoses including schizophrenia, bipolar disorder, and borderline personality disorder. Hammond later wrote a memoir, titled God, If You’re Not Up There, I’m F*cked, which addresses all the trials and tribulations of his past and also his experiences at ‘Saturday Night Live.’

Where is Darrell Hammond Now?

After his 14-year run at SNL, Darrell Hammond finally retired from his role as a repertory player and in 2014, took over the show as an announcer. Since he began his career as an announcer at the show, he has appeared in several skits, often reprising his renowned Clinton and Trump impressions. In 2016, he moved back to New York after Trump won the nomination. With this, Hammond expected that he would be able to appear on the show more often—on a weekly basis perhaps—while the elections were on.

However, Alec Baldwin’s impression was chosen because it seemingly had a more contemporary feel to it. On October 26, 2020, Alec Baldwin returned to the Studio 8H stage for another episode of SNL and along with him, even Hammond reprised his impersonations of Trump. According to reports, Darrell Hammond will also be a guest star in TruTV’s ‘At Home with Amy Sedaris’ Season 3, which is scheduled to release on May 20, 2020. Earlier this year, in February, the SNL veteran performed four standup comedy shows at two Zanies locations which included one in Chicago and the other one in Rosemont.

Darrell Hammond also has his own podcast “Darrell Hammond Saves the World” and was even interviewed KNX 1070 NEWSRADIO in February 2020. Here’s a clip from this interview:

Darrell Hammond is also an “artist in residence’ at Hollywood Improv Comedy Club where he continues to move his audience with his comedy. Apart from that, he also appears frequently on CBS’s ‘Late Show With David Letterman‘, and NBC’s ‘The Tonight Show With Jay Leno‘, and ‘Late Night With Conan O’Brien‘.