What is Darrell Hammond’s Net Worth? 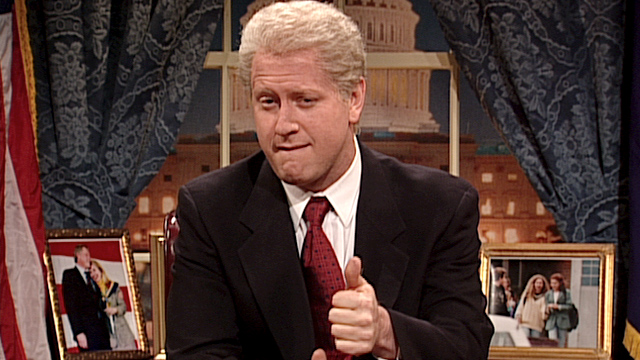 Darrell Hammond is a comedian born in Melbourne, Florida. He has also garnered a reputation as an actor and impressionist. Hammond attended the University of Florida, where he earned a B.A. in Journalism. However, he found a passion for performing while he was still a student. After his graduation, he moved to New York to pursue a career in comedy.

Hammond started off working as a cruise ship comedian apart from partaking in a few other gigs. However, his big break came in 1995, when he joined ‘Saturday Night Live’ as a cast member. He’s been a regular part of ‘SNL’ from 1995 to 2009 and has been the announcer since 2014. Naturally, you might be curious about Darrell Hammond’s current net worth. We have got you covered in that regard.

How Did Darrell Hammond Make His Money?

Darrell has made most of his money from his appearances on ‘Saturday Night Live.’ When he departed from the show at the age of 53, he had the distinction of being the oldest cast member in the history of the series. He has also made more appearances than any other cast member and happens to be known for his impressions of celebrities like Bill Clinton.

He took over as the announcer after Don Pardo’s demise in 2014. However, Hammond managed to squander away a fair bit of the money he made from his ‘SNL’ appearances. In a 2015 radio show interview, he said that the earnings from 12 years on ‘Saturday Night Live’ were mostly squandered away by an investment manager. At one point, Hammond went to the bank to find out that he just has $12,000 in his account.

However, he has managed to turn things around since then. The comedian recovered mostly due to his book deal, the new work coming his way, and the fees charged for personal appearances. Notably, Hammond has written a memoir titled “God, If You’re Not Up There, I’m F*cked.” He recounts the troubles during his childhood, including substance abuse, and his experiences on ‘SNL.’

Hammond also has quite a notable career in acting. He made his Broadway debut in 2007 and has appeared in shows like ‘Criminal Minds,’ ‘At Home with Amy Sedaris,’ and ‘Law & Order: Special Victims Unit.’ The comedian has notable films under his belt like ‘Agent Cody Banks’ and two installments in the ‘Scary Movie’ franchise.

Naturally, with an expansive career in the entertainment industry, Hammond has managed to amass a fair bit of wealth, despite the financial fiasco that hit him after his ‘SNL’ gig. Our estimates indicate that as of 2020, Hammond’s net worth is close to $5 million. Interestingly, Hammond also happens to be one of the wealthiest comedians born in Florida. Considering how much fame he has earned as an entertainer, Hammond’s net worth seems justified.