Where is Dave From The Great British Baking Show Now? 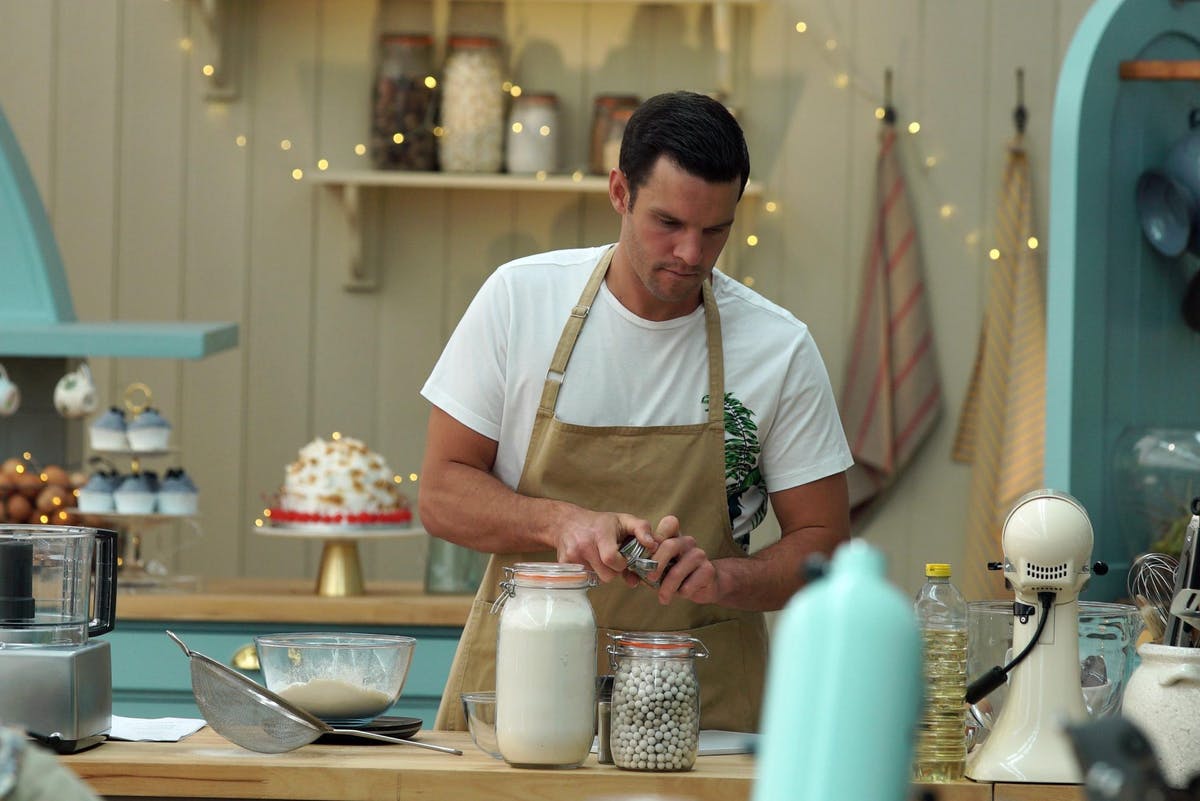 ‘The Great British Baking Show’ or ‘The Great British Bake Off’ (as known in Britain) is by far, one of the best culinary shows out there. The concept is simple – a group of home bakers competes against each other to prove their mettle. But it is not just about baked goods. The hosts, Noel Fielding and Matt Lucas, maintain an easygoing milieu, whereas the judges, Paul Hollywood and Prue Leith, continue to inspire.

However, the challenges are not easy at all. After all, it holds universal acclaim for providing “escapist entertainment at its sweetest.” Out of all the talented bakers, one contestant who caught our eye from the get-go is Dave Friday. If you wish to learn more about his whereabouts, then we have got your back.

Season 11 started off with Cake Week, and for the signature challenge, Dave Friday created a Chocolate Espresso Martini Battenberg cake. In the technical challenge where contestants had to make 6 Upside Down pineapple cakes, he placed 9th. Lastly, for the showstopper challenge, he created a cake bust of Tom DeLonge. In week 2, however, Dave completely turned the tables. For the first challenge, he made Feathered Chocolate Mango Florentines. 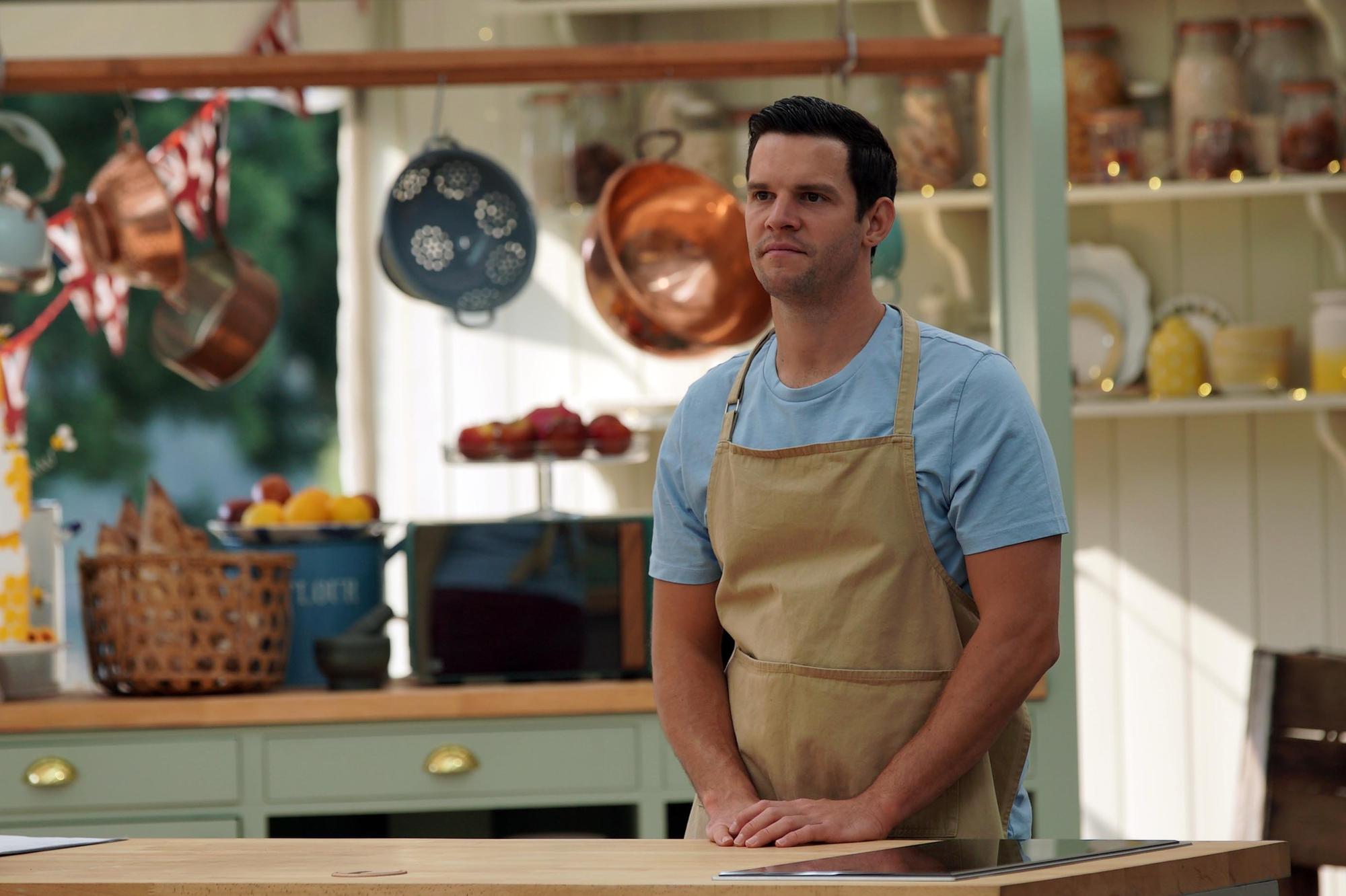 He also stood first in the technical challenge, which had the bakers recreating 12 hand-shaped coconut macaroons. For the showstopper challenge, Dave put his heart and soul into creating a taco-themed 3D Biscuit Table Setting. For his effort that week, he was awarded the title of Star Baker. Although in week 3, Dave failed to impress the judges, he bounced back by weeks 5 and 6. For pastry week, he chose to make Thai Basil Chicken Pasties.

In the technical challenge where contestants had to make Eclairs, he placed 5th (which is not bad, considering that it is not an easy dessert to make in the first place). He sealed the deal with his Chocolate, Mango and Lime Tart. Dave’s phenomenal performance continued into Japanese Week, where he impressed the judges with his renditions of Chicken Shaped Katsu Curry Buns and Matcha Shiba Inu cake.

Moreover, he placed 3rd in the technical challenge that had the participants making Matcha crepe cake. While week 7 and week 8 had their own set of challenges, he managed to stay afloat in the competition. With week 9 being all about Patisserie, all participants were a bit nervous. But they marched on, and Dave made 12 Honey Tequila, Passion Fruit & Mango Savarins for the showstopper challenge. After placing 3rd in the technical challenge, he created the Celebration of Chocolate Cube Cake. Dave secured his spot in the finals.

But the pressure was definitely on. He created 8 Caramel Latte Custard Slice for the signature challenge. Dave really proved his skills by coming 1st in the technical challenge, in which Prue had asked the bakers to make 8 identical walnut whirls. Lastly, he made the Tower to Redemption for the showstopper challenge. Despite a brilliant performance, Dave did not take home the crown. But that’s quite alright since he proved that he definitely was one of the best home bakers out there, and gave Peter a run for his money.

Where is Dave Friday Now?

According to Dave’s Instagram, he became a new dad in October 2020, which is wildly exciting! His son’s name is Ronnie, and his feed is full of adorable photos of his family that includes his partner, Stacey, and his pet dog Yoki, a Japanese Shiba Inu breed. Dave has cut down on baking a little, but that’s understandable with a newborn in the house. (However, that does not mean that he has given up on the craft completely). Furthermore, he wishes that Ronnie and he can get into baking together as he grows up.

Read More: Where is Laura Adlington From the Great British Baking Show Now?