Where is David Glatzel Now?

The eighth movie in ‘The Conjuring’ horror universe, ‘The Conjuring: The Devil Made Me Do It,‘ takes paranormal investigators, demonologists, and authors Ed and Lorraine Warren to Brookfield, Connecticut, where they try to figure out a demonic possession case that reached the State’s Superior Court in late-1981. While this movie dramatizes it, the alleged possessions of Arne Johnson and David Glatzel, the murder of Alan Bono (Bruno Sauls in the film), and the trial of Arne all took place in real life. So now, because it’s been a long time, let’s find out where David Glatzel is today, shall we?

Who is David Glatzel?

In July 1980, 11-year-old David Glatzel was assisting his sister’s boyfriend, Arnie Johnson, clean up a flat he was moving into when he claimed that he came across an older man who threatened to harm him for preparing the shift. However, this was not a one-time incident. As time passed, David not only said that he continued to see the man, but he also had horrible nightmares and delusions that led him to scream in the dark, growl like an animal, and talk about murders and stabbings. On occasion, David even quoted ‘Paradise Lost’ and woke up with unexplained bruises on his body. 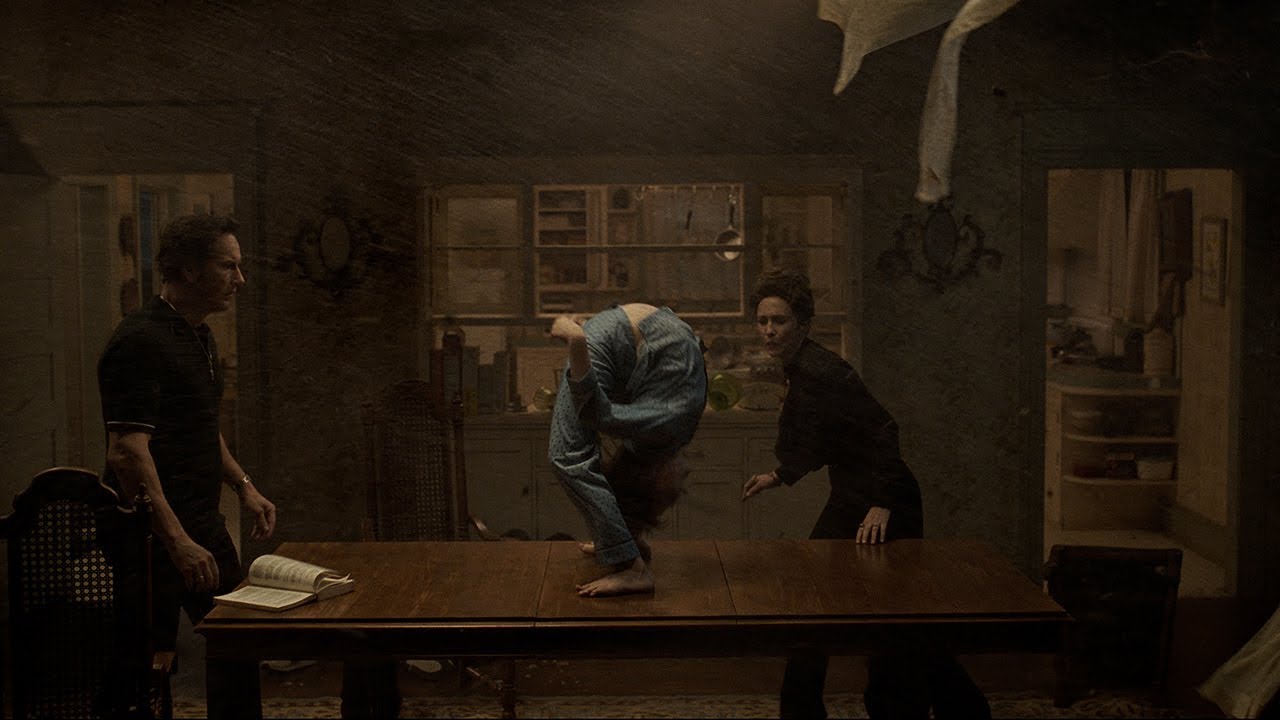 As per David’s mother, the elderly man, or animal-like “beast” as he called him, was described by her son as someone with wicked characteristics — “big black eyes, a thin face with animal features and jagged teeth, pointed ears, horns, and hoofs.” David seldom lied or favored spooky things, which meant that his family believed him and started to look for ghost hunters or exorcists as soon as the daytime incidents began. After all, the beast now bore a “white beard” and was “dressed in a flannel shirt and jeans.”

David’s parents enlisted the aid of demonologists Ed and Lorraine Warren, who brought along three separate priests for a series of exorcisms on him. But things took a turn during one of the rites, when Arne, Debbie Glatzel’s boyfriend, in an attempt to save the child, allegedly “leaped up and cried to the demon, ‘Come into me, I’ll fight you, come into me.'” From that point on, Arne was supposedly possessed as well, ultimately leading to the February 16, 1981 stabbing death of Arne’s landlord, Alan Bono.

Is David Glatzel Dead or Alive? Where is He Now?

David Glatzel prefers to live his life well away from the media limelight and public scrutiny. Therefore, the details of his current whereabouts are non-existent. With that said, we do know that David and his elder brother, Carl, sued Gerald Brittle and the Warrens for unspecified financial damages for the novel ‘The Devil in Connecticut,’ on the grounds of lying, violation of privacy, and causing “intentional affliction of emotional distress.” The case was dismissed soon after, and the file was subsequently destroyed.

Furthermore, while Carl, who was 18 when the book came out, has since left Connecticut and built a construction business because he “never did believe in the [demonic/devil posession] bulls–t,” David has kept himself distant from everything. Carl himself has revealed that his brother is doing much better in recent years, having healed from the mental illnesses that tormented him as a kid — a torment that led many to report that a total of 43 demons purportedly possessed him.