Where is Derry Girls Filmed? 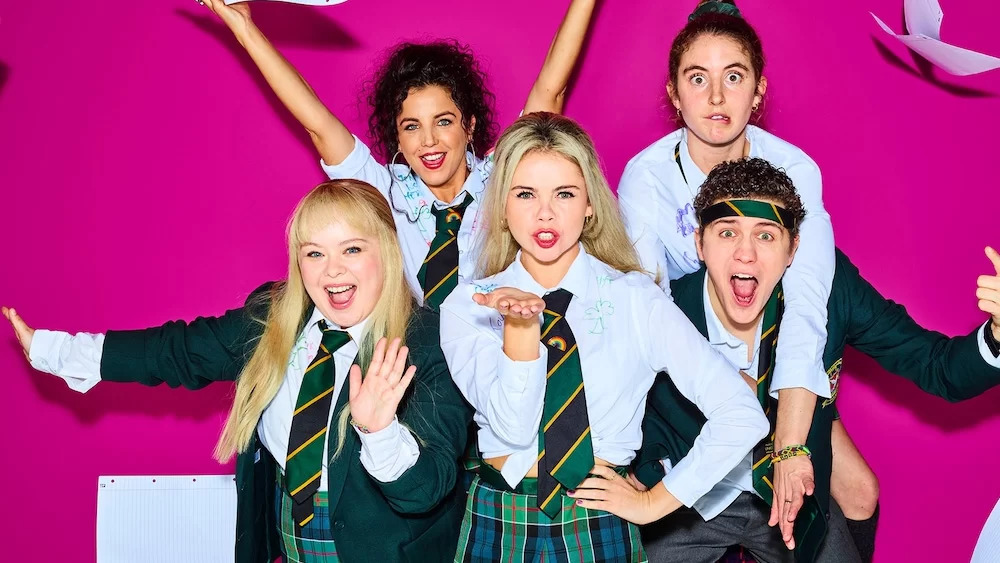 Created by Lisa McGee, Channel 4’s ‘Derry Girls’ is a British teen sitcom inspired by McGee’s personal experiences growing up during the final years of an ethnic-nationalist conflict known as the Troubles. Set in the 1990s, the narrative follows the lives of five teenagers at the Our Lady Immaculate College, a fictional girls’ Catholic secondary school based on where McGee actually studied, Thornhill College. The group of friends often gets pulled into bizarre situations during the Troubles, thanks to the political unrest and cultural divides that the conflict causes.

The hilarious take on a serious subject such as the Troubles keeps things interesting and light through each episode of the comedy series. Moreover, the setting of the 1990s and the use of different locations throughout the narrative are likely to make you eager to know where ‘Derry Girls’ is shot. Well, you are in luck because we have all the necessary details about the same!

‘Derry Girls’ is filmed in Northern Ireland and Ireland, particularly in the counties of Londonderry, Antrim, Down, and Donegal. The shooting for the inaugural iteration of the Channel 4 series reportedly began in May 2017 and concluded in July 2017. As for the sophomore round, the production started in October 2018 and seemingly ended in December 2018.

The principal photography for the third season was supposed to begin in the spring of 2020 but the COVID-19 pandemic got in the way. After several months of delay, shooting for season 3 finally commenced in October 2021 and wrapped up in December of the same year. Now, let’s not waste any time and navigate through all the specific sites that appear in the British show!

Since a majority of the story is set in Derry, as the title suggests, most of the shooting takes place in County Londonderry AKA County Derry, one of the six counties of Northern Ireland. Apart from shooting several countryside shots in Londonderry, the filming unit sets up camp in multiple sites across the city for shooting purposes, including Dennis’s Wee Shop on Westland Street (now-closed), Foyle Valley Railway Museum at 1 Foyle Road, and Bogside Stores at 13 Meenan Square.

Furthermore, the production team utilized the locales of many other sites in the county, including Magazine Street, Derry City Walls, Limewood Street, River Foyle, The Third Bridge, and Guildhall Street in Londonderry.

Many pivotal portions of ‘Derry Girls’ are also taped across County Antrim, another one of the six counties of Northern Ireland. First and foremost, there are two different sites that stand in for the fictional Our Lady Immaculate College in the series. They are Hunterhouse College on Upper Lisburn Road in Finaghy and St. Mary’s University College Belfast at 191 Falls Road, both in Belfast. A property in the New Barnsley Park in Belfast serves as Erin’s house in the show.

In addition, Smithfield Market on Winetavern Street in Belfast stands for the shopping center where the girls shop for their prom dresses. The interior scene when Clare witnesses a weeping statue of Mary was recorded inside the Parish Church of St. George at 105 High Street in Belfast. Other than that, the cast and crew members set up camp in various other sites, including John Long’s at 39 Athol Street in Belfast, Brennan’s Chippie at 29 North Street in Belfast, and Barry’s Amusements (now known as Curry’s Fun Park) at 16 Eglinton Street in Portrush.

A few important sequences for ‘Derry Girls’ are lensed in County Down, bordering County Antrim to the north. The Wee Store at 70 Killard Road in Ballyhornan doubled for the Burt taxi booking office in the second season. Moreover, the train scenes in season 3 were taped in Downpatrick and County Down Railway on Market Street in Downpatrick.

For shooting some additional portions of ‘Derry Girls,’ the filming unit stopped by County Donegal, an Irish county in the province of Ulster. A few on-location shots were recorded for the series in Burt, a parish in County Donegal. Situated in the northwest corner of Ireland, right next to Northern Ireland, County Donegal is named after the town of Donegal, which is in the southern part of the country.