Where Is DJ Law Today? 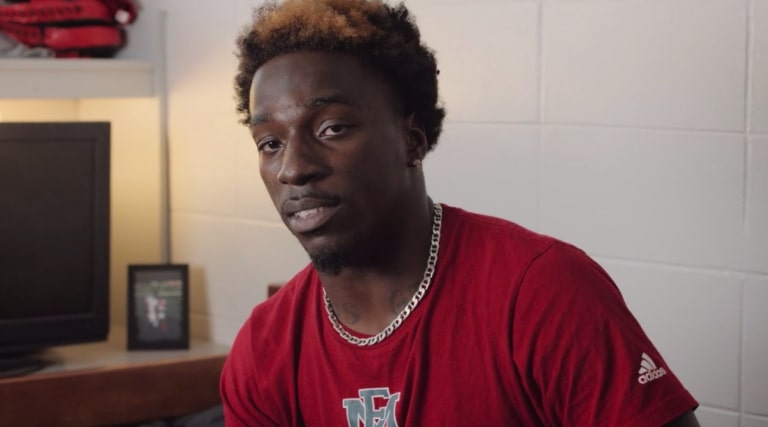 For its fifth season of portraying junior college football, ‘Last Chance U‘ traveled to Oakland, California. But, before that, it spent a few years following the football programs at two different colleges: the first two seasons were set in East Mississippi Community College, and the next two, in Independence Community College in Kansas. The series focuses on the individuals who play just as much as it focuses on the importance of the game. It is about football in the trenches- real, raw, unvarnished. And, with the addition of the emotional story arcs of the young men trying to live and accomplish their football dreams, it has us hooked.

One such young man, who we saw in the very first season of the series, back when it premiered in 2016, was the standout Lions’ Running Back DJ Law. Curious to know more about where he is now and for whom he plays? Here’s what we know.

Who Is DJ Law?

Born on November 6, 1994, Dacorius “DJ” Law was raised in Haines City, Florida. At one point, he was one of the most talented running backs in the State of Florida, having a beast of a career coming out of high school. But, when the time came for him to decide on which college to play for moving forward, he had a bit of trouble. He originally committed to Ole Miss, but then, the next day, he switched it up and decided on Utah. Ultimately though, he ended up signing with East Mississippi Community College, where he stayed enrolled for two years. He was on the football team in both playing seasons, rushing for 1,158 yards in total.

Although family and academic issues always seemed to intervene with his plans, he never once faltered. DJ did feel like he was missing out on his son growing up, who was born in April 2013, and was living in Florida with his mother, but he wanted to play and make something of himself so that he could give his family a better life. Therefore, when he got the opportunity, he signed with the University of Alabama at Birmingham and decided to play for their football team. He was named the starter, but because of an unforeseen knee injury, he had to be benched for his entire first season there.

Where Is DJ Law Now?

Even though DJ didn’t play that season, he, fortunately, didn’t lose any eligibility. He was expected to take on a massive role in the Blazers’ run game in 2017, but he left the program. It was insinuated that it was because he couldn’t meet the academic eligibility criteria. Thus, DJ was on the move again and had to decide whether he would play for NAIA or Canada next. But, it was not that easy. Since he didn’t have a complete scholarship, he owed UAB $8,800, and, of course, until he paid that amount, he couldn’t get his transcripts. Thus, he began working and even had a GoFundMe page to get everything sorted.

However, things didn’t go as planned. Recently, DJ Law was arrested for being out past curfew and having alcohol in his car. In 2018, he was charged with two counts of domestic violence, with aggravated assault and aggravated cruelty to animals. His charge also included theft of a motor vehicle, aggravated kidnapping, and violation of an order of protection. DJ had strangled a woman and beat a dog in Louisville. And, by being out and having alcohol, he was violating his previous charges. He is out from jail on bail.

DJ’s football dream and career is far from over, though. He has been signed by the Amarillo Venom Football team – a professional indoor football team in the Champions Indoor Football League – as a Wide Receiver and Full Back.